Can I Talk to You After Class? 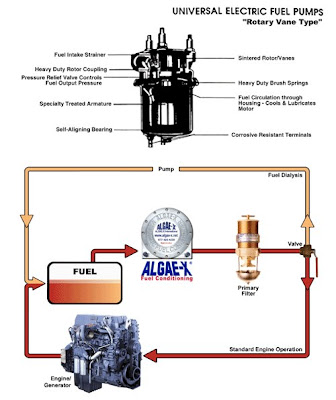 In the middle of a rousing class session, during which I assigned the persuasive essay and outlawed the topic of abortion (never a good subject for a two-page paper written by untried students who still live at home), a 19-year-old student named Mindy came up and asked me if we could have a private moment after class. Denying my impulse to shout “NOOOO, for you see I have a date with 8 ounces of raspberry yogurt up in my office at roughly 12:04 p.m.,” I assured her my every breath would be applied to realizing that future meeting.

Twenty minutes later, when the room had cleared, she came bopping up.

“What I have to tell you is…well, this is hard to say to you because you’re, like, who you are, but, um…I think I have herpes.”

Since I don’t, and I’m only her English teacher and therefore–shout out to the Marquis de Sade, Oscar Wilde, Anais Nin, Henry Miller, and Erica Jong–am only vaguely equipped to diagnose STD’s, I wasn’t exactly clear as to why Mindy had stayed after class to provide me with this information. Was I to hug? Apply cream? Create an Excel spreadsheet tracking her outbreaks?

Me, after some mulling: And, so, is that why you didn’t have your rough draft today?

Her, dodging the question in a rush of “logic”: I went to the doc last week to have her look at it, but when I got to the clinic, no one was there. I only have an OBGYN now that my other doctor died–did you hear about that? It was in the paper. So I can only see my OB, and if she’s not there, I’m done. So anyhow, I have no phone, no computer, and the fuel pump went out in my car, so I can’t drive to school right now. Sure, I can catch rides with my boyfriend, but that’s actually keeping me from dumping him, and he was on a one-month plan with me, and then he was going to be out. Now he’s trying to find me a new fuel pump, but last time he got me a car repair, he hired a crackhead who was so high he didn’t put in any calliper screws, and the car was even worse after he fixed it, and I eventually had to push it into a different place and pay, like, three times as much, and now my boyfriend has found me a $20 fuel pump, which I bet is made out of Mt. Dew cans and Skoal. Did I tell you I’m afraid my three-year-old is going to get kicked out of daycare right now because I can’t pay–is it too late to apply for a state daycare grant thing for next semester?–so my baby’s daddy’s grandma is watching my daughter today, but the kid is all gross and dirty when she gets picked up from Nana’s house, and so do you ever offer extra credit in this class?

Me, squaring shoulders and unfloobernoodling my brain: I, so, well, um, what? Oh, yes. I can see how herpes makes it hard to get daycare. So, hey, you’re very good natured in the face of all these stresses. I’m sorry I’m laughing, by the way, but you’re making this all kind of funny. There’s something kind of charmingly carefree about you, as you relate your woes.

Her: Ah, f***, I was raised like this. We never had any money or anything, especially after my dad left, so everything’s always a fight. Hey, I want to learn Spanish. Will they teach it here next term? I have a good Cuban friend and a good Puerto Rican friend–I met them when I lived at the YWCA in the Young Mothers’ Program–and I learned some good cuss words from them in Spanish, but I want to learn more. I actually know quite a bit from Dora and Diego. My daughter learned to count to twelve from those shows, and now I’ve taught her to count to thirty in Spanish. So can I take it here? Next term?

Me: Yes, it’s offered pretty much every…

Her: I actually want to learn Spanish because I want to go to San Juan, you know, like in Puerto Rico, and get my butt done.

Her: You know, they take the fat from your stomach and inject it in your butt so that it looks all perfectly round. I looked it up on the Internet. It costs $3,000. I mean, I want to have one more baby one day, and it makes sense to wait to do the butt job until I’m done having kids, so I have time to learn Spanish while I’m waiting, right?

Me, further unflagemallatinging my brain: Well, I guess it’s all about priorities. Learning Spanish is a good idea, no matter your motivation. But how about dealing with what’s on your plate right now? When can you go back in to deal with the herpes? I think we have some programs on campus that offer emergency assistance to students in need; would you like me to contact some people and see if we can find you the money to get your car fixed, so you can get to the doc more easily?

Her: Huh? Yea, that’d be okay, or whatever. I just wanted to know if I can do some extra credit.

Me: Oh? Oh. I got all distracted. You know your life is quite the soap opera.

Her: I know. I only ever watched one soap opera, and they cancelled it.

Me: Well, now. It seems you just can’t win this month, doesn’t it? Here’s the deal: I don’t offer extra credit, as that smacks of high school to me. College is more about doing the work to your best ability in a consistent fashion. Plus, as I look at your grade here, I see you have–against all odds–a B. That’s great, so stop worrying. Just get your paper written by Wednesday. Do you have a topic for it yet? Remember, I always urge you to find a topic that you have experience with and that relates to your own interests and life so that you can draw your examples from what you’ve actually lived.

Her: Yea, I’ve got a topic, and it’s a good one: alcoholism.

26 responses to “Can I Talk to You After Class?”