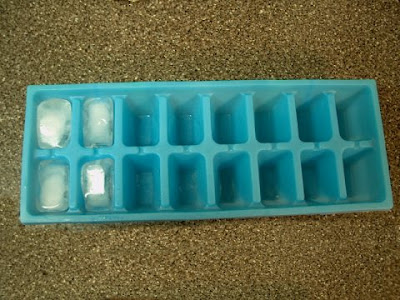 In the world of education, the last couple of decades have focused on buzzwords like “collaboration” and “group work” and “experiential learning.”

Of course, that means my kids’ curricula at the local music magnet school—where, according to promotional materials, every aspect of the school day is “infused with music”—are largely based around work sheets and spelling tests.

Although it would be easy to fault teachers for the lack of creativity, I can’t. From what I’ve seen, public school teachers are to be admired for getting out of bed in the morning, even more for retaining remnants of passion for kids, this despite the fact that their rooms are stuffed full of 34 wriggling bodies; that many of those bodies might not have had enough food or sleep or intelligent input in their lives; that their best hours are often focused on teaching children to use No. 2 pencils to fill in bubbles, lest a single child be left behind; that they must adjust to amazing new curricula every single year, rarely getting the opportunity to refine something they’ve already tried out; that they are expected to sit on committees and wade through politics during the hours they might be working with students or realizing cool new classroom projects like building a mass spectrometer out of empty paper towel tubes and Hubba Bubba.

As my sister, a teacher of some twenty years (and who, one year, spent $4,000 of her own salary purchasing classroom materials), notes, “If my job were just about being with the kids and interacting with the parents, instead of all the other added-on junk, it’d be easier to like.”

Fortunately, teachers are able to compartmentalize the crap and do try to break up the monotony of fill-in-the-blank learning. Every now and then, they get to work in more dynamic ideas. Or, okay, more realistically, they work in ideas that don’t involve circling a), b), or c). And we’ll call that dynamic.

For example, Girl’s third grade class occasionally has the opportunity to take its worksheet-based curriculum to the next level and do the type of training that will ready them, one day, to become corporate drones.

Yup. They get to do Power Point presentations.

Upping that thrill, they recently got to choose their own topics and compile a “How To” presentation on any subject that thrills them, that they think their classmates need to know about, that they feel is complex enough that it needs breaking down into its specific steps.

Naturally, then, Girl, whom I’ve pegged as a future Human Resources Director, chose to do hers on “How To Make Ice.”

Several demonstrated how to make peanut butter and jelly sandwiches. Three did theirs on how to snowboard.

Poor, beleaguered Ms. D must have thrown her worn-down pumps (yet, strangely, they feel like sneakers) into the air the day one girl went through the steps of how to construct a bed for a paper doll.

The other part of the learning equation, the parents, played into these presentations, as well. When Girl came home and reported proudly what she’d chosen for her topic, Groom and I locked eyes and silently vowed not to demand, “And how exactly do you turn a two-step process into an entire Power Point slide show and speech??? HUH????????? What’s more, look at how you haven’t even started this thing, and already we’re using multiple question marks to stress our bemusement, as though they strengthen our sense of disbelief and as though you can hear our punctuation! By the way, that last sentence ended with an exclamation point!!! And that one ended with three of them because we were really vehement!!!!!!!!!!”

Our restraint in the face of her underwhelming topic choice stemmed from a long-honored parental strategy called Stuffing a Sock In It. Matching her seriousness of purpose, we vowed to support her by providing all the water and trays she might need. Even more, we promised to move the vodka when the time came to freeze. In fact, with the freezer so full of test trays, it seemed best to clear out the vodka all together.

As the week went by, and Girl put together her Power Point at school, chipping away at the, er, ice, Groom and I would relax on the couch at night and remove the sock from our collective parental mouth.

“Do you think she could put in a slide entitled ‘The Importance of Ice at the Bottom of a Tumbler Glass, Especially If It Contained Bailey’s Irish Cream–Which, in Its Heavenly Way, Deposited Remnant Creaminess into the Cold Chips, a Creaminess Which Then Caused the Drinker to Crunch and Suck on the Cubes in a Way That No Third Grader Should Witness’?” I wondered aloud.

Continuing, I noted, “Do you think we should mention to her that diamonds are often called ‘ice’ and so maybe she should have a little section about blood diamond mining in Africa? If we make some calls on that special red telephone in the kitchen–you know, the one Stephen Spielberg stopped by and installed next to the toaster last year, to be used only in the case of a celebrity emergency–do you think we could get Leonardo di Caprio and Djimon Hounsou to stop by the elementary school while she’s talking? They could do something with puppets, and hell if that wouldn’t be worth extra credit.”

At this point, Groom interjected, “What I’m worried about is that she’ll get so focused on the whole ‘freezing water’ aspect that she’ll forget to mention meth labs and how a very special kind of ‘ice’ gets to the streets. In a way, she’d be neglecting an entire population of drug addicts, and that could count against her when Ms. D does the final tallying.”

Stifling a tiny burp, I concluded, “If Ms. D has the audacity to mark down an 8-year-old who’s still getting up to speed with things like, well, speed, then we only have one option, right?

bad movies Leonardo di Caprio has made that are still better than Titanic, how to bore 3rd graders stiff; ice; Girl

22 responses to “Take Heed ‘Cause I’m a Lyrical Poet”