Try Honoring Thy Child for Damn Once

While I like to pretend that I channel Julie Andrews as Maria Von Trapp and yodel through life as though I’m about nothing more than playclothes for the children and enjoying myself high on a hill with a lonely goat-herd,

the truth is I do get irritated sometimes.

Early in life, I got irritated when my brother and sister would sit on me or trespass into my personal space. In retrospect, I’m irritated that so many photos of me pinned beneath my siblings exist because this meant my mom continued taking pictures instead of intervening to help me get a single breaf in my body. 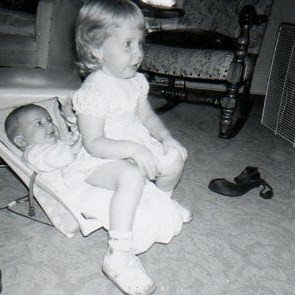 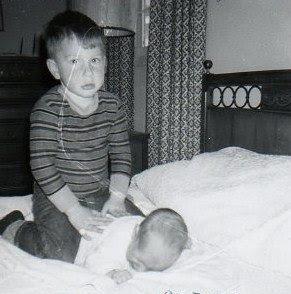 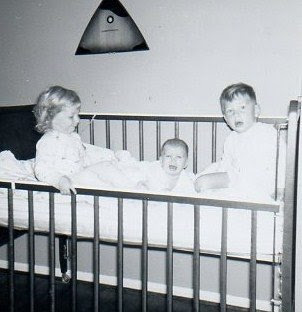 Not that, um, I have any photos of my own children in distress that I insisted on taking because it cracked me up. 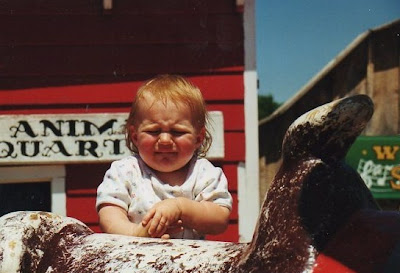 Later, I got irritated when a junior high counselor looked at my 5’ 6” body at 120 pounds and called my parents in for a meeting to ask, “So, do you think her weight might be a problem?” The deeper piss was that I then had to sit there and endure the three adults in that meeting finding grounds for agreement–as though that wouldn’t still be affecting me, hmmm, let’s see…doing the math…carry the two…30 years later.

Past that, I got irritated in high school when a pushy police officer (no sense of boundaries at all) confiscated the bottle of sloe gin I’d just stashed—at no small risk to myself, considering the prickers—under a yucca plant on the edge of town.

Even later, I got irritated in college when I received my one and only “C.” I got the grade in Russian Literature for a paper over which I’d labored, an essay that examined the symbolism of hair in the Russian novel. Apparently, the professor didn’t buy my thesis, which argued: “Ineluctably, Russians use vodka to cope with the reality of pervasively bad hair, which ranges from scraggly beards to horrific dye-jobs.”

In my twenties, irritation set in when the gay bar with the best music and every possible good vibration would close at 2 a.m. when I was nowhere near ready to be done dancing. Small solace was the fact that the Wendy’s drive-thru was still open at that hour, so I could savor the balm of eating $1 chicken nuggets while propping my bare feet up on the dashboard.

A new kind of irritation was born along with Girl, whose longest stretch of sleep in the first ten months, whether being held, nursed, or driven around, was 45 minutes. Certain that it couldn’t be worse the second time around, I was stunned when Paco was born and trained me into genuine irritation with his 20 minute spurts of sleep.

In recent years, my irritations have centered around: the works of best-selling putter-of-words-on-the-page-but-notice-I’m-not-actually-calling-her-a-writer Jodi Picoult (I only threw one of her books once, and even though the sound of it hitting the radiator woke Groom with a start, I’m pretty sure my restraint qualifies me as surprisingly tolerant, as the book actually deserved a bonfire); the Fox Network; a president who derailed anything I still believed the U.S. stood for; and overcooked pasta.

Oh, yes, and one more thing: parents who actively try not to see or know their own kids.

It’s a rare breed, this type of parent, and (to generalize completely) all too often it’s fathers who opt out. Caveat: pretty much, the fathers I hang with rock the parenthood, especially His Groomishness, who has been our stay-at-home for the last nine years; however, in my many and varied eavesdropping spy pursuits in public places, I have observed Fathers Whom I Do Not Know Personally failing to step up. For example, let’s say two-year-old Jo-Jo is at the library, playing at the train table in the kids’ area under the watch of his father. So long as he’s by himself, Jo-Jo works happily on forging an unnaturally-close bond with a locomotive named Thomas, going so far as to bathe the engine in saliva; during this time of contented individual play, Dad can and should keep his head buried in Distracted Codger magazine. However, when another child approaches the table, and Jo-Jo then throws his torso across the table full of engines, covering them possessively and shouting out “No, me no share. You no touchie,” and Dad doesn’t stir or look up to correct his child’s behavior, I get irritated. I rather want to sidle up to Dad and note, “Say, this looks like a time when you could let your kid know that he doesn’t own the world. What he’s doing over there is a kind of passive bullying, you know.”

This little scenario plays out in many venues, but the underlying point—that Parent On Duty just can’t be bothered—gets in my craw, and the words “Heave off your ass, LazyPappy, and take charge of your kid” burble around in my mouth.

Twenty-seven guesses, then, as to how I responded during a quick phone conversation I had the other day, when I called to RSVP for Paco/Niblet to attend a classmate’s birthday party.

Me: “Hi, this is Paco’s mother. My son is in your son’s kindergarten class and received the invitation today for Sonny’s bowling party on Friday night. Thank you so much, and you can count on Paco being there. He’s really excited!”

Me: “So, yes, he’ll be there, and as long as I have you on the line, I was hoping you could give me a few ideas of what Sonny is into, so we could get him a present he’ll really enjoy.”

Sonny’s Dad, dismissively: “That’s more his mom’s department. Call back after 5:00 when she’s home from work.”

Me, starting to gently and repetitively pound my head against the wall: “Oh, yes, I see, of course. As it turns out, though, we were about to head out for an afternoon of running errands, and I was hoping we could pick up something this afternoon while we’re out, so even some general ideas…”

Sonny’s Dad, brusquely: “Like I said, I wouldn’t know.”

Me, still thinking I might force an admission out of this man that he’d actually met his own child, even in passing, say, in the bathroom: “I’d guess since he’s turning six, maybe some Legos would be appealing, or would it be nice for you all to have some more outdoor toys? Do these seem to be things Sonny might enjoy?”

Sonny’s Dad, clearly peeved now: “It looks like you might just have to get him whatever you think.”

At that moment, I reached up and grabbed my tongue between two of my fingers and held it still, lest it begin flapping angrily, “Correct me if I’m wrong, but you do share a house with the boy, don’t you? And since I know you do, might it be possible that you’ve ever had to swear loudly when you’ve tripped over a random, misplaced toy on the floor–as you’ve stomped from your plasma tv in the den towards the kitchen to retrieve yet another beer from the fridge—and when you’ve looked down to see what the offending object is, you’ve noticed that it’s something that the child begot of your own loins plays with some times? Then, as you have plucked it out of your foot, have you ever noticed something specific about it, such as the word ‘Pokemon’ or ‘Star Wars’ printed across it? Assuming any of this has ever happened, could you be bothered to take one second out of your day right now and mutter those words at me so that I don’t spend my money on a badminton set when all Sonny really wants is an Ariel Barbie?”

Me, releasing my tongue and wiping my fingers on my pants: “Yes, indeed. It would seem we’ll have to wing it on this one since Sonny’s preferences remain a mystery to everyone. Thank you so much for your time.”

Ultimately, Paco chose something for Sonny that he, himself, would like (a newly-released trading card game). Two days later, at the bowling alley, when Sonny opened the gift, he hugged Paco and exclaimed, “Cool! I totally wanted this!”

Right about then, Sonny’s Dad, having swung by the party for a few minutes–as such irritating fathers do–wandered up to Paco, tousled his hair absentmindedly, and commented, “Happy birthday, son. Darned if you don’t look more like me every day.”

23 responses to “Try Honoring Thy Child for Damn Once”