Ain’t We Lucky We Got ‘Em

During the 1980’s, I attended junior high, high school, and college. To recap that, for those of you Distractites who are reading this with one eye locked onto The Housewives of East St. Louis, I was an adolescent of the ’80s. Thus, all of my worst hormonal moments of wracked self-esteem were accompanied by the soundtrack of Kajagoogoo singing “Too Shy” and featured me, in a regrettable Flashdance/Madonna fusion, wearing a slashed-up sweatshirt and fingerless lace gloves.

Continuing to employ our magical time machine (borrowed from J.J. Abrams, who, now that he’s done creating an alternate timeline in the new STAR TREK movie, doesn’t need it ’til the sequel) and spiral backwards through the annals of history , we can hop another decade and dial in to the fact that, if Jocelyn was an angst-ridden teen in the ’80s, she was also a child of the ’70s.

And the cool thing about the elementary school years plus the vibe of the 1970’s? We kids were free to be you and me, baby.

Even things that, objectively, might have sucked seemed okay and fun because–high five, Tricky Dick–it was the ’70s, and nobody could pin me down!!

Think of it this way: in an era when Carol Burnett wore curtain rods inside her dress; when Hee-Haw taught me to sing “Pffft, You Were Gone”; when guest stars Ruth Buzzi and Jim Nabors were on “The Glen Campbell Goodtime Hour”; when that high-spirited charmer, Little Joe, made Hoss roll his eyes in exasperation on “Bonanza”; when Schneider was both building superintendent AND family counselor on “One Day at a Time”; and when a visiting fundamentalist clergyman made a fool of himself on Walton’s Mountain after drinking moonshine…well, life couldn’t be anything but good.

It occurs to me that the previous paragraph might give the impression that all I did was watch television during the 1970’s, much like you are right now as you read this (prediction about your show: I’m pretty sure Kaison’s husband is going to leave her…for 10-to-life…and Cassoulet’s line of messenger bags “to hold re-ups and pistols” is going to fail, so turn off The Housewives already, and train both eyes on the computer monitor, you slacker blog reader). Indeed, given that I was “firing up the colortini and watching the pictures fly through the air,” how challenging was it, we must wonder, for me to be carefree and tra-la-la when my days were comprised of little more than watching child prodigy Gary Coleman ask his rich, white benefactor, “Whatchu talkin’bout, Mr. D?”

That’s a fair question. Honestly, I spent at least five years of the 1970’s in front of the television. As well, I spent two years making crank calls on a rotary phone (when the party line wasn’t tying up the line), asking one Mr. Thomas Morton of 1405 Poly Drive why, if his fridge was running, he didn’t go catch it!!! What’s more, I spent a cumulative six months of the ’70s walking to the Kwik Way to buy Wacky Wafers with the dime I’d just earned for scrubbing the toilet. Then I spent the other two-and-a-half years of that decade outside, riding my bike around the neighborhood with a pack of kids, playing Cops ‘N Robbers and wondering at what point Lisa Mackin, then twelve, would start actually wearing a shirt when she came out to play (…speaking of late developers…not that we were, but I’m guessing that if you’re sitting there watching one of those vapid Housewives shows, at least some small part of your development is arrested, so let’s just agree that we all need to put on our shirts now and grow up).

I’ll have you know, too, that I also sometimes turned off the television to go to my friend Ruby’s house, where we’d try to make muscles in our arms by doing curls with the soup cans in her pantry. Or sometimes I went to Girl Scouts or ballet class or trick-or-treating, especially to THE MOST-AWESOME-HOUSE-EVER that handed out cans of 7-UP on Halloween.

And if you’ve never seen a house hand out soda pop, then you need to get a passport and travel a little bit, Jonah, ’cause it’s a sight to behold. The shutters actually morph into arms.

Perhaps most notably, one other thing I did when not watching Peter Falk’s crazy eye and fumbling gait on “Columbo” was go out in the backyard and scoop up dog poop.

It had to be done, right? And since my parents were busy with singing and earning pay checks and watching “Maude,” it was left to us kids to do the deed. My sister earned her escape through babysitting jobs and a declared love of CATS (not the musical, so fie on you, Andrew Lloyd Webber, you Danielle Steel of Broadway!). Mostly it was my brother and me, out back, shovels in hand, scooping the poop.

Get this, however: you know how things have changed since the 1970’s, like how people no longer wear hot pants or dumb hats or leg warmers or any of those embarrassing fashion follies that mark that long-ago decade as atrocious? 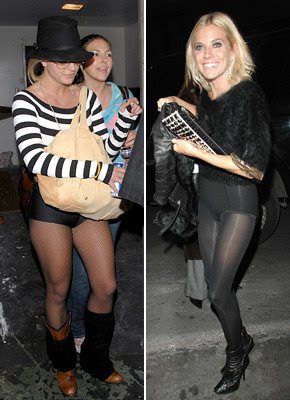 Well, anyhow, some things have changed since the ’70s. I mean, “Facts of Life” is off the air, for one, and that popular, stuck-up Blair is now a homeschooling hardcore Christian who declares on her Website “…the author of my story is my heavenly Father.”

Also, people play Space Invaders less often (strangely, though, Pong continues to rule), and the Marlboro Man stopped riding a horse and lighting up when he died of lung cancer. Or maybe a few days after he died. But eventually, he stopped.

Clearly, then, the world has become a vastly different place in the last 30-odd years. For me, as I think back to my childhood, I see that the main thing that’s changed, outside of the exciting process called Jocelyn’s Growing Boobies, is the aforementioned dog poop.

If your memory is honest, you’re picturing something white and crusty.

This leads me to my point: what ever happened to the white dog poop of the ’70s?

I’ve been pondering this for some time now, feeling nostalgic for the calcified, fossilized dog poop of my youth. Sure, when backyard poop scooping happened, there were also some fresher, browner specimens, much like today’s modern dog poop, but mixed in were always a goodly amount of the dessicated whites.

Solving this mystery is easy enough, I suppose. With new public policies and social contracts in place, people now pick up their dogs’ warm, steaming emissions virtually as they are evacuated, often using that oogy “hand in a plastic bag” approach.

Thus, the poop just goes away, never having its rightful chance to weather the elements and age into art. For those of us who are deeply nostalgic, this is a serious cultural loss. Seriously, I have a 9-year-old daughter who looks blankly at me when I start waxing romantic about white dog poop. “Whatchu talkin’bout, Mrs. J?” she asks.

Lest you feel dragged into the black hole of my woe, I have good news. 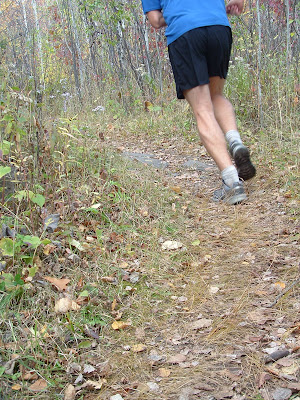 A few weeks ago, after he attended the local Wednesday night trail race–a series of races, in fact, which take place at different trail systems around the area every spring and fall–my Groom came home and announced, breathlessly (not from the running but from good tidings!), “I found it!! I found the white dog poop from the ’70s. It’s out there. We can go see it, if you want. It’s about half an hour from here, on the ‘Bull Run’ course that goes down for about two miles before it then goes straight up for about two miles. Remember that place and how you kind of passed out there that year you ran the race? Anyhow, it’s where the white dog poop lives in this new millenium! I found it. It’s out there, and I have the coordinates. Knowing how excited you’d be, I left the car idling, so pack up the kids and get in. Let’s go get a gyro and sit by the white dog poop while we eat!!!”

You know what, though? Just like it was a bad idea to go back and drive by my elementary school a few years ago–the place was too small, too stripped of emotion, too clinical for my heart’s rememberance–I knew instinctively that it would be wrong to go visit the White Poop of the ’70s. Somehow, seeing it now, with grown-up eyes and tzatziki sauce on my chin, would

diminish a cherished piece of my experience,

re-open a time of yearnings that have since comfortably relaxed,

force me to question the validity of other hallowed memories from that time (could it be “Good Times” wasn’t actually a critical social exegesis?),

and undermine a personal mythology that still, decades later, makes me want to don a white disco suit, hold my pet rock close, and cheer for Mark Spitz to win just one more gold medal.

dog poop, Facts of Life, Good Times for sure, growing up in the ’70s, nostalgia, trail running