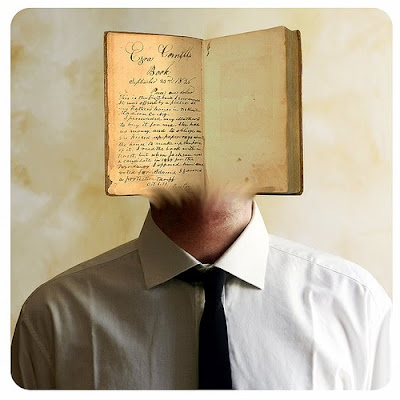 For a variety of reasons, I caved and joined Facebook recently. Since then, the barrage of friend requests has been interesting—bringing me up to date with people I actually have ongoing relationships with, but also, yes, causing me some bemusement. Several times now, I’ve had requests from people I don’t remember at all. I stare at their pictures, trying to subtract 30 pounds and 30 years, and faintly, I hear an internal murmur of, “Didn’t you once go to her birthday party?” or “After she made majorettes in high school, didn’t she look right through you every time you passed her in the hall?” This process becomes even more bemusing when, after accepting that we once were “friends” and, in a complete failure of logic, thereby should continue to be so now, I go back to Facebook to read such barely-remembered people’s comments about how I haven’t changed a bit…and am left thinking, “But, um, really: who ARE you?” An interesting sidenote to this situation is that it is primarily happening with people who never moved away from my hometown; perhaps because they still drive the same roads every day that I drove when I was 15 and cruising around looking for beer, they remember me more vividly than I do them. (most likely, I stick out in their memories because I gave them beer when I scored some; most likely, they don’t stick out in my memory because, after giving them a can of Bud Light, I drank the rest of the twelve-pack)

Outside of the general friending weirdness, I’m not sure I’m feeling the Facebook love, either, just in terms of what having these connections is supposed to achieve. A few people I’m genuinely interested in do post updates nearly every day; this is fun and gratifying. Dear pal Jim: I love knowing that you were a big ole Huck Finn and canoed the Mississippi the other day! Dear friend Kirsten: I am so glad the “tummy tuck” you just had after losing more than 200 pounds due to gastric bypass a few years ago resulted—gawp—in the removal of 18.5 pounds of loose skin! Dear Facebook: now that’s what I’m talkin’ about! However, most of my friends don’t seem to post or comment much–what with the people I’m attracted to having a compulsion towards real life and all–which leaves me wondering why we’re all loitering there in the same cyber corner, cocktails in hand, frozen in the grips of a stilted silence.

Also confounding me are the people whose contributions to my Facebook news stream are about what quizzes they took and how they scored on them. I have twelve levels of snark I could dip into on this one, but the words that sum up my feelings best are these: REALLY? REALLY???? Beyond wading through people’s quiz results about how well they remember the Huxtables and which Transformer they most resemble in real life, I find myself spending time in front of the computer, mumbling “What the eff?” when the news updates from my “friends” report that: “Mike Conrad was farming quietly when a lost cow wandered onto his farm. Won’t someone please adopt this poor cow and take it off Mike’s hands?” The first time I saw one of these now-ubiquitous posts, I thought Mike (who grew up in my subdivision and, um, had freckles, and, er, maybe was a wrestler?) had taken an interesting turn in his adult life and somehow gotten some land and–ooh, fingers crossed–was manning a small organic operation that could be a step towards humanity getting back to good and just food. How odd, me thought, that a random cow had come wandering across his acres, and I did hope it hadn’t trampled his leafy greens, but how even odder, me thought, that the modern farmer solves his livestock dilemmas through Facebook (I was on the verge of messaging Mike and telling him this lost-cow thing could be a terrific chance to up his fortunes: become a passive cattle rustler–a cattle receiver–and raise that poor, lost heifer on delicious grasses, thusly saving it from a life of misery on a feed lot). Just when I was starting to believe, wonder of wonders, that Facebook might provide a really specific service for today’s farmers with fencing problems, I re-read Mike’s post and realized his “farming” is completely a cyber-gameish Facebook activity, and his hands never touch soil, his heinie never leaves the chair, his pitchfork never gets unhooked from the barn wall. Tarnation, but I’m starting to think he might not even have a barn.

The net effect of my Facebooking so far has been reactionary—that is, to garner greater appreciation for Twitter (the 140-character limit actually forces users to create a very specific “voice” for a very specific writing purpose, a fact that doesn’t hurt my English teacheritude one whit; plus, there’s something steady, consistent, and immediate about tweets…they fulfill a certain social impulse) and, woot-woot, to bring me back to the beauties of blogging. In particular, I am renewed in my appreciation for this venue that allows for careful crafting (not that you’d always know it), that fosters exploration and reflection, that urges storytelling, that creates an audience of new readers/friends who don’t necessarily grow only out of previous life experiences who who are drawn to the site through choice. In the face of Facebook, blogging feels like a refreshingly creative and dynamic space. What’s more, I have to censor myself on Facebook, due to the wide range of ages and beliefs of my friends; however, in the world of blogging, while I do hold back from some therapeutic writing about certain experiences and people, I feel fairly liberated, can out-and-out make shizz up and, occasionally, even allude to the fact that I have a vagina. Some of my youngish Facebook friends have ‘em but don’t quite know it yet, and I’d hate to be the one to drop that bomb at their feet.

Or between their legs.

Because ultimately, with some things in life, isn’t it more appropriate to learn about them in the back seat of a car, with a boy whose name you vaguely recall is “Randy” but whose whispers of breath across your cheek make your knees weak with anticipation

…rather than through the computer, from your dad’s cousin’s wife, even when you definitely know her name is Jocelyn and that she needs a Tic Tac?

Facebook, I have no real friends but the computer lets me forget that, stop losing your livestock

31 responses to “Friends Without Benefits”