I never like my kids better–and trust me, sometimes I don’t like them at all–than in the hour before bedtime.

For 9-year-old Girl, who is exploring the vagaries of attitudinal preadolescence, it’s a time when she often announces, “For my book time tonight, I want to talk.” Since she reads consistently on her own, and we therefore have no worries about spooning words into her, “book time” can be anything she chooses; that she opts to conversate (“about my friends” or “about orchestra”) is a boon. As one of my many wise mama friends once noted, “When your kid is ready to talk, no matter the hour of the day, you sit down, shut up, and listen for as long as the window stays open.”

Equally gratifying at the close of the day is Paco. A night owl like his mother, Paco has a Circadian switch that flips on at about 8 p.m. every night, causing him to ask, “For my book time tonight, can you read to me while I dance?” Hell, yea, I can read to a dancing kid. The only tricky part for me is managing to hold the book steady enough to make out the words as I read…because, Britney? Like Paco, I never met a song I didn’t need to bounce around to, so the boy and I roll and jive and spar to the beat, and while we’re at it, I work in a book as the bassline. The whole hullaballoo takes me back to another sage woman friend’s words to me when I was pregnant with Paco; I, unaware of his gender, worried aloud, “Lawsy, I hope it’s another girl. I’m scared of boys. If they’re not hitting something with a stick, they’re jumping off of it.” At that point, my friend said, “Oh, pulease. Boys are heaven. Just think of any 18-year-old boy you’ve ever known and how he is with his mother. You can’t tell me you don’t want that.”

True dat. We’re only a third of the way to 18, and already Paco and I are there. Last night, as we wound down for bedtime, he decided he wanted to be a waiter and write down requests on Post-it notes, which he then would deliver to his dad in the kitchen.

And with that, a long-harbored dream (squeezing out progeny just so they could bring me booze) was fulfilled.

Anyhow, a few nights before he discovered I’d give him a quarter for serving me hard cider, when he was too sweaty from jigging to continue hoofing around, Paco found a new pre-bedtime amusement. 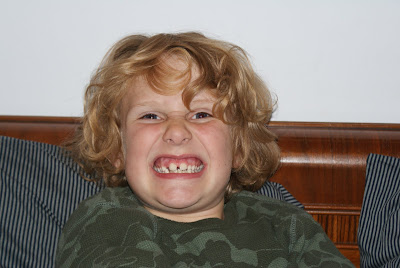 This is the imp with a plan. 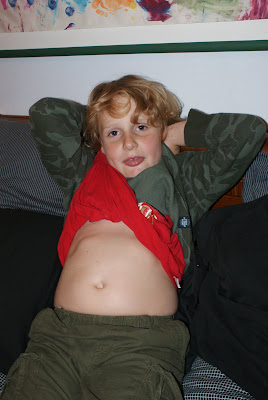 At what point does a soft little belly stop being cute and become distressing?

I only ask because, *cough cough*, I’ve heard that some adults suffer from Big Ole Soft Belly Syndrome, and maybe I could pass on a few words of advice, you know, if I ever ran into any of them. If that advice entails cutting out chocolate or wine, though, maybe your counsel to those anonymous adults should tell me, er, them, to make peace with my, er “their,” jiggly bits. 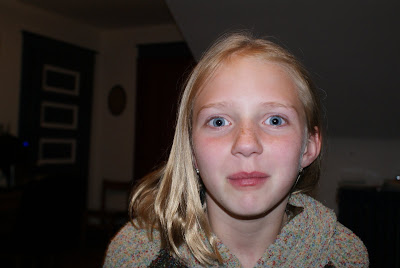 Here’s the sister of the Imp with a Plan. When the Imp’s best friend comes over to play, he has to make pronouncements like, “I sure do like your sister’s cute little sprinkle of freckles, Paco.” 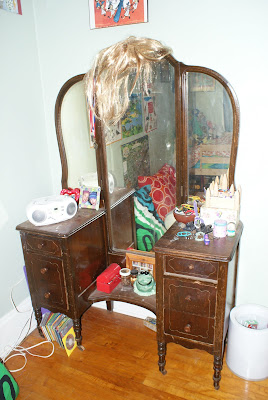 Here’s the vanity in the Imp and Girl’s room. Inside the drawers was Paco-Imp’s inspiration for his new pre-bedtime activity.

Oh, and if you’re gasping at the obviousness of the vanity’s toupee, it’s actually a Hannah Montana wig dangling there on the top, but we don’t tell Vanity that, as he thinks he’s passing for a non-antiquarian when he wears it. 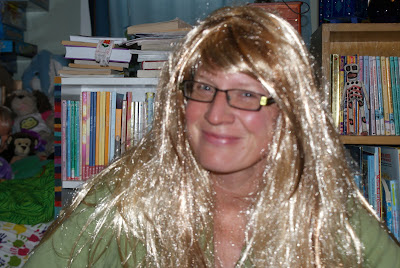 This is the Hannah Montana wig dangling on my top. It makes me feel like I’m passing for non-antiquarian, too.

At any rate, here was the plan: Paco-Imp went through the vanity drawers, collecting dribs and drabs and gewgaws and hizzabits, and decreed, as he dragged everything into the master bedroom: “These are my clubs. They are having meetings tonight.”

Then he busied himself for 45 minutes with setting up, naming, organizing, and fluffing each meeting. 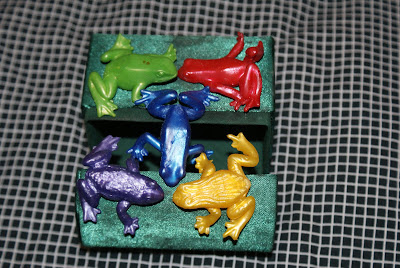 I present to you The Frog Club. 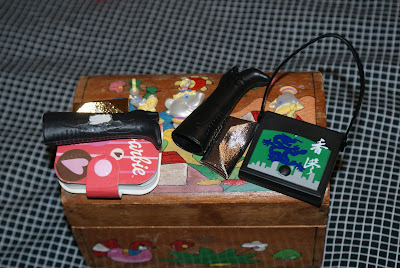 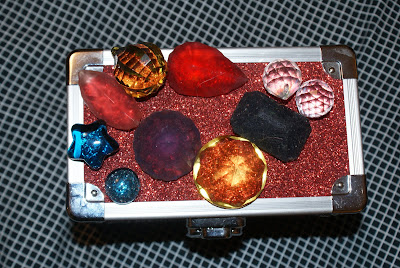 The Gem Club (of this one, I’d like not only to be the president, but also a satisfied client) 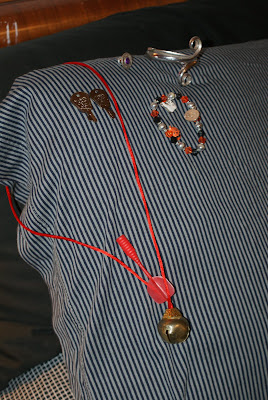 Incidentally, we have pinstripe bedding because it makes us appear professional. 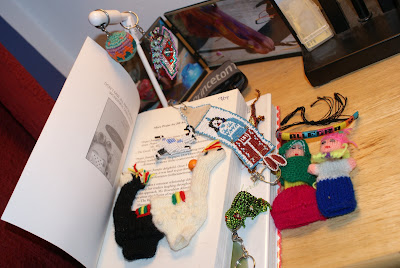 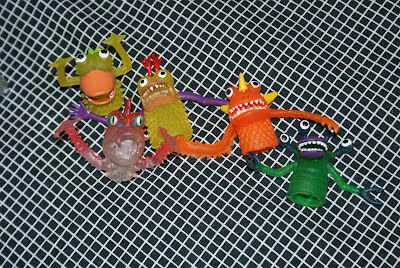 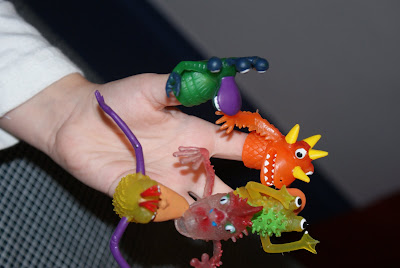 The Scary Monster Finger Puppet Club in the mosh pit. It’s only fun ’til someone loses an eye.

Then it gets REALLY fun. And tasty. 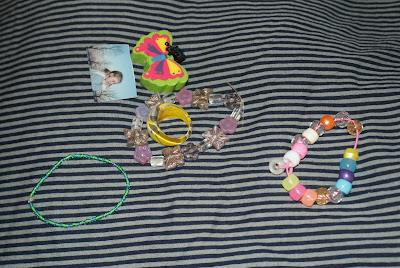 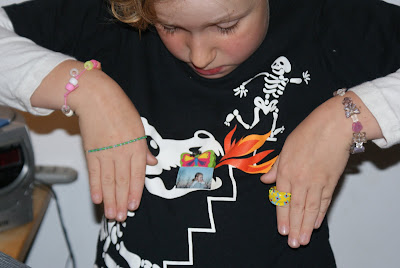 The Random Club, somehow made more cohesive when contextualized and staged on a first grader wearing an awesome shirt. 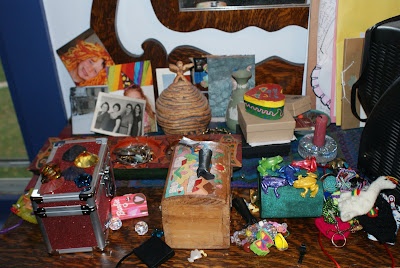 Finally, breathlessly, at the end of the day, after enduring vapid Power Point presentations, drinking tepid coffee, and finding that no one wanted to take the minutes,

all the clubs rallied, overthrew their CEOs, and converged

into a new world order:

You’d better believe Paco got more than the requisite 27 kisses goodnight when I tucked him in.

21 responses to “Parliamentary Procedure of Plastic”