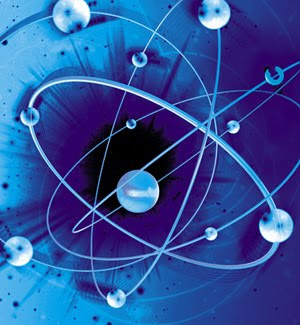 Sometimes I get all ranty on my students. This happens, in particular, when they kvetch about having to take classes “that don’t have anything to do with what I’m going into”–although, were they at the keyboard, that sentiment would read more like “taht dont have any thing to with WHat im goin in to.”

Whenever they act all put out at having to take a range of classes, at having to study things they have no interest in, at wasting their time in classes like history, political science, and psychology when they just want to be nurses,

Here’s the thing, though: while I believe all of the above rant quite vehemently these days, the truth is that when I was a college student, I could get all pissy about classes, too. In my defense, I will note I went to a liberal arts college, so the entire nature of my degree was broadly foundational. Moreover, it wasn’t that I was averse to the information in the classes I was required to take; it was that my brain was too busy processing Long Island Iced Teas to be up to the task of calculatin’ and hypothesizin’.

Fortunately, I wasn’t alone in my recoil from hardcore math and science; in fact, I was in such good company that the college had been forced to create and offer watered-down versions of some classes in these disciplines. I took Math 10 one semester…we connected dots and made stars and stuff, and at some point, we may have added up all our dots and stars, which, since we got to use our fingers, was a breeze, so long as the answer never exceeded ten. Hey! Math was fun!

Fulfilling the science requirement was infinitely more taxing. I thought I had it sussed when I discovered a class nicknamed “Physics for Poets” existed. Hell, yea, methunk. I could dig a class where “torque” and “vector” were part of the iambic pentameter making up a sonnet. So great was my excitement, I bought pencils, friends. I bought pencils.

Now, I already knew physics blew the shutters right off my weathered Queen Anne of a brain. In high school, fast tracked in all subjects, I had taken honors physics. My teacher then had served as an artillery sergeant in Korea. As I sat in his classroom, holding my head in my hands, stifling a wail, he would march up and down the aisles, whacking desks and hollering about how only dummies couldn’t get this stuff. Clearly a dummy, I started going in before school to have him work through the problems with me. It never helped. I remained a cringing, cowering mass of confusion. But he did smile once when I make a joke about my having “zero capacitance,” so I called it a victory.

Until I took Statistics.
The upshot of my story is this: it’s Thanksgiving time; I don’t like holidays; and at some point someone will probably ask me what I’m grateful for this year. Since my attitude is bad, it’s best to have an answer prepared. A prepared answer will get me off the hook, and, with words pre-packaged, ready to trip off my tongue, I can sidestep the family strife that would ensue from me hollering, “None of your damn business!” or “How come you never ask me this in April? Or September?”

But I’m not telling that story here. It’s only twenty years in the past, and I’m just not ready yet.

I think I’m giving thanks now, too many homeless wattles now