When It Works In My Favor, I Go Biblical

This week, I’ve been waiting for news.

It came this afternoon.

Girlfriends (and Furiousball, who is total Honorary Girlfriend): next year I’m going on sabbatical.

For the whole year.

Those of you who read my last post are, no doubt, able to appreciate how welcome and timely this news is.

The truth is that many of the feelings expressed in that previous post are constant, nothing new; they sum up 19 years of teaching community college students. The job is what it is. However, there is also a wearing down over time that happens, an erosion of energies and enthusiasms,

which is exactly why sabbatical was invented by God on the seventh day, when He was just plum tuckered from making waterfalls and zebras and toenails. On that seventh day, Dude jumped back, kissed Himself (or, as my students write, “hisself”), and realized He was tapped out and needed a sit-down.

So then He waved around His staff and created the weekend.  After a little more thinking, He conceded that sometimes a longer break can be more fruitful.  The concession made, He then created Wikipedia so there would be a place that could describe all of His Multitudinous Works, including the idea of periodic downtime.  The Wikipoodle defines sabbatical as

“a rest from work, or a hiatus, often lasting from two months to a year. The concept of sabbatical has a source in shmita, described several places in the Bible (Leviticus 25, for example, where there is a commandment to desist from working the fields in the seventh year). In the strict sense, therefore, sabbatical lasts a year.

The foundational Bible passage for sabbatical concepts is Genesis 2:2-3, in which God rested (literally, “ceased” from his labor) after creating the universe, and it is applied to people (Jew and Gentile, slave and free) and even to beasts of burden in one of the Ten Commandments (Exodus 20:8-11, reaffirmed in Deuteronomy 5:12-15).”

This beast of burden, for one, is ready to lay fallow.

So long as it means I’m not grading Cause/Effect essays for awhile or asking the twelve-seventy-thousandth student to capitalize the word “I.”

Seven years ago, right around when Paco was born, I had a one-semester sabbatical; I was stunned upon my return to campus at how re-energized and re-invigorated I actually felt.  Mostly, I thought I’d go back to the classroom and be cranky that my clog-dancing free time was over.  To my surprise, though, I felt really ready to be back–genuinely pumped up and eager to try new things.

I maintain, therefore, that the concept of the sabbatical has merit and isn’t just a way for lazy people to live out their fantasies of lying abed for three months, watching The View while self-corn-rowing their hair.

For this upcoming sabbatical, in fact, I have a four-pronged proposal (approved both by the college president and, as of today, by the state of Minnesota).  I’ll make some videos to embed into my online classes; I’ll attend a whoop-dee-doo conference after which I’ll revamp my Short Story class assignments; I’ll create a new online literature course (Multicultural Literature!); and I’ll, well, I’ll play around with some of the posts I’ve written right here and see if I can get them to relate enough that I can call it a manuscript.

So it’s not like my year off will be a Year Off.

But.  Freedom from a daily schedule will have one huge side benefit:  it will allow our family to travel–ideally, to live abroad for as long as we can afford it.  I’m all about yanking the kids from school for a year and either homeschooling on the road or having them attend school in another country.  I’m urging Groom into looking at graduate programs in Art in, say, Florence.  I’m thinking about signing up with a housing swap agency. I’m not above begging friends and strangers alike if they have friends anywhere on the planet who would like to help welcome an American family as it settles in to their culture.

Basically, now that everything’s set, everything’s up in the air.  That’s the excitement and overwhelmage:  anything is possible right now.

So hep me, Fair Readers.  If you had a year, a family with elementary-aged kids, 80% of your usual pay, and a desire to live abroad, what would you do?  How would you choose a place?  How would you find a place to live?  How much importance would you place on it having cheap wine? How would you know if your family is covered medically in that place?  And so on…

Pease, pease, throw me ideas, luvvies, so I can clap at the pretty colors.  ‘Cause right now I’m lurching around a place that’s both a blur and a wheeeeeee!… 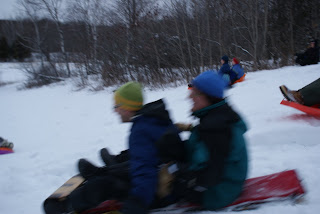 maybe I can work ’til retirement after all, sabbatical, somebody buy me a plane ticket already

29 responses to “When It Works In My Favor, I Go Biblical”