The Cookies Turned Out Pretty Well, by the Way

There, in a quiet, domestic scene, I baked molasses cookies, and my husband folded sheets of paper into gift boxes that would hold the treats.

The Ipod shuffled, and a new song, low and mellow, poured into the kitchen:  “I search myself and everyone/To see where we went wrong…”

“AHHHH, CRACK-ADDICTED MOTHER OF KEE-RIST,” I screeched, tailoring my curse to the season.  “How come I hate Sarah McLachlan so much at this minute?  If I holler the words ‘shut up,’ do you think she will? And also, as long as I’m at it, I thought I liked Sarah McLachlan.  I mean, who the hell do you think bought this CD originally?  It wasn’t Great Aunt Ethel, that’s for sure.  I can admit it:  I was possessed of McLachlan Fever in my twenties.  She was breathy; she was earnest.  But right now, I find I am passionately annoyed by her breathy earnestness here in the kitchen.  Would my good friend Debbie Harry from Blondie please shuffle up to Sarah, there inside the Ipod, and bitch slap some sense into her Lilith Fair self?”

In his mild way, Groom chimed in, “This song is a bit like opening a time capsule to the ’90s.”

Energized from the scorching heat of his condemnation, I blustered, “GAWWD.  Doesn’t she lead with her uterus, though?  It’s all whine, drop an egg, moan, pat an ovary…”

“Yes,” His Groomishness agreed, safely, “her vibe doesn’t suit our here and now.  She seems dated.”

Dated.  That was right.  To my surprise, Sarah McLachlan’s pretty, dulcet 1990’s tones seemed like they’d benefit from a tour of duty in Iraq, if they hoped to find a place in the ’10s.  Without some broadening, well, her work seems like something whose time has passed.

Interestingly, later that same night, when I was out for a run, I listened to a podcast wherein television critic David Bianculli was interviewed about his new book on The Smothers Brothers, Dangerously Funny.  As he recapped the careers of Tom and Dick Smothers, particularly their too-soon-cancelled program The Smothers Brothers Comedy Hour, Bianculli took me back in time, back through the McLachlan ’90s, past the Leona Helmsley ’80s, before the Bruce Jenner ’70s, to the late 1960’s.  Just a niblet back then, I do remember watching The Smothers Brothers.  I liked the banjo.

Bianculli’s interview gave me the broader context of this anti-authoritarian, groundbreaking program that sought out fresh talent, fought with the network, confounded censors, and provided a solidly anti-war message.  In an era where sex, drugs, religion, and politics were hugely topical yet still avoided on public broadcasts, Tom and Dick Smothers set their focus firmly upon challenging existing mores. Because of its willingness to be provocative, to be rebellious, The Smothers Brothers Comedy Hour was cancelled in a swirl of controversy.  In many ways, the story of this show is the story of the 1960’s.

But for me, listening to the podcast that night, the trajectory of The Smothers Brothers is still relevant.  Unlike that breathy McLachlan in her floaty dresses, Tom and Dick’s work continues to hold my interest–as Bianculli notes, they continue to have an impact on “today’s TV troublemakers and iconoclasts.”  Maybe I’m just an individual who is disposed towards appreciating agitators and subversion.  Maybe, though, the principles that guided The Smothers Brothers remain fresh even today, in a time of corruption and destruction.  I’m going to argue they’re still relevant because their example was to question, challenge, push for change.

And that never goes out of style.

——————————-
How about you?  Have you been struck by things that suddenly seem passe or unnecessary…or surprisingly appurtenant to the moment?

Outside of the McLachlan/Smothers experiences, I’ve also recently realized I’m pretty much over clementines this year, preferring instead good, old-fashioned oranges or–the new kid on my butcher block–Cara Caras.  2010 is SOOOO Cara Cara. 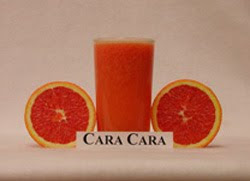 But not Irene Cara.

She’s out there, on her own.

19 responses to “The Cookies Turned Out Pretty Well, by the Way”