Lots of Landmines, No Metal Detector: Part the Third 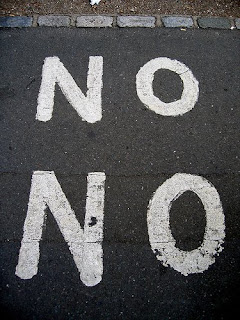 With each successive child, it becomes harder to keep World at bay. The door that cracked open with Child #1 gets shoved even wider with Child #2, Child #3, and so on, until the barrier is blasted off its hinges to expose an entire startled-looking family licking Cheeto gunk off their fingers. The humbling that comes from giving way and giving in due to sheer fatigue and overwhelmage is an excellent lesson for all parents, but especially for crunchy types who may have fallen, unawares, into moral righteousness. More than anything, parenthood demonstrates how little control we actually have. It’s also a great lesson in the subtleties of Nature vs. Nurture. Before having kids, I might have argued that nurture can overcome anything innate. I also would have maintained that gender differences are largely culturally imposed.

After having kids, I went back, ripped those pages out of my diary, crumpled them up, and gave them to my peaceably-raised son to use as bombs. Yes, much can be affected through environment–but holy Ted Bundy, some programming is just in us from the get go. That lesson was driven home dramatically for me, indeed, when I gave birth to a male.

The girl child had been a kid of talk and cooperation and playing store. The issue of weapons as toys, which so often distresses pacifistic clog wearers, never even came up.  She just wanted to have tea parties with her dollies. Then Paco hopped out of me and asked for a flame thrower.

It is true that two years after having Paco, we overheard him explaining to his 4-year-old sister what the word “gun” meant. She was baffled. “What do you mean: ‘gun’?” Drawing upon a yard full of sticks and lungs full of “bang-bangs,” he demonstrated. He even showed her the options for how to fall down after being hit by a blast: injured (which requires moaning) or dead (which requires breath holding and no scratching of the nostrils, no matter how itchy they get).

See, Paco knew about guns because we allowed him to be around other kids, and his brain paid attention to parts of their play to which his sister had remained oblivious.  In another of its clever sideways tactics, Sly World also sidles up through “community,” something all Birkenstockers value highly. As it turns out, we have an amazing community in our neighborhood, with sharing of food, music, clothes, and playdates. Having embraced our community, which features 4 boys just older than Paco, we also embraced play that revolves around guns…and two options of how to fall down (Moan or Hold Breath, No Nostrils). Further, having embraced playdates at each others’ houses, we also have had to accept that most homes have televisions on all day long; thus, our children go over to play but come home talking of Sponge Bob and Bionicles and commercials and gaming systems. To keep our kids away from screens, from play involving mock violence, would mean isolating ourselves and cutting off potential friendships.  Plus, if something is taboo, it becomes shiny and golden.  To neutralize the long-term appeal that would come from making something off-limits, we just step back and let it blow through.

Willingly, we compromise our values.  Bring it on.  Then we can eventually watch it head for the horizon.

Perhaps the most dramatic illustration of how we can’t cook up our own version of World and stick it on a carefully-proofread menu occurred when we–get this–wanted to expose our kids to, cough cough, the world.  Three years ago, we planned a three-week trip to Guatemala, where my sister was living and teaching.  This would be their chance to feel like the minority, to see poverty, to not understand the language, not to mention Mommy and Daddy’s chance to bring home a suitcase of gorgeous textiles and huge discs of chocolate.

In preparation for the trip, we had to get passports for the kids, which involved going to a government office, taking a number, and waiting in line for some time.

Guess what government offices do to help “entertain” children in the office?  Hint:  it’s on par with the government feeding the nation’s children mozzerella sticks as part of a “nutritious” school lunch.

The government office kindly provided a television in the corner for waiting children to watch.

On the television, that day we waited in line for passports,

my children (ages 3.5 and 6) had never before laid their eyes.

kind of had been one of my three remaining points of pride when it came to parenting.

But there they were:  Laa-Laa, Dipsy, Po, and Tinky Winky.  Nonverbal.  Vapid.  Round.  Illogical.  Toddlers on acid, really.

Girl easily ignored the images on the tv, as she’s never been keyed visually.  But Paco?

Couldn’t believe that it was Christmas and his birthday and Easter and Halloween all at once–because seeing those funny guys there on the screen just about arrested his heart with joy.

Yelping, I scrambled to cover his eyes and throw my coat over the television.  Sure, we could do blue raspberry ICEES.  We could live with the occasional mini-hot dog.  We could engage in games that involved severing limbs with imaginary lasers.

But. this. was. unacceptable.

Scrambling towards kid and tv, I tripped, maimed a granny who had merely hoped to renew her driver’s license, jammed my car keys into a teenager’s buttocks (best time he had all day), screeched wildly, and failed to reach my son in time.

By the time I’d hurdled the coffee table, Paco was a goner.  His heart belonged to The Tubbies.

For several months afterwards, everything was “Tubby, Tubby, Tubby,” which, at first, made me come running, but quickly I learned he was referring to his friends from the passport office.  He wanted Teletubby sheets on his bed.  He wanted a Teletubby plate to eat off of.  He wanted books, puzzles, games of The Tubbies.

Rather than resist in any outright way, we just made sure The Teletubbies mysteriously never aired on our television.  Once, our neighbor gave him a Teletubby cup she found at a garage sale.  I tripped her on her way out the door.

To Paco’s face, we remained neutral, not wanting to spark his interest with resistance.

However, behind his back, as my previously-whip-smart preschooler slowed his motions and turned and clapped in the living room, pretending to be a big yellow doofus named Laa-Laa,

I tended to some overdue business.

Fixing a stink eye on her and baring my claws,

I chopped Bitchy World in the Adam’s apple,

roundhoused her behind the knees,

and, leaping on her crumpled form with great alacrity,

pinned her throat to the floor and held her there as I put my mouth to her sweaty ear and muttered sinisterly,

“Not this one, World.  Not. this. time.  This time, I win.  You might think you own him, with your fancy high-fructose corn syrup and your head-turning Xboxes, but I’m here to say you’ve stepped over the line.  There will be NO TELETUBBIES on my watch.”

Then I moved in closer and pulled a Mike Tyson on her deceptively dainty ear lobe,

delighting in turning the tables as I

left my mark on her.

bang-bang has many meanings, parenthood, Teletubbies stole my son’s soul

20 responses to “Lots of Landmines, No Metal Detector: Part the Third”