Also, Both Kids Have New Teeth Growing In

My college is on Spring Break. Ergo, it is rainy, grey, drizzly, and miserable outside–the kind of days where we have the lights on even at 10 a.m. since there’s not enough natural light coming in to keep us from tripping over toys on the floor.

Another key element to any Spring Break worth its salt, once crappy weather has been established, is looming illness. Most likely due to some very busy days, a cold is rapping quite insistently on my head, bringing with it swollen tonsils. Thus, while some think of dancing in wet t-shirt contests and sucking down body shots as the central activities of a Spring Break, I’ve been focusing more on unwrapping zinc lozenges and stirring up Emergen-C packets.

In fact, the only thing heartening me at this very minute is this: I just turned the tv on, only to find Tyra Banks explaining hairstyles, and as it turns out, since I’m not Tyra Banks or someone who spends $8,000 getting “just the right weave,” I’m going to call today a win.
Thanks to Tyra and cold-induced head cloudiness, I can’t seem to sustain…wait, what was I typing?…oh, yea, thoughts. I can’t seem to sustain thoughts.
Sound bytes will have to do the trick then. So here are some briefs. This last week:
Groom redeemed the birthday coupon I’d given him last November. It was for a trip to Seattle to visit our pals Michael and Ella and their toddler Forest. Pretty much, Groom got all hepped up on espresso and delighted in riding the light rail;

While he was gone, I negotiated kid stuff like sleepovers and getting a neighbor girl to a sample martial arts class with Paco; because the neighbor girl’s folks are clamped down in a state of hostility and living in the same house while they divorce, this 7-year-old has stress and tension she doesn’t know how to process. Seeing her blossom during that free martial arts class–which was taught by a gifted husband/wife couple–was one of the delights of my recent days;

I also made polenta a couple of times, so’s I’d have dishes to pass at two potlucks. I was left with the feeling that polenta is the great Foodie Test. Most attendees didn’t try it; but those who were excited at its appearance have been added to my will (note to self: make will);

One of the potlucks saw the kids and me going to my aunt and uncle’s house for a celebration of “late winter/early spring birthdays.” My aunt, to whom no one can hold a candle in the kitchen, had made five cakes, in honor of the Olympic rings. Each cake’s flavor represented a different color, too: blueberry, lemon, chocolate, strawberry, and carrot. You know me not at all if you ask, “And which one did you try, Jocelyn?” I’m here to tell you they were ALL good. The highlight of the party was when my cousin challenged Girl to a “who can stand barefoot in the snow longer” contest. A handful of others joined in, too, including Paco, who decided to pull up his pant legs and do the contest on his knees. Once we started the stop watch, my cousin and Girl were out within 40 seconds; however, Paco and three others made it ten minutes. We finally had to call it a draw, lest amputations be necessary;

The next day, the kids and I headed to Minneapolis for a few hours in the Mall of America, a place that gets our patronage largely due to the Lego Store. So we got some Legoish things (including the new full-length Lego movie called Clutch Powers, which receives 79 out of 79 stars from Paco), ate crepes, and then popped into H and M to try on clothes, which is a surprisingly fun activity with a 7 and a 9 year old; that day, we all got into a big family dressing room and critiqued (“Mom, those jeans look good on you, but not for $40! Don’t get them!”);

Going to the MoA was actually just a pit stop on our way to the city of Mankato, where an annual Oscars party was being held by one of my favorite couples EVER. I like this couple so much that I almost hope Groom and I die in a firey plane crash some day, just so they could raise our kids (note to self: make a will). They have four boys of their own, too, but I like to think Girl and Paco could get blended in easily. Better yet, maybe Groom and I could stay alive but convince Oscars Couple to adopt us;

The Oscars party was a joy, as always, and not only because I voted correctly in 6 of the 6 categories on the Big Board that dominates the fun. Sadly, I guessed wrongly on the tiebreaker (Best Original Screenplay) and was edged out by my New Adoptive Mommy. However, the evening overall was a revelation; I hadn’t actually thought I’d get to watch any of the awards, seeing as I was taking my reserved kids into a house containing the toys of four “stranger” children. This house has five levels, and I fully anticipated spending my evening on the Air Hockey level or down in the Running Room. Out of nowhere, though, both kids just sat with me, for more than four hours, and watched the show. I still don’t know what happened there, as our kids don’t sit and watch anything, ever, like that; could it be that I mistakenly drugged their crepes earlier that day? Sedatives are underrated;

The next day, as we headed back to Duluth, we stopped at IKEA to scarf down meatballs and buy bedding. Our aim was to get back to Duluth in time to get Girl on the bus for downhill ski class that would be leaving her school at 3 p.m. Naturally, a definite time goal meant we hit a 45-minute traffic jam. Knowing that getting Girl on that bus–and then dropping Paco at karate–was the only way I’d get a run in that day, I slammed pedal to metal and made the 2.5 hour drive in 2 hours flat (praise my Montana upbringing);

During all our travels, I remained very, very patient in the face of silence from Italy; the family seems to be mulling about visas and schooling, and it’s all I can do to kick back and give them the space and time to make up their minds. Without Tyra Banks and her wigs to distract me, I’d be goony by now;

These last few days, I’ve also been in just the right mood to read HALF-BROKE HORSES by Jeanette Walls, which I can say, objectively, is not a great book; but the fact that it tells a woman’s life story through what she did rather than what she thought–with an emphasis on external over internal life–actually feels very authentic to a Western existence in the early 20th Century. It resonates with the lives of my own family members, many of whom value(d) doing over reflecting, who define(d) themselves through projects and acts without ever overlaying those “things done” with analysis of their larger meaning. Plus, I like this book because the chapters are about a page and a half each, and I’m kind of dumb. Wait, what I meant to type was that the short chapters fit a novel that is based upon Walls’ recollections of her grandmother as filtered through her own mother. Each chapter is clearly a snippet of memory made fiction;

The absolute highlight of my last week was when Groom walked through the door, late Monday night, as I sat on the couch, in a well-earned state of passivity. I had missed him sharply, and not only because when he’s here, I don’t have to do as much. Mostly, I just wanted to sit with him and talk and rub his knuckles. Such moments had to wait, though, as he’d brought me a gift from a Seattle bakery which, taking its recipes to a competition in France a few years ago, won the “best baguette” award. Yes, you got it: Groom carried home a baguette from the West Coast, strapped to the outside of his backpack (the guys x-raying it at the airport will not soon forget him)–a gesture of love that hits me where I live (aka my gut); 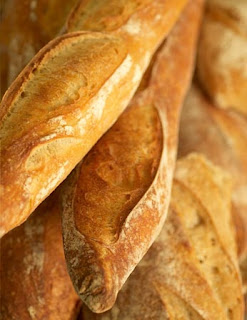 Oh, yes, and relatedly: one other thing I did this week was to wipe a lot of butter off my chin. An hour later, in the darkness of our bedroom, Groomeo and I talked and talked, recounting various social interactions, observations about people and places, and wonder at how delicious it feels to return to the fold after switching up the routine…until…gradually…our voices faded away…replaced by soft snores.

random stuff that has made me tired

17 responses to “Also, Both Kids Have New Teeth Growing In”