Ten Years Since the Blue Moon

I beg the forbearance of my long-time readers with this post, as it’s a re-run (albeit updated) from three years ago. However, because it’s a personal favorite, I hope you’ll hang in there for a re-read…or perhaps for a first-time through.

“Ten Years Since the Blue Moon”

So, yes, from that sticky July day came good things. I still dote on my groom, and the issue of that pregnancy is just cresting ten years old (since I, personally, remember a lot from Age 10, this implies to me that I should start being nicer to Girl, now that the threat of recall is firmly in place).

My brain reeled, of course, and all I could think was, “This can’t be good. I’m pregnant, so this should stop.” At the time, Groom and I weren’t yet married, and he lived almost six hours away. I called him; he lurched out the door and into his car; then I called a Best Girlfriend, and she was at my house in minutes.

We went to the emergency room, where I spent a long, long time with my feet in stirrups. I heard words like “she’s dilated” and “tissue in the cervix” and “no heartbeat.” My friend stood by my side, crying quietly into a Kleenex. My own tears ran down my cheeks into my ears.

When, at 4 a.m., Groom finally got to me, we just cried. And the next day, and the day after that, we cried. A baby isn’t real to the world until it’s born, but it had become real to us from the minute that stick turned pink.  Even more, the promise of a life we’d made together confirmed our rightness of being.

Today, March 31st, it has been ten years since The Little Gripper became our Girl, ten years during which she has emerged as shy, smart, sweet, wry, amiable to a fault, Love Incarnate. 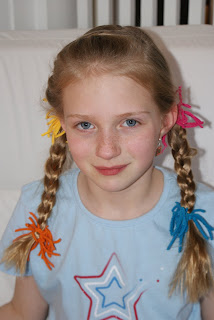 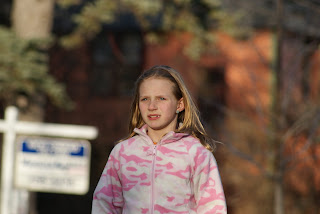 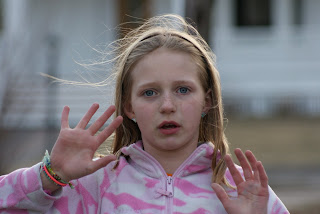 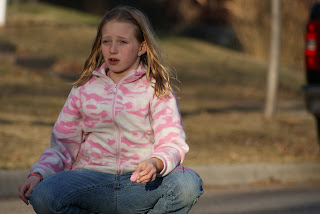 Even she was six, a wee first grader, her unalloyed caliber was evident. One night, at bedtime, her overtired Brother Wee Niblet (now Paco) cried in his bed, sobbing: “I don’t want to go to sleep, ever. I wake up in the night, and I am alone. I’m always alone. I’m never going to close my eyes because sleep is too lonely.”

Happy birthday, Toots. Every single day for ten years now, I have thanked the sky above me for that blue moon. 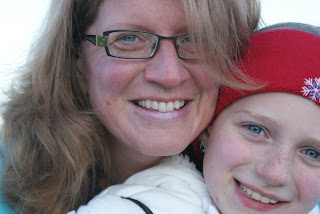 beauty on a blue moon, Girl’s birthday, I can’t get over my luck, miscarriage

31 responses to “Ten Years Since the Blue Moon”