If you’re able to lift up your pasty face from your work long enough–and just look at you there, triturating your keyboard, plunging your hand repeatedly into a bag of Doritos Late Night All-Nighter Cheeseburger Flavored Chips, hacking away at your deconstruction of Apple’s missteps in releasing its iOS 4 during the summer of 2010 before posting your Apple-Is-A-Weenie synthesis in the Dribbleware chatroom–

you may want to pay attention.

Because I’m about to mention a Monty Python cast member.  And I know how important that kind of stuff is to you.

Even better, I’m going to mention that Monty Python cast member at the end of a rousing round of the hit parlor game of 1994:  Six Degrees of Kevin Bacon.  Of course, because the point here is Monty Python, we’re not going to mention Kevin Bacon at all (outside of noting that he did well when he married that Kyra Sedgwick twenty-two years ago).  Rather, we’re going to play Six Degrees of Michael Palin.

It’s going to be a quick turn, this game.

First, we start with Jocelyn.  I’m sorry.  I know she’s a piece of work.  But we have to start somewhere.

Next, draw a line to a Cappadocian couple (you choose if you want to poke your lead into the husband or wife, depending on your personal poking preference).  The husband is a German anthropologist, and the wife is a Turkish spitfire.  They own an amazing guesthouse of restored cave rooms called The Fairy Chimney Inn.

From them, draw a line to Michael Palin, who stayed at The Fairy Chimney Inn in 2007 when he was shooting his travelogue called New Europe (and writing his book of the same name). 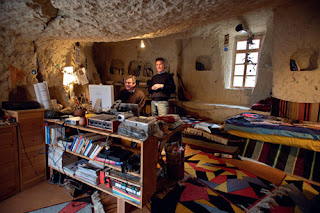 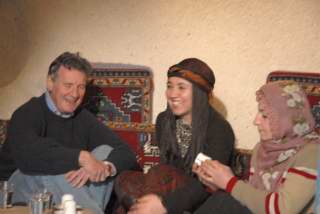 Yea, that’s it.  There are two degrees of separation between Jocelyn and Michael Palin, which pretty much means I’m famous.

You see, I, Jocelyn, am sitting in the Fairy Chimney Inn right now, typing this post.  Thanks to a delightful confluence of events (the owners wanted to go to Germany to visit family, and we were, um, in the area, looking bored), our family has been invited to inn-sit until March…basically keeping the furnace going, feeding and walking the massive St. Bernard, and reveling in the perks (hot water right out of the taps, in-floor heating, wireless Internet, a three-foot television, an oven big enough to bake a cake, and a Call to Prayer so remotely sung that inhabitants can sleep past sunrise).  Currently, there are no guests staying here, it being the low season and all, but if anyone shows up or calls, we’re on duty to turn out a morning breakfast and to fluff their pillows (which, I believe, Palin identified as a highlight of his visit).

So mostly we’re baking and feeding and walking and Internetting and sleeping.  Plus, sometimes the kids take turns ringing the intercom down at the gate and buzzing each other in…or taking each other’s orders for onion rings.

And all of this unforeseen fun is taking place in the midst of one of the world’s most spectacular settings.

(or you can look at these photos I took yesterday out the back door…): 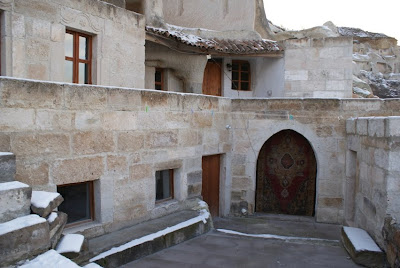 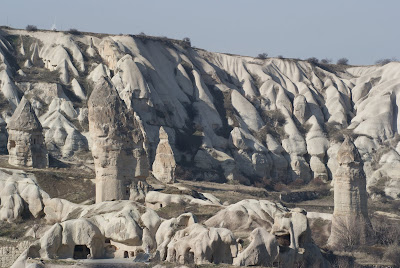 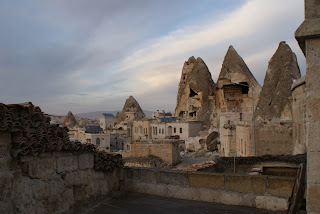 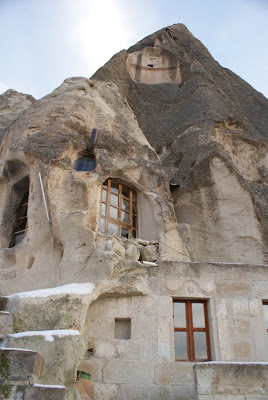 once Terry Gilliam stayed at a Motel 6

18 responses to “Two Degrees of Separation”