Skip to content
“Will Shortz and a Gold-Lame’ Bikini” 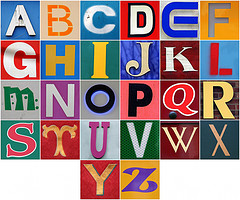 Yesterday, my three-year-old son, Wee Niblet, draped me a big poncho of goosebumps, with one, random comment.

We were getting out of the car, on our way to a running store to buy Groom’s birthday present (how Norwegian is this birthday desire: “I don’t need much, but I would like one or two new water bottles with straps to use when I’m running.” My reaction to this modest request was, “And how about something frivolous and fun and totally impractical so that you really know it’s *your* day? How about a fuzzy cover for the car seat? Better yet, for the toilet seat? Or maybe you’d like a pair of those ten-toe socks, multi-colored? Or how about a perm?”)

But no, water bottles it was. Okay, and so I also got him a copy of Heat and some chocolate bars and a new game to play with the kiddles, but I fooled him by wrapping them in water-bottle-shaped paper.

Anyhoodle, Niblet and I were exiting the car, when he looked up at the strip mall next to us, at one business specifically–“Plaza Hairstyles.” Without stopping to think, he noted, “If we could take down those letters off of that green and pink sign there, we could use some of them to write ‘Star Wars.’ Well, okay, not the whole thing of ‘Star Wars’ because there is no ‘W,’ but we could use the ‘S’ and ‘T’ and the ‘R’ and the ‘A’ to write the first part of it.”

Because I dote on Niblet and am looking for any excuse to hold him up to the world as Wee One, Boy Genius, I stood there, agape. Why, yes, we could spell most of “Star Wars” with the letters in “Plaza Hairstyles.” Crikey.

Outside of a general feeling of awe, I was also struck, again, by how pervasive and breath-takingly effective marketing is towards kids–that my lad, whose exposure to “Star Wars” has come through hanging out with the six-year-old boys in the neighborhood, is learning to read at the knee of George Lucas….well, it puts a whole new spin on The Force.

Later, after we went home and broke out the toy light sabers, doing an interactive, interpretive, modern sword dance of joy in tribute to Niblet’s smarts, I informed Groom that our kid, who has never wanted to sit down and “learn” the letters of the alphabet, has apparently internalized something during all those games of Clifford Bingo and in all those readings of The Superhero ABC’s.

Groom and I did a mental high-five, had a quick saber duel in the living room (Qui-Gon Jinn versus Darth Maul), and then mused that Niblet’s quirky intelligence may never find a place in the schools. This is the boy who, while running at high speed through the kitchen, sees a Cheeto on the table and announces, “That looks like a scarecrow.” This is the kid who unfolds a cardboard french-fry container and exclaims, “Hey, I made an angel!” Additionally, he wants nothing more than to grow crystals and carry out other science “conspiriments,” all while waiting for Santa to bring him a rock tumbler so that he can find and polish agates. And he most profoundly does not have a brain that thinks through rote, worksheet channels.

So maybe he’ll stay home with us in a few years, if we discover that he and his body guard, Darth Vader, don’t find their niche in a traditional classroom (Darth’s cape would look very dramatic there, in the cloakroom, on its little hook, with his Charlie’s Angels lunchbox hiding underneath it…and just imagine him mopping up the linoleum with the opposing team during dodgeball). If we do end up homeschooling Niblet, we totally plan on hothousing his anagrammatical talents and turning him into a crossword puzzle rockstar; he’ll do us proud in 16 years when he goes to Stamford, Connecticut for the American Crossword Puzzle Tournament and becomes the youngest-ever winner of the weekend’s challenges.

Look for us there, in 2022: Groom and I will be the two in the front row of the finals, weeping on each other’s shoulders, clutching our mechanical pencils to our breasts, taking photos when Niblet–harkening back to what he remembers of the bloody 2005 championship puzzle, with its Draconian clue of “stark and richly detailed, as writing” (answer: “Zolaesque”)–reads the clue of “to exist in a tortured state of light-tinged darkness” and easily fills in “V-A-D-E-R-I-A-N.”

After the room of crossword (and, no doubt, Star Wars) geeks quiets its ovation, I shall harken back to that day outside Plaza Haircuts and know, for certain, that witnessing my child’s achievements has been a pleasurable trip on a slow-moving cargo vessel to a galaxy far, far away.