Be Your Own Badass

I fear I am a one-note writer.

So many of my essays are expressions of gratitude — although sometimes I bury it deeply enough that readers simply think the piece was about eating pie (blueberry up my nose) or getting new shoes (don’t touch: MINE) or loving my kids (Have you met them? They will gaze silently, listen intently, disappear into a book, and two weeks later drop a devastatingly astute observation that reveals they got it.).

Often, I write from gratitude because it’s safe. No one will object to positivity and affirmation. No one will tell me I’m wrong or out of line or inappropriate if the point of a story is a happy glow capped by a heartfelt swoop and a wave of peace fingers.

When I skid into areas that are raw, challenging, anti-gratitudinal, people get uncomfortable. It’s the rare reader who seeks distress. Most folks object to a perspective that grates. So there is an erosion that happens: the writer edits her ideas before she ever edits the punctuation.

It’s okay if I point out my own foibles and tell stories in which I’m the dunce. However, the second others enter the narrative, they have rights, too. An uneasy tension between I’m telling my story and I’m telling their story crops up. From there, it gets murky and complicated. I’m just trying to write what’s in my head, and if my right to do that only extends to myself, then I’m hobbled.

Every time I sit down and stare at a blank screen, these are the things that are on my mind. Many simply leave others out of their writing: they crank out snappy anecdotes about the fungus thickening their toenails or make listicles of ways parents are actually toddlers. Others, and I admire their courage and ability, own their story and write all the things in their heads, consequences be damned.

There is also the cover of fiction. Elena Ferrante, an author who has deliberately chosen to remain private and unknown, has acknowledged that the only way she can tell her truths is behind the veil of fiction. “She writes with hard-won honesty about subjects that people don’t feel they can write about with their own identity,” says Megan O’Grady, one of the first American journalists to interview Ferrante, which she did via e-mail in 2014. “She writes about hating your mother or your child. She writes about betrayal and sex.” No one is completely sure who Elena Ferrante is, what she looks like, where she lives, and every time she asserts that writing should stand separate from the author, the public becomes more wild to pin down who she is — so they can better probe her fiction for the non-fiction behind it. Readers are desperate to correlate the fiction to reality.

No matter what, it’s risky stuff, the business of putting words to page.

It’s risky stuff, the business of feeling compelled, from a deep, pounding place, to put words to page and to know that most of the recipients of those words have never engaged in the blood-and-sweat process of writing their own stories. Unquestionably: I became a better, sharper, more appreciative and understanding reader once I started trying to figure out how to write.

Unquestionably, I have had personal moments of reckoning when readers have reacted to something I’ve written, moments in which it is revealed I’m an asshole. I have been an asshole; I am an asshole; I will be an asshole. What flummoxes many is this: I’m okay with being an asshole. When my assholery occurs, it’s not on purpose, necessarily. But I learn from the reactions; subsequent to the lesson, I hunker down even tighter. The reactions erode future content. I edit myself. But still: I am okay with being an asshole. At least it feels real, like I’m willing to caress something prickly.

All of this is what I’m thinking about as I run along Brighton Beach on the first truly warm day of the year. This is what I thought about the day before when I ran up Seven Bridges Road, blinded by sunlit diamonds dancing across the surface of Amity Creek. This is what I considered the day before that, running the streets of the Lakeside neighborhood, my musings skidding along the loose gravel lining the newly exposed sidewalks.

Recently out of an immobilizer after shoulder surgery, I’ve been easing back in to running. Some days, the arm swing results in ache and swelling; other days, it feels great. At first, I just walked. Then, eventually, I started trotting for a block or two. Now, wanting to grab hard at this phase of  “free” recovery — leaving behind those days of constant icing, help with showering, thanks when my kids snapped me into my seat belt, groans when I tipped from left to right in the night, frustration at trying to put a liner into a garbage can, struggles to pull up my pants, sighs at how hard it was to open a yogurt container, sobs at the sensation of my bones splintering as red-hot screwdrivers were driven into them — I am running and running and running, outpacing those fragile and tentative weeks.

To feel my feet moving, both arms swaying, is powerful, particularly as Spring hits the city. Sunshine makes my soul sit up straight; the water rushing over waterfalls dazzles me. I am propelling myself from darkness to light.

As I run, I listen to podcasts. My brain is pipping with voices floating into my skull and, always, with the voices that live permanently inside my head. I hear interviews, benefit from people explaining their work and lives, and, always, my thoughts veer towards the analytical. I think about people, their choices, their behaviors, their intersections with their communities. And, always, I have notes. Always, I have observations. I have probing questions. Always. It’s the downfall of analytical thinking: the brain tangles with endless angles.

Often, when I’m running and my brain has had a good perk, I take the ideas and pour them into an essay. Teetering on the line between extrovert and introvert, I need to express externally, but in selective ways. Writing cleans me vein-deep.

Except when my brain has been percolating on matters of raw honesty that would offend.

I can’t put such stuff into writing. I lack the courage, the cleverness, the ability to say all that I would say. It’s frustrating.

I can put such stuff into my husband’s ears. He is right for me that way. I can unleash with a torrent of “And why did he have to…? Plus, wouldn’t it make more sense if…? How is that the best…? Does she ever question…? Isn’t it weird that they…?” — and he, an analytical thinker himself, provides responses that couple emotional with intellectual without being defensive or reactive. He is not threatened by stripped-down perspicuity, something that can strike others as brutal.

Thus, the things I ponder the most deeply and with the most oomph float across oral turf, across the stovetop in a kitchen with a stool next to some spatulas, an ephemeral exchange with a controlled audience.

As well, they live inside my running head, a special space governed by rhythm and unconstrained whirls.

Every day, I am running.

Every day, I am trying to riddle out a way to write about all the things, not just the easy positives. I play around with scenarios of using a pseudonym, simply writing fiction and telling everyone they’re wrong when they claim to spot themselves, or going balls-out and alienating everyone I know. Then I laugh, only a little ruefully, at the appeal of that final option.

Every day, I am returning to myself after some months of struggle. In every way, I am working at increasing my mobility and range of motion. 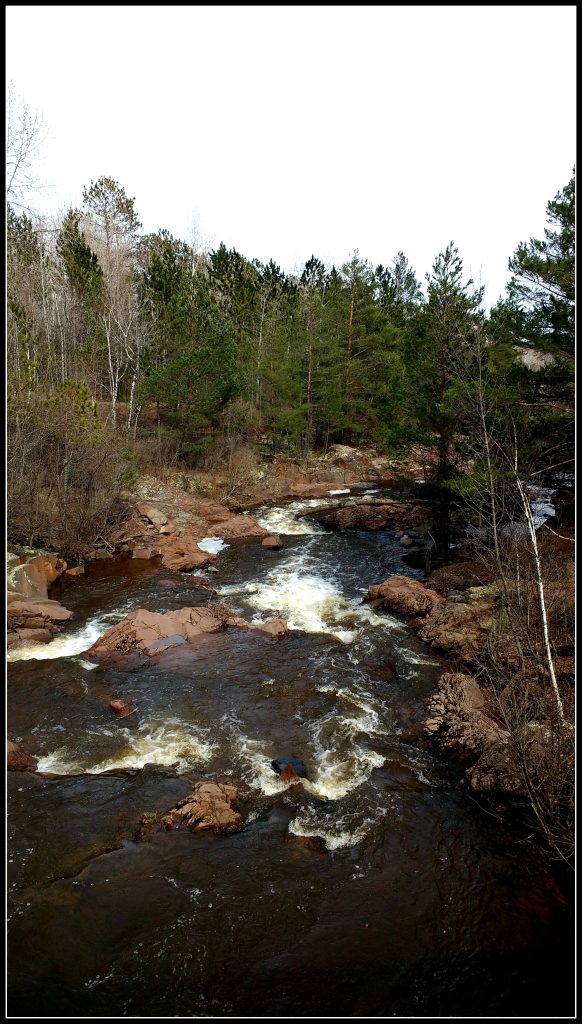 The sun makes the pine trees pop bright green, every needle distinct. The bright yellow of the sky illuminates the pebbles I carefully dodge because the single helpful thing the surgeon told me when I saw him a few weeks ago was “Just don’t fall.” The golden cast to the world energizes my cells.

As I hoof down the road, soaking up warmth and glory, I am ramming through frustrations. So many thoughts without a repository.

The trees are a blur, the creek a reassuring burble. Finally, I am starting to feel strong and able again. Never will I be a fast runner; I’m not made for it. Yet I have been fortunate enough to get to a place in life where I don’t care how fast other people can run. All that matters is my own body, part of the landscape, witnessing the world from the intimate vantage of foot travel. It’s complete joy, this feeling of independence and control, and from my diaphragm a notion wells up: “I love being a badass for myself. I missed this.”

I am so lucky. My body is working. My brain has bones, clutched in pointy claws, to gnaw on. The air is smiling.

Everything is a happy glow, a heartfelt swoop, a wave of peace fingers.

Just as readers would have it.

One response to “Be Your Own Badass”