Don’t Be That Guy

A few years ago, on a frigid winter’s day, I went out for a run on Duluth’s paved exercise trail, The Lakewalk.  This trail is wide enough for foot and bike traffic to coexist–although it gets considerably narrower after months of snowfall, when snow-clearing machines have cut a line down its middle and packed rectangular drifts high on either side.

That day, I felt like I was running through a chute of snow, flanked on either side by rock-hard mounds of the stuff.  The sun was shining, and I was engaged in full internal conversation with the callers of the Dan Savage podcast as it piped through my earbuds. I listened to advice-seeker after advice-seeker delineating relationship problems, from sexual incompatibility to anger issues to passive-aggressive judgments, only to end the litany with the words, “But I really love him/her. When we’re good, it’s really great, and I just really love him/her.”  This is the point in every show when Savage pulls out his oft-used advice:  DTMFA  (“dump the motherf**cker already”).  His advice, again and again, is that the relationship is actually already finished; it’s just a matter of how many years the caller would like to devote to coming to terms with that fact.  Objective listeners immediately perceive that the floaty concept of “love” is rarely enough to overcome fundamental day-to-day disappointments.  Nodding and agreeing with Savage’s willingness to call a doomed relationship when he heard it, wishing he’d been around when I was 25,

I was yanked out of my advice-giving reverie by the voice of a man running up behind me, shouting, “GET OFF.  GET OFF THE PATH.  GET OFF NOW.  HE’S COMING, AND HE’S NOT STOPPING!”

For the briefest of milliseconds, I thought the real-life man was part of the conversation going on inside my head–an all-too-common problem, really, sort of like when I think my friends from high school know my friends from college and I wonder if they’ve had a falling out because they never get together any more.  When the shouting man tapped my shoulder and pointed behind us, though, I was completely jolted into reality.

A few hundred yards back, on the snow-locked Lakewalk, was a speeding jeep using the exercise trail as its private highway.  Behind the jeep were five police cars, lights flashing.  The scenario had the studied speed and focus of the famous O.J. Simpson chase; this one, however, was taking place mere feet from the edge of Lake Superior and was held to its course by a chute of snow.

Holy Flat Stanley, but that jeep was heading straight for us, eating up all open real estate. We had only a couple of seconds to get off the trail, and the options were limited.  Pretty much, when you have one choice, you take it.  Only slightly daunted by the shoulder-high wall of snow, the warning man and I jumped up, clawing our gloves into the ice and jamming our feet into the side of the mound, hacking out stair steps with our toes.  Just as we heaved our bodies up onto the top of the heap, the jeep barreled over the spot where we’d just been standing.  As the police cars flashed past us, two things flitted through my mind: “Oh my. I saw that jeep driver’s face.  Something ain’t right in those eyes” and “What if my friend Chrissy had been out here for a walk with her three little ones?  She would have had one on foot and two in a double stroller, and how could she possibly have gotten the kids unstrapped and tossed up on the snow, much less gotten herself hoisted up, before that maniac plowed over her still-swaying baby buggy?  I mean, mama adrenaline can do amazing things, but a single 120-pound woman could not have grabbed a double stroller and thrown it to the top of a mountain of snow while simultaneously boosting a preschooler and herself up it.”

A fair bit freaked out by the close call, both real and imagined, I sat for a minute with the man who had gotten my attention.  We exchanged relieved “what the hell was that?” small talk until our heart rates slowed, at which point we slithered back down to the trail, planning to plop ourselves in front of the news that night.

It turns out the man in the jeep that day had stolen the car, was mentally altered by a mixture of substances, and was chased by the police through the city and down the Lakewalk until he ultimately crashed the car into the side of a building, a development that made the snapping on of handcuffs infinitely easier for the pursuing officers.

For the man in the jeep, that day was a life changer.  For me, it provided a momentary reminder of the randomness of everything; of the need to keep the volume on the iPod relatively low; of thankfulness for a body that could climb; of the kindness of strangers; of having brushed up against danger.  It provided me, in short, with an object lesson that I can trot out for my kids on occasions when a little drama is needed to get their attention.

Since I’m not so much into heavy-handed parenting, I generally use references to that incident to convey one of my sparse parental morals, so I end my recounting of Near Death on the Lakewalk with the words:  “…and so, don’t ever be that guy.”

Yup, that’s about all I’ve got, in terms of the values I want to impart to my kids. Just don’t ever be that guy.  Be whoever you’re going to be, but not that guy or anyone like him.

I suppose my brief list of parental values stems from laziness.  I’m too low energy to form a vision of my children that I then want to direct them towards.  I don’t have the drive to try to mold them.  So long as they’re doing okay with my one stricture of don’t ever be that guy, I can stay out of their faces.

The ease of my parental values situation makes me feel for parents of faith. The sheer number of hours they have to put into getting their kids to believe in the invisible is staggering.  I still feel bad for my mom, when I think back to her attempts to motivate her sullen adolescent children out of bed each Sunday morning–years after I’d had the private conversation within myself that went, “When I’m in church, I don’t feel anything except annoyance, the need to pretend to be something I’m not, and that there is some seriously awesome people watching to be done here. Shouldn’t I feel something in this place–outside of my jaw dropping when I look at the amount of hairspray welding the bun to the head of Mrs. Johnson in the pew in front of me?”  After years of getting through services by playing hangman with my brother, we started to rebel.  We refused to go.  We rejected our parents’ values.

There went 2,000 hours of hard, faith-instilling effort they’d never get back.

As the cliche goes, you pick your battles when it comes to raising kids.  For me, provided they’re not the guy in a stolen car, about to crash it into a brick wall, I can hang back.  I know this will get more complicated as they get older, and we have to deal with the complications of maturing in a raw world, but for now, I’m only pushing two Rules for Being:

So long as they aren’t drunk behind the wheel of a stolen car, and so long as they treat the people in their lives with kindness, I’ll be over on the bed, reading Keith Richards’ memoir.

Speaking of drunks behind the wheel.

Actually, now that I think of it, there is one more Rule of Being on my list.  They need to not be that guy; they need to be kind; and also, they

In my mind, smiling for the camera is akin to attending church when you’re not so sure you believe.  It’s a kind of putting on the shine that makes me cringe.

You wouldn’t think You Don’t Have to Smile for the Camera If You Don’t Want To would need to be inked into my half-page book of parental values, but it does, for an amazing number of people on the planet wielding cameras insist on a smile as though it is somehow revelatory of true character.  I’d argue that Ted Bundy was able to put on a smile with the best of them and that the ability to smile on command should make us all a leeetle bit uncomfortable.

This parental value has probably evolved out of who my kids are.  They’re reserved. Their smiles are in their hearts and burst out naturally if the occasion merits it.  I can’t bear to see them try to work up a fake smile so that the person behind the camera stops yelling (encouragingly?) at them.  This past year, we had visitors in Turkey who were annoyed when Paco didn’t want to pose with a smile for a group photo.  He was told they’d come a very long way and, therefore, he owed them smiles in their photos.  Yea, I intervened on that one with a hearty, “No, he doesn’t.” Aiming for some small grace, I swallowed the follow-up sentiment of “…so back off your unreasonable emotional blackmail NOW.”

From that point on, I asked all visitors to submit in advance a list of what would be “owed” to them for their travel.  After reviewal of the list, we’d let them know if they should make the effort.  In return, I probably should have sent everyone a list of what we could promise, a quick breakdown of the household values:

1)  Don’t be that guy in the stolen jeep

3) You don’t ever have to smile for a photo if you don’t feel like it, lest we be forced to ask the demanding photographer to weigh the merits of these two contrasting photos when it comes to capturing the spirit: 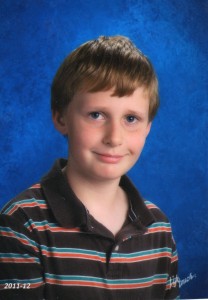 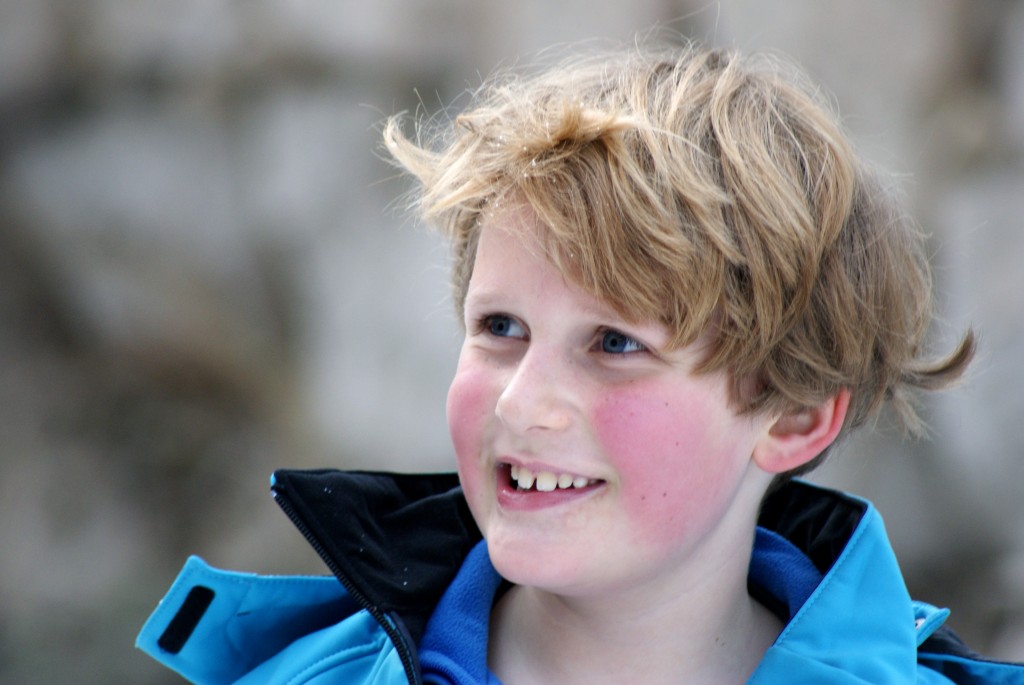 As I note, the list of parentally-insisted-upon values will probably grow as the kids age.  In a few years, my list will probably read:

1) Don’t ever be that guy in the stolen jeep

4) If you’re sexually incompatible with someone you “love,” DTMFA