Hope All Your Tricks Are Good Ones

In line with my dislike of holidays and “planned happiness” is my aversion to greeting cards. For me, a pre-packaged sentiment drummed up for pay by someone who hates her job isn’t heartwarming. Nor is the fact that the sender found himself so unable to frame an original thought that he willingly shelled out $3.00 rather than try to write a single meaningful sentence like “You are special to me because one time I was having a bad day, and then you came into the room doing a fake tap dance, and suddenly everything felt better.”

As far as I’m concerned, a piece of white paper featuring an awkwardly drawn stick figure kicking up its heels to “Singin’ in the Rain” accompanied by that single meaningful sentence, well, that’s the stuff of a genuine sentiment. Send that. 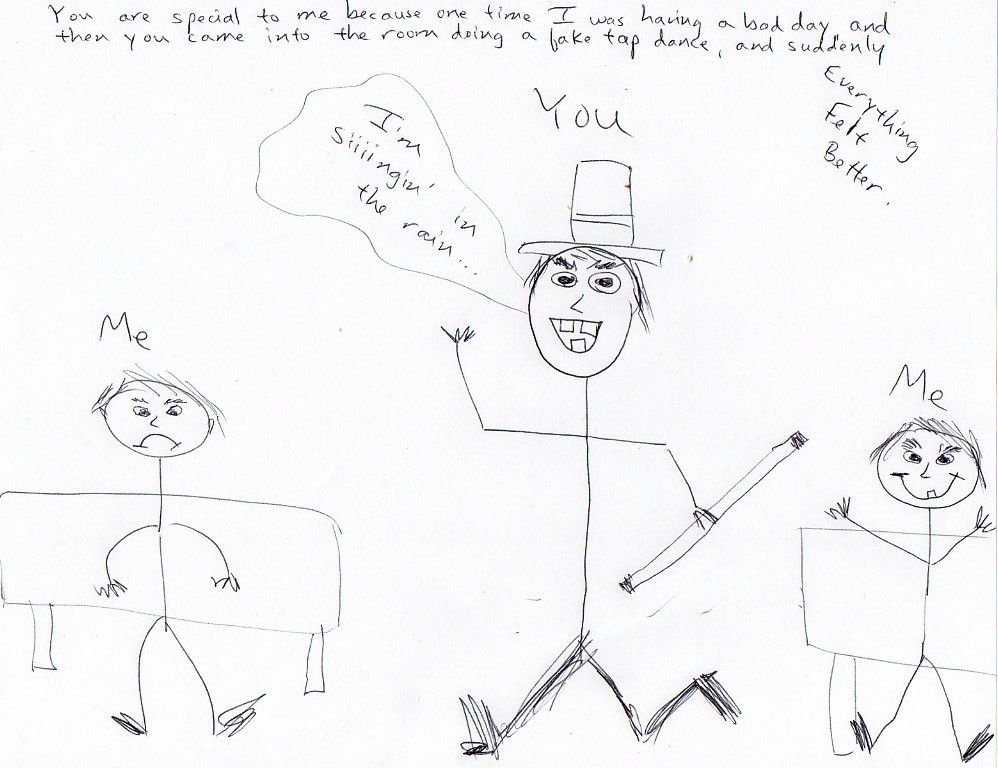 Guess what, though? Every now and then a prefabricated, heartless card hits the spot. Sometimes, the card is particularly clever. Sometimes, it’s got some terrific art on it. Sometimes, the sender has taken a minute to add in some words that redeem the rest.

Sometimes, the sender–having lived a somewhat insulated life–seals into the envelope a card that is unintentionally hilarious.

As was the case last week when my mom sent Paco a birthday card for this tenth birthday.

I’ll let the card tell the story as to why I have been hooting ever since I clapped eyes on the thing. Oops, did I say “clap”? Perhaps not the best word choice, given the scenario on the card. 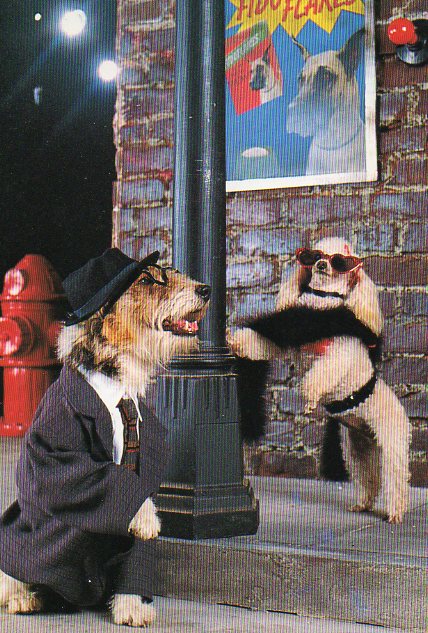 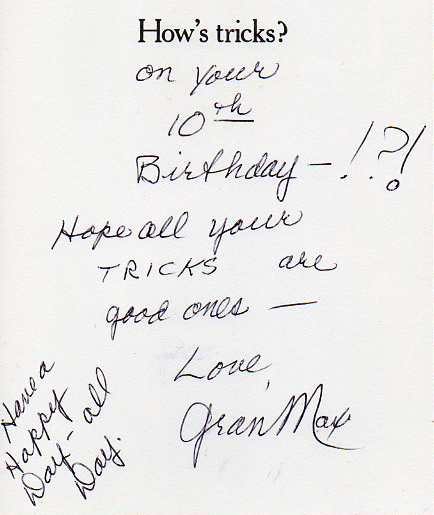 What I saw was an opportunity to explain prostitution and the term “turning tricks” to my fourth grader. You know, in case there’s a question on this subject on the statewide exams at the end of the year.

His first follow-up question, after my mini-lecture, was

“Why do they call terriers ‘Johns’?”

all MY grandma taught me about was tattting

20 responses to “Hope All Your Tricks Are Good Ones”