A Bracelet of Barbie Hands for Everyone!

“I am haunted by waters,” ends Norman Maclean’s lyrical novella A River Runs Through It.

The word “haunted,” as Maclean intends it, is not so much “plaguing my nightmares”—in the fashion of John Lithgow’s serial killer turn on Dexter, where he plants a victim on the outside edge of a balcony and tells her she must choose to release her grip and let herself fall to her death, or else he’ll go get her children, bring them back, and toss them off the balcony in front of her, thereby forcing the kind of psychologically-laden murder that masquerades as a suicide. Rather, Maclean’s “haunted” is more one of “a low-level thrumming through my daily subconscious that colors my emotional relationship with the world”–in the fashion of the lifetime hangover brought on by one’s family of origin.

For me, “haunting” can be fear based, or it can be mournful, romantic, unsettling, elegiac, nostalgic, sweet;  sometimes the things that haunt me are full of ache, sometimes full of warmth.

As I look back on 2011, I see a year richly haunted. What has touched my core in a way that will linger beyond the confines of a calendar-defined 365 days?

1)      The time in Turkey.  This is a given, perhaps even much belabored at this point, I realize. However, I’ll express it once again. To have lived in a country positioned so uniquely politically, geographically, historically, and culturally was a gift whose tissue paper layers I will continue to peel back slowly and deliberately for years to come. My life will be forever different from that experience of profound loneliness, alienation, acceptance, tolerance, confusion, certainty, overwhelmedness, and hospitality. I wonder if I’ll ever completely understand all that it means to me.  I am haunted by gratitude and wonder.

2)      The giddy experience of returning to the States after our year in Turkey. I will never again be so excited to see a bag of Twizzlers and a bottle of Annie’s Gingerly salad dressing.  I will never again be so humbly brought to my knees by the promise of a good cup of coffee and a well-crafted beer. More than anything–more strongly felt than any desire to rip into a box of Triscuits as I drive home from the Cub Foods–I am haunted, five months after our return, by a deep appreciation for the wide and varied community of friends and family that we have built up over the years.

3)      Sky lanterns. A friend in Ortahisar took us out onto her terrace one night when the moon was bright and high in the sky; she and our Girl lit the lantern’s flame. Then we all watched as the thin paper filled with smoke and air. When it was full, they released their fingertips from its base, and we all stood silently, watching the lantern gain altitude over the valley. Ten minutes later, we still watched the lantern tracing a path across the night sky, getting smaller and smaller in the distance until it winked off into the darkness. Some months later, we stood on the beach near our house in Duluth and lit our own sky lanterns, this time with friends of longstanding. The lanterns rose above the water and drifted east, towards Wisconsin…towards Turkey. I am haunted by a sky that blankets the world.

4)      Good reads. I literally joined goodreads.com this year (thanks, Jess and Jazz, for the motivation!), and it’s helped me actually remember books I’ve read and what I thought of them. A few of the books that linger within my reading self are Alice Hoffman’s The Dovekeepers, Gabrielle Hamilton’s Blood, Bones, and Butter, and Wendy McClure’s The Wilder Life: My Adventures in the Lost World of Little House on the Prairie. Mind you, I’m not asserting these books are great; I’m asserting that they contain voices, observations, and events that have haunted my days well after the last page was read.

5)      These guys. Like this. Even in a year when they finally figured out how to bicker, I have been haunted the magic of their genuine affection for each other. 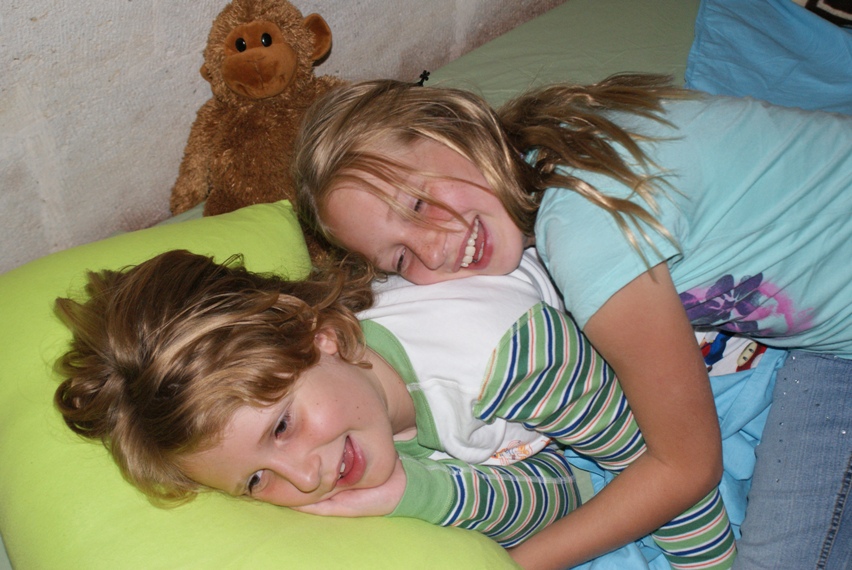 6)      The music of Cloud Cult, The Avett Brothers, and Bon Iver. Cloud Cult, in particular—that hipster biodiesel-van-touring hippy group sprouting from a geothermally-powered organic farm—has become the soundtrack of my year. While I’m a confirmed agnostic, I do believe there is some free-form energy afoot in the universe, and when I listen to Cloud Cult, I feel like I’m hearing this energy harnessed and made audible.

If you’re feeling impatient, forward the video below to about 1:48 and then relax, Mavis. Just sit back and let it build in you. If you need more motivation, watch the lead man there, one Craig Minowa, and consider his story: in 2002, his two-year-old son died (unexpectedly).  Last week, in late December of 2011, he became a father again, this time to a girl named Iris Aurora.  How can we not lift our hands into the air and rejoice with him?

I am haunted by the energy in us.

7)     Parks ‘n Rec and Mad Men (Season 4). Although we had cable last year in Turkey, which allowed me to catch such shows as Sex in the City and Keeping up with the Kardashians, our return to the world of Netflix and streaming on demand means that we have some choice in the television programs we ingest. Mad Men has been groundbreaking all along, so its beautifully-paced and dramatized Season 4 comes as no surprise. Parks ‘n Rec does. I had previously watched the first three episodes of Parks ‘n Rec and been left limp, not so impressed.  However, giving the show one more shot allowed me to witness its easy brilliance–a true ensemble satire with enough heart to be poignant.  Plus, Byron and I have realized that I finally have a television personality doppelganger in the crotchety Libertarian Ron Swanson. I burst into spontaneous tears when Amy Poehler’s character presented him with a birthday present of time alone in a room with a steak, some booze, and a movie.

I am haunted by fine writing, well packaged.

8 )     Winter and the lake nearby. Although winter has been relatively warm and snowfree thus far, I am aware that my body feels naturally attuned to this season. Some months ago, it was warm. Then it was less warm. Now it’s colder. It will get colder yet. Then it will get warm again. At that point, there will be asparagus and strawberries, and I will eat them, longing for the haunting beauty of gently-illuminated ice. 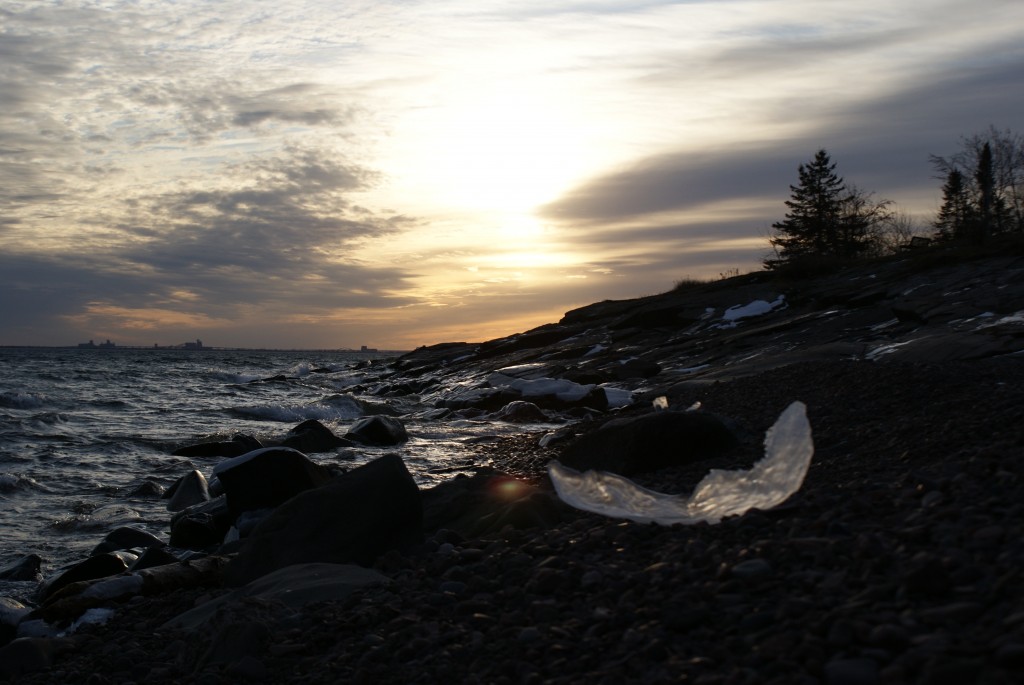 9)     The movie Weekend. This small, extraordinary film serves as an object lesson for those overblown, ill-handled wrecks like New Year’s Eve and Valentine’s Day. Weekend redefines a romance on the screen and satisfies my urge for a quiet movie that lets the actors prove themselves, that respects the audience enough to let them witness something rare and special. Ostensibly a “gay film,” Weekend actually speaks to the experience of anyone who’s ever navigated the choppy waters of seeking intimacy. Early on, there is a scene in which the main character hits a bar, hoping for a pick-up; it felt so painfully familiar and full of remembered discomfort that I almost had to avert my gaze and pick at my cuticles with rather too much deliberate distraction. By the movie’s end, in which sentimentality plays no role and subsequently leaves room for something quite genuine, I was haunted by missed chances and unfortunate timing.

10)    Mannequins and fake body parts. Mavis, what can I say? Turkey was rife with awkward-looking mannequins posed so as to bring to life the hard-to-imagine past. Even now when we watch slide shows of our year abroad, the kids sigh, long suffering, and say, “Oh, Mom. I know you just wish we could go to another ethnographic museum so you could see a fake guy cooking lavash or something.” 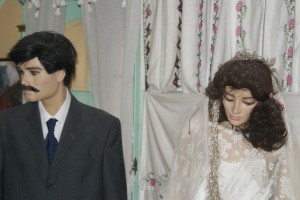 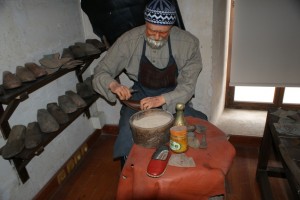 What a delight it was, therefore, that the annual Christmas display in downtown Minneapolis helped to assuage my “I’m missing the creepy mannequins” pangs. 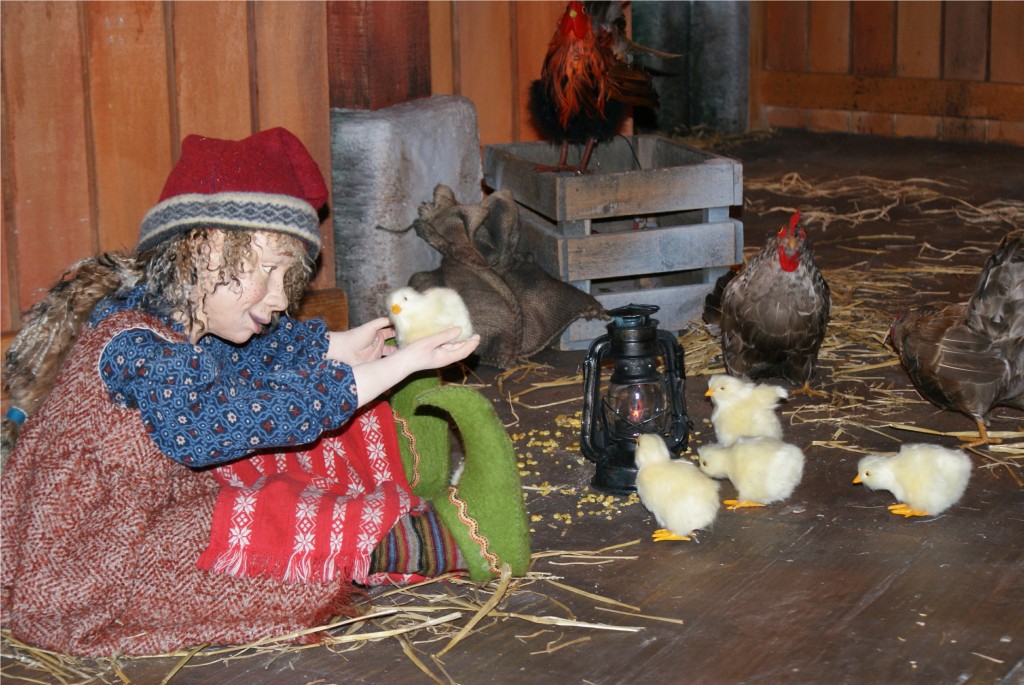 I actually heard this elf saying, ” I will hug him, I will love him, I will feed him and I will call him George.” 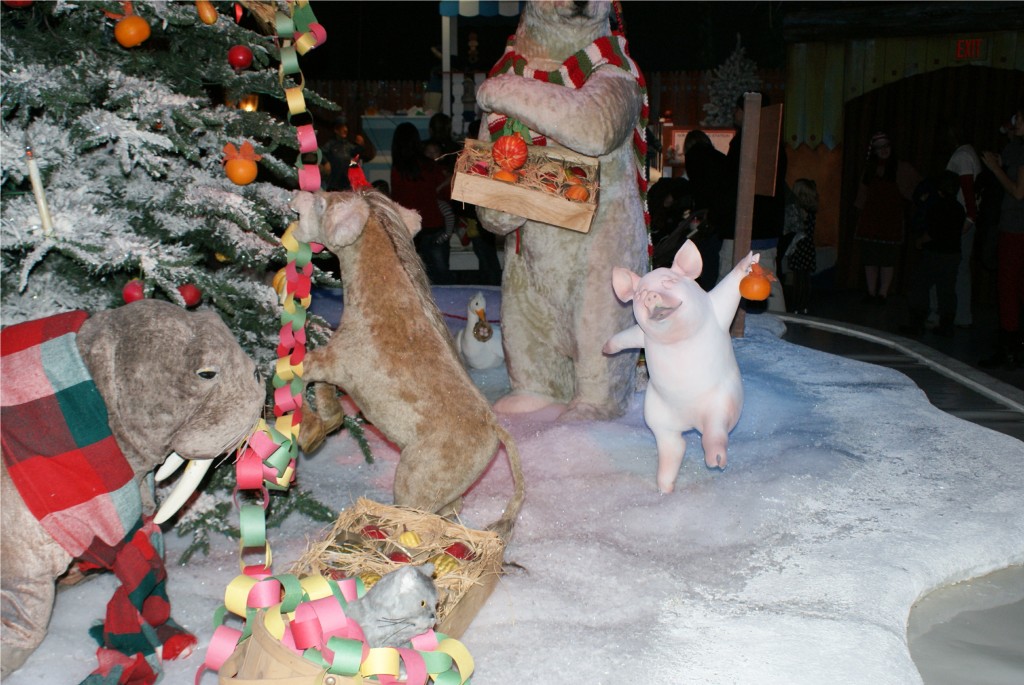 How like a nekkid pig to dance with abandon while all the other animals do the heavy lifting. Put on some Spanx already, Self-Absorbed Nudist Piglet.

Just as gratifying as the ethnographic mannequins and the nutty Christmas displays was the day I was directed to a website selling disembodied Barbie jewelry. Two words: Wow. Eek. Do I really have to specify what haunts me here? 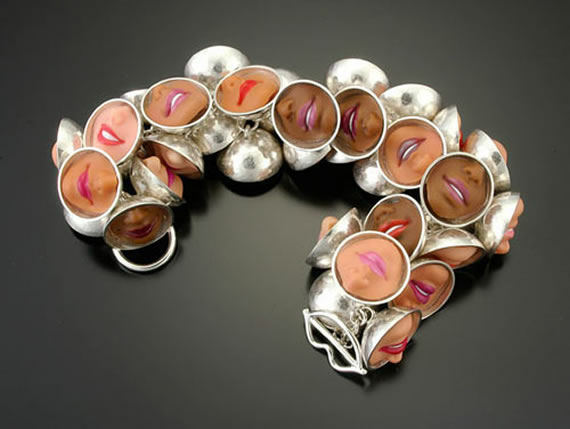 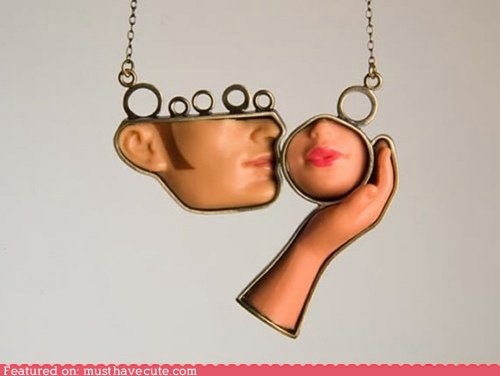 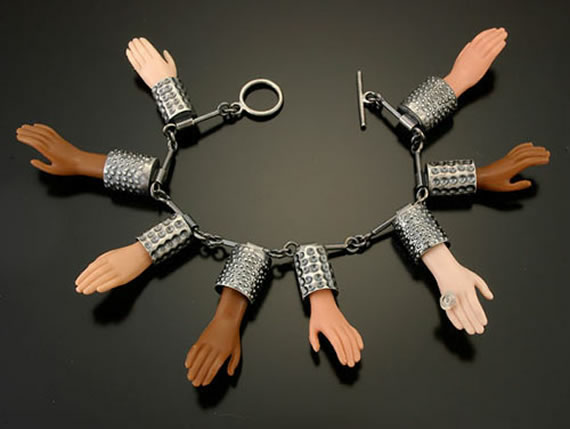 11)     The WTF? podcast by Mark Maron. While I’ve traditionally enjoyed NPR favorites like This American Life and Fresh Air when it comes to filling my head and ears during exercise time, my recent months have seen a turn towards Maron’s conversations with comedians (and a variety of personalities). He sits in his garage with them, positions the mics, and they talk.  He asks a question; the interviewee responds at length.  They go back and forth. There are multiple follow-up questions. In this age of everyone trying to shout louder than everyone else–of all our voices getting swallowed into the cacophony of social media–it is a dadgum blessed relief to hear only two voices in a space set aside just for them. One side benefit of the good-old-fashioned conversatin’ is that I end up knowing and liking people about whom I’d had reservations.  Notably smart interviews are those with Conan O’Brien, Anthony Bourdain, and Penn Gillette (of Penn and Teller).

I am haunted by the voices in my head.

12)      You. There is a you, and you mean more to me than you might guess. If you’re thinking, “But you don’t even really know me, J-bomb,” let me first ask you to stop using annoying faux-names like “J-bomb” before assuring you of my deep and pervasive impressionability. Sometimes I spend thirty seconds in the checkout line staring at a cashier, yet her affect and persona stick with me for days. I have one-sided conversations with her. I re-imagine the fatigue in her eyes. I hear again the rasp of her voice. I picture her with her family, sitting down to mac ‘n cheese and a game of table tennis on the Wii. Compared to the meaning I wring from such fleeting interactions, you are positively vital and enduring. I am haunted by the texture you lend to my head and my heart.

For the year past and the one to come, thank you.

17 responses to “A Bracelet of Barbie Hands for Everyone!”