We stood in the kitchen, eating Sunday morning biscuits and working out a quick schedule of the day–as families do–figuring out

who would drive downtown to take two boys to the matinee

if anyone had moved the wet laundry into the dryer

if the phlegm in the lungs had loosened up

how many online assignments needed grading

what was the plan for dinner

how was the execution of that going to happen

and at what time we might all see each other again later in the day, to debrief on various adventures in the world: the play performance, the new dress pants, the clean gym clothes stashed into backpacks, the amount of mucus coughed into Kleenex, the graded assignments, the framed handiwork, the completed banquet form, the packing up of the Legos, and the smell of focaccia baking because of course Byron was making focaccia for dinner on a day when he had turned out biscuits for breakfast.

During the scheduling discussion, I piped up that, as has been my way in recent weeks, I also intended to go for a run, buoyed by sunshine, crunching through fallen leaves. At some point in the busy day, I would park the car and stop eating the carbohydrates long enough to demand my portion of autumnal bliss.

That’s the conundrum of fall: it’s a time of heightened glory underscored by the melancholy of fading beauty. 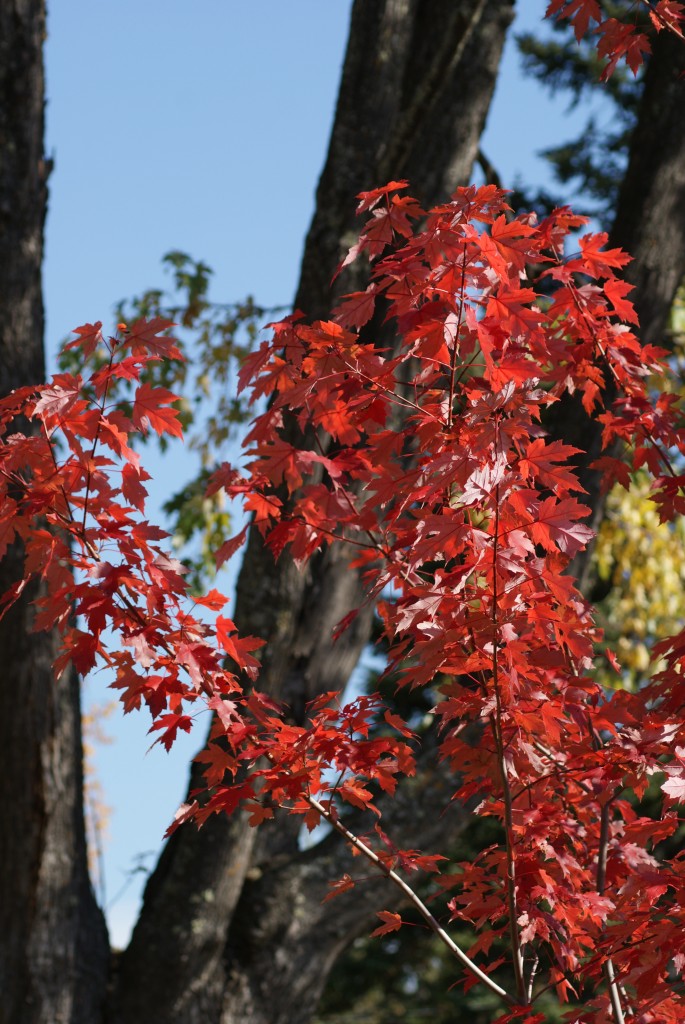 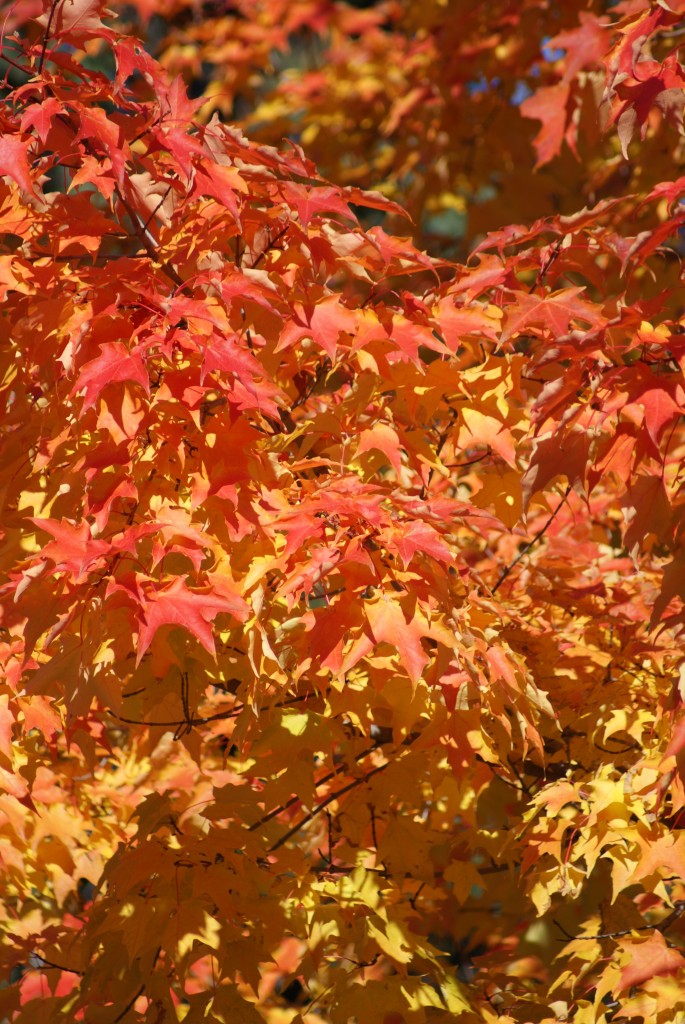 For me, the only way to deal with the melancholy that threatens is to savor the current colors and crunches, tucking images of them into my heart so that I can unfold them in February on a day when I want to gnaw off my forearm during a fit of winter desperation. In the darkest hours, I need to bolster my spirits with remembrance of times when the world was still awake, brighten my mood with the promise of future beauty. 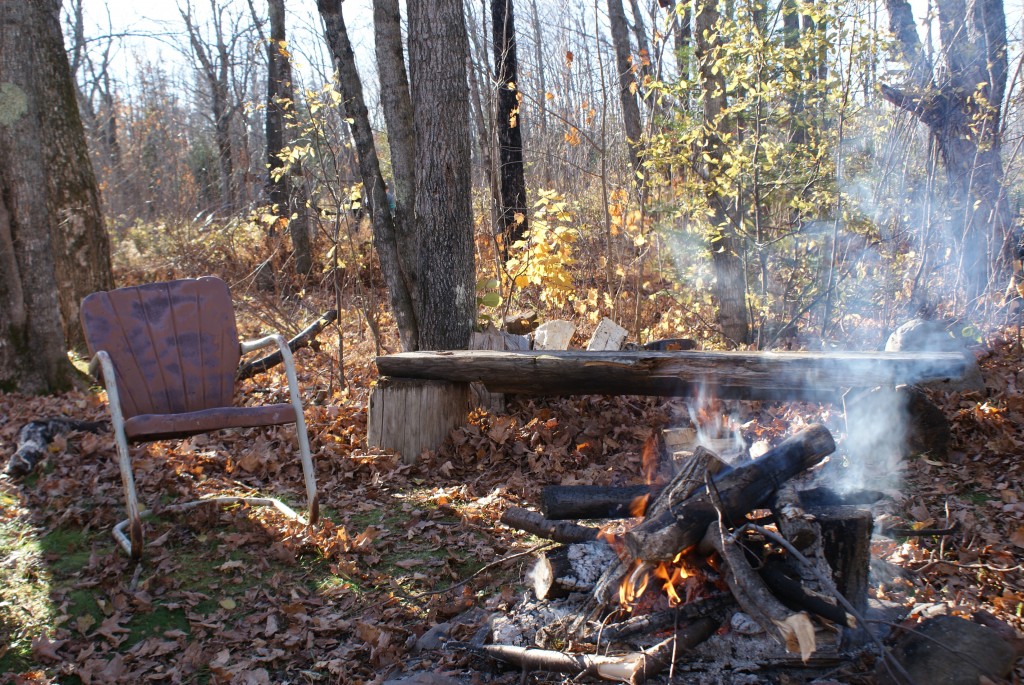 Packing all these feelings into a simple declaration about going for a run, I then shifted into True Jocelyn mode and unpacked the simplicity into perhaps-unnecessary complexity. I turned to Allegra–all the poor girl really wanted was another biscuit–and said, “There’s a feeling in the fall that we’re on borrowed time, that there’s a clock ticking down, so I want to be sure I suck up all the warmth while it’s still here.”

Ever the pragmatist, she responded, “Isn’t that how all of life is? Aren’t we always on a clock that’s ticking down?”

For even more insight into this amazing fourteen-year-old’s brain, I present to you the whiteboard that lives in her room. It is the home of her to-do list, account balances, and inspirational life lovelinesses. 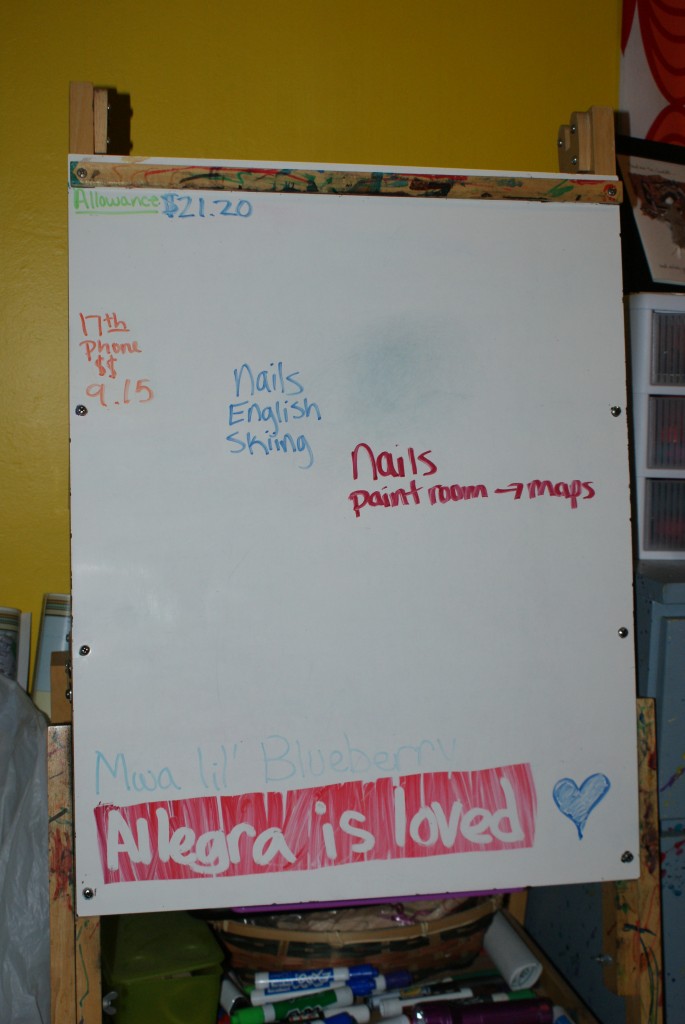 After taking a quick second to appreciate the girl’s point, I attempted to fine tune it. “Yes, of course all of life is basically a clock that’s ticking down. Well played, 9th Grade Philosopher. But it’s also true that sometimes we are provided with the gift of an enhanced awareness of that clock.”

Byron chimed in, as well, with some illustrative examples, but mostly, he was kneading bread dough while standing next to the apple cake he’d made the day before, so I was only able to perceive him in that moment as Master of the Carbohydrates. We can assume he said good things, though. I might have married him for his muffins, but I’ve stayed for his ability to talk smart stuff while elbow deep in flour.

When he paused to take a breath and flip the dough, I cut in, “You know, Allegra, it’s fairly common to hear from people dealing with cancer that their disease, while awful, actually has an upside in that it re-awakens them to life’s magic and makes every single day feel like the gift that it is.”

Verging on blowhard with that last bit, I felt the need to rein myself in, lest I lose her ear forever. I continued on a less didactic note: “When I was reading one of my celebrity gossip magazines a few months ago, I saw a quote from an actor named Michael Douglas–don’t worry that you’re unfamiliar with him; you’re not missing much–who has been battling throat cancer. In describing the journey he was on with illness, he said something like ‘Cancer didn’t bring me to my knees; it brought me to my feet.’”

She was listening, but she also had finished spreading jam on her biscuit, so I knew the teenager was about to bolt for the safe confines of her room and its comfortingly quiet whiteboard. I sped up.

“What Douglas means there is that having a feeling of being on a clock made him greet life with all new vim.”

Puzzled, the girl gave me a look that asked, “Vim?”

Clarifying, I added, “You know, verve.”

Tired of Mom’s constant vocabulary lessons, she slid her stool back from the counter and picked up her biscuit. I had about four seconds before she was gone.

Heading toward the staircase, the fourteen-year-old capped–and won–the conversation. “I get what you’re saying, but it still seems too dramatic. Because, Mom, all the beauty doesn’t go away when winter comes. Winter’s the most beautiful of all.” 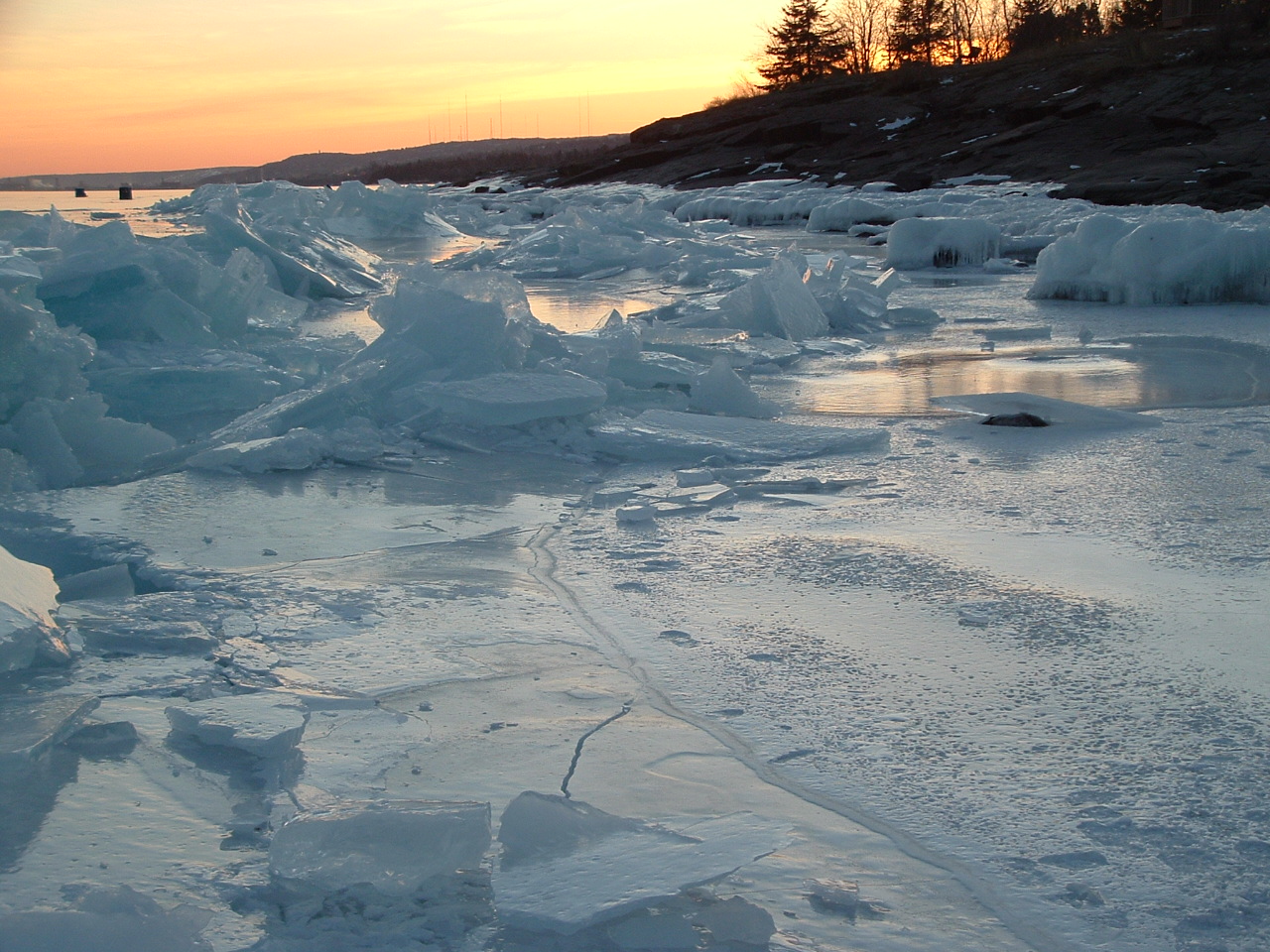 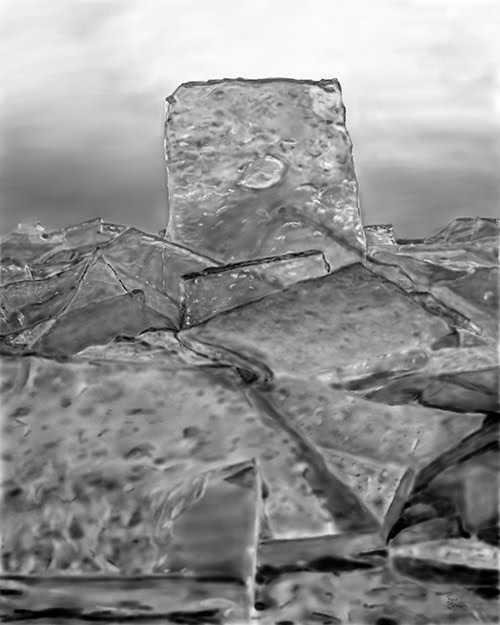 **This last image is one of Byron’s drawings; he drew it using a digital pen on a board about the size of a mouse pad. Himself is good at more than making biscuits. I know where his daughter gets her charms, for sure.

17 responses to “Seizing It”