When Byron goes to bed each night, I shift into “all the world falls away” mode. The house sleeps, yet my party continues. Some nights this means I work on a jigsaw; other night it means I catch up on celebrity gossip; and sometimes this means I watch a show that I know Byron wouldn’t enjoy so much.

Currently, I’m deep into the German program called Babylon Berlin — set in the 1929-34 era of the Weimar Republic, featuring a hefty cast of characters and produced with the largest budget ever for a television show not shot in English. Although the first episode was only “pretty good” in my estimation, what with the amount of exposition that is needed when a story intends to be “sprawling,” each subsequent episode has woven around me to the point that I’m thinking about this program throughout the daylight hours, counting down until I can hit Play on the next installment. Seven episodes into the first season, I’ve completely forgotten my pangs for The Crown. Take that, Philip, you petulant philanderer!

Babylon Berlin creates a world where I, the viewer, am more tense and worried for the characters than they seem to be. Their casual assurance, even in the face of fraught situations, is strangely comforting in this time when black is regularly called yellow, and we’re all expected to accept it. Post-traumatic stress problems? Soul-grinding poverty? Male machinations attempting to stymie the ladies? Visceral gore before dinner? Lying, deceit, and surprise victories? All run through the story of Babylon Berlin, and the characters remind me: chin up; look reality in the eye; handle yourself; fuck the fuckers; and at the end of a brutal day, nothing will restore your spirits like a wild and random dance break.

Here are even more reasons why I am crazy for this program: 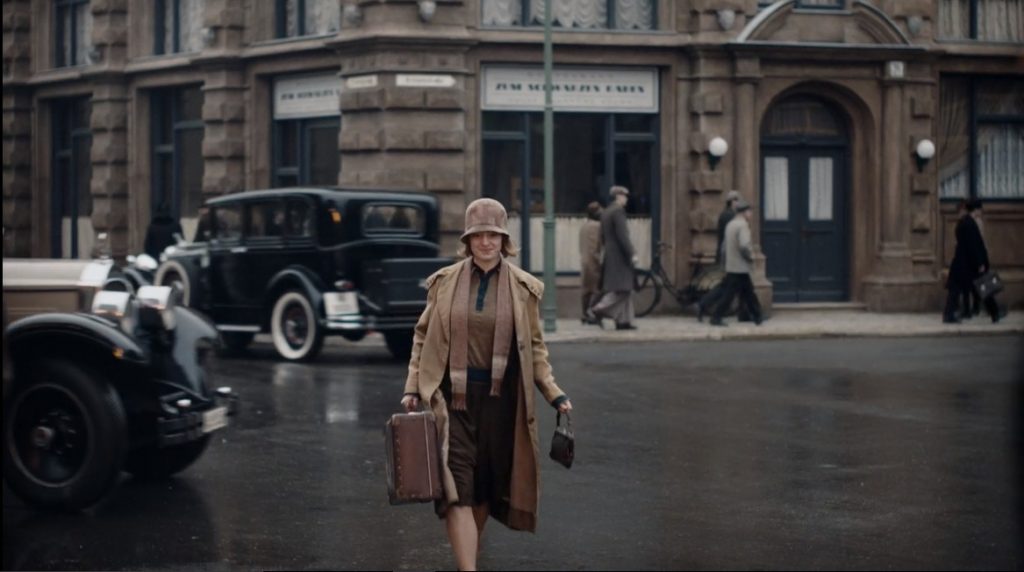 3. Who has his ways of coping! 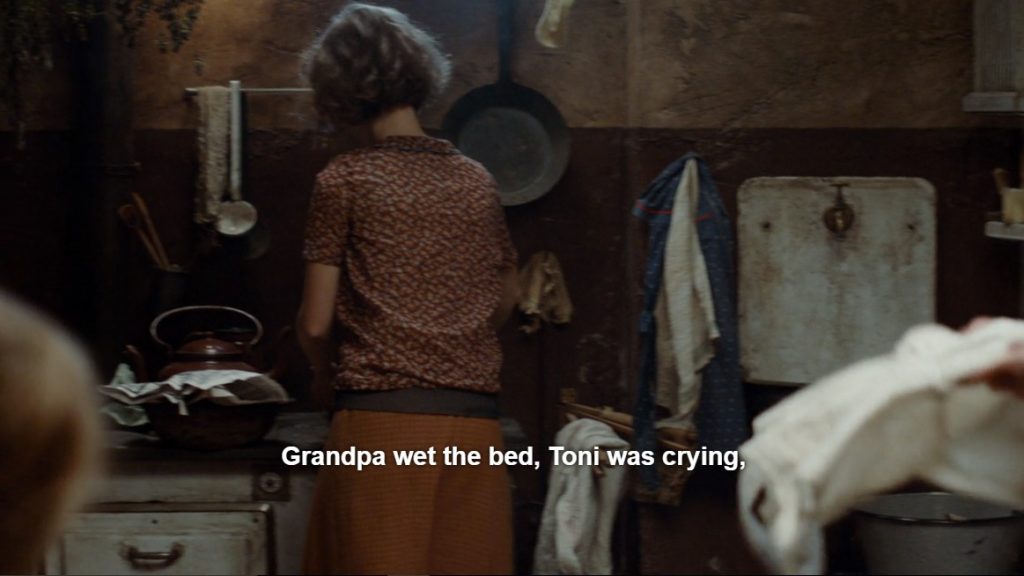 5. But she knows everything feels better when you’re at the club! 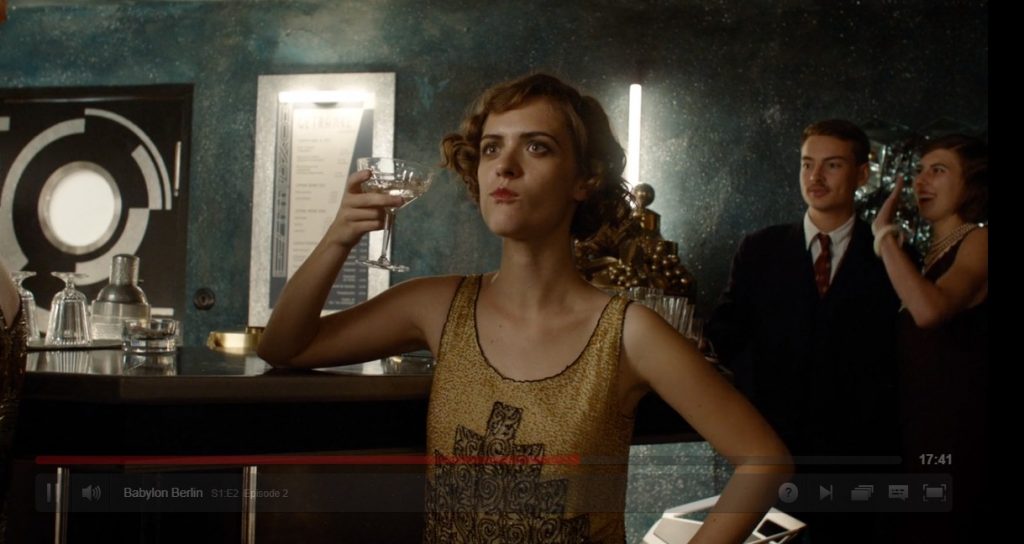 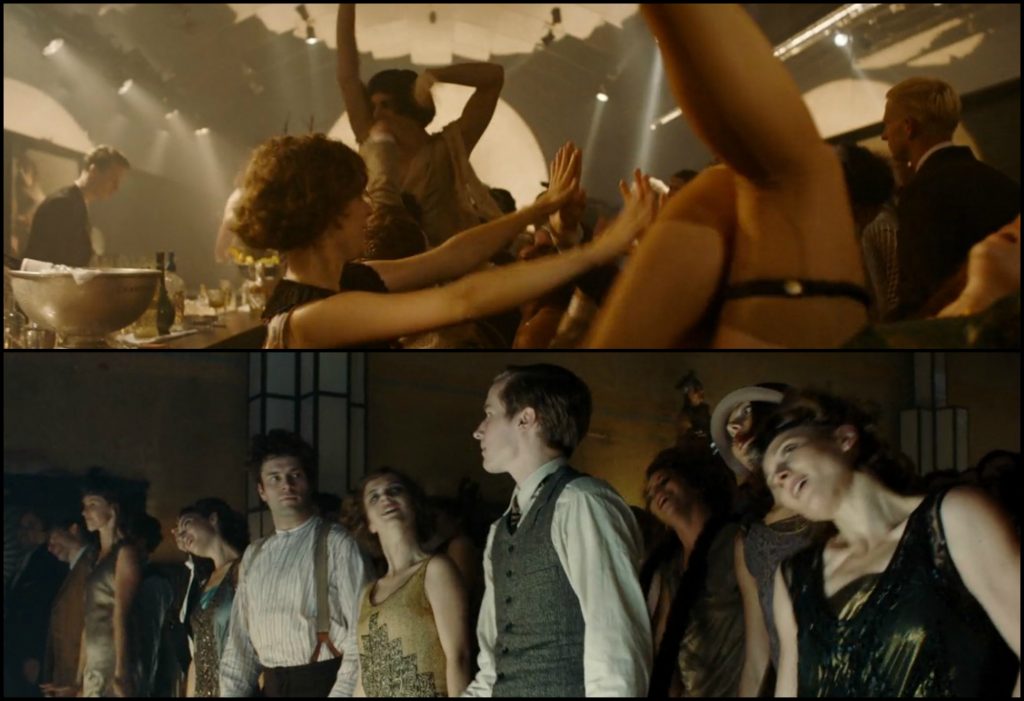 10. A lantern-jawed landlady! And subtitles! About food!

12. A high commissioner with the vice squad who can be neither hated nor trusted and who looks eerily like W.C. Fields! 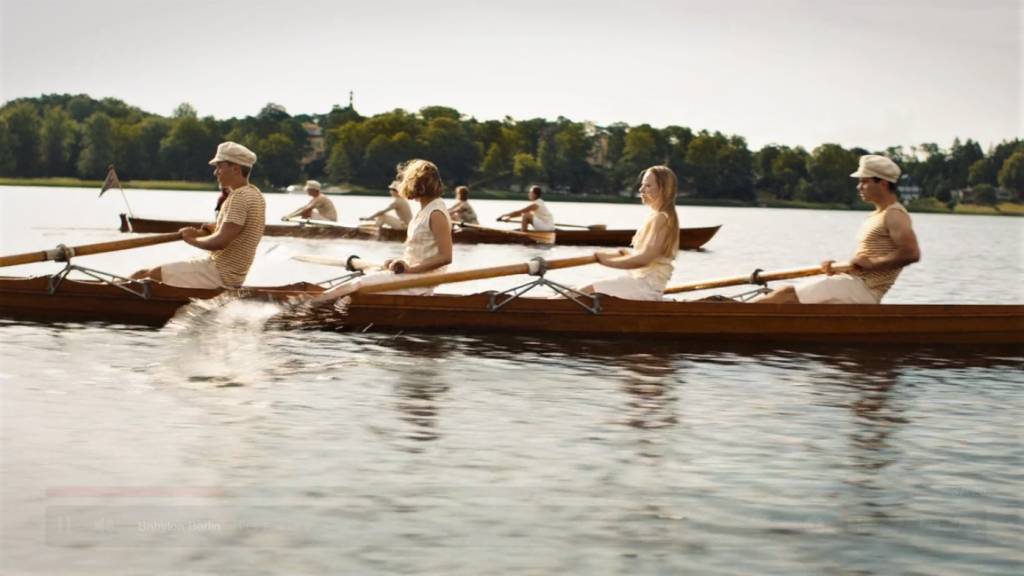 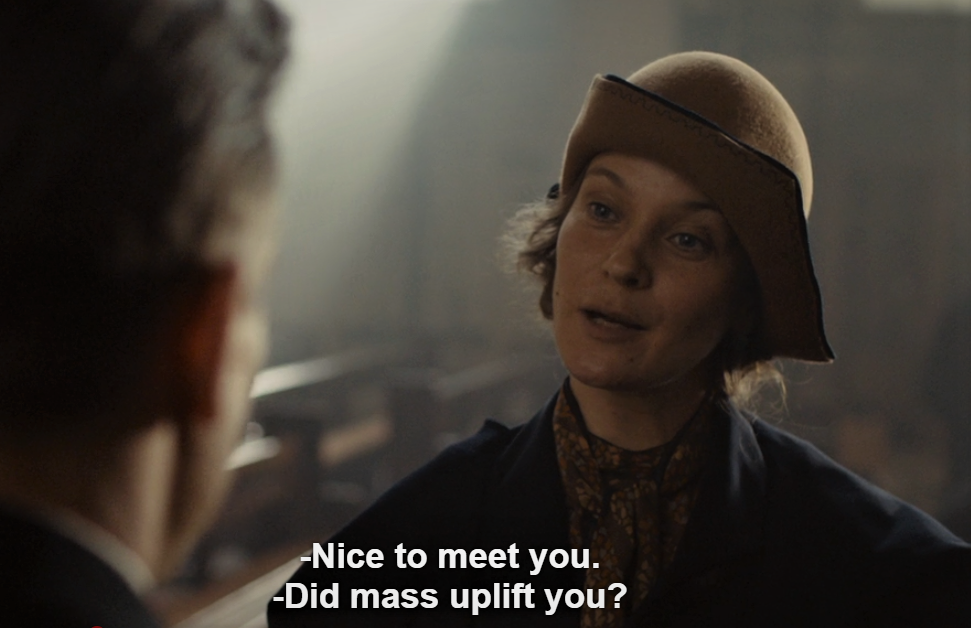 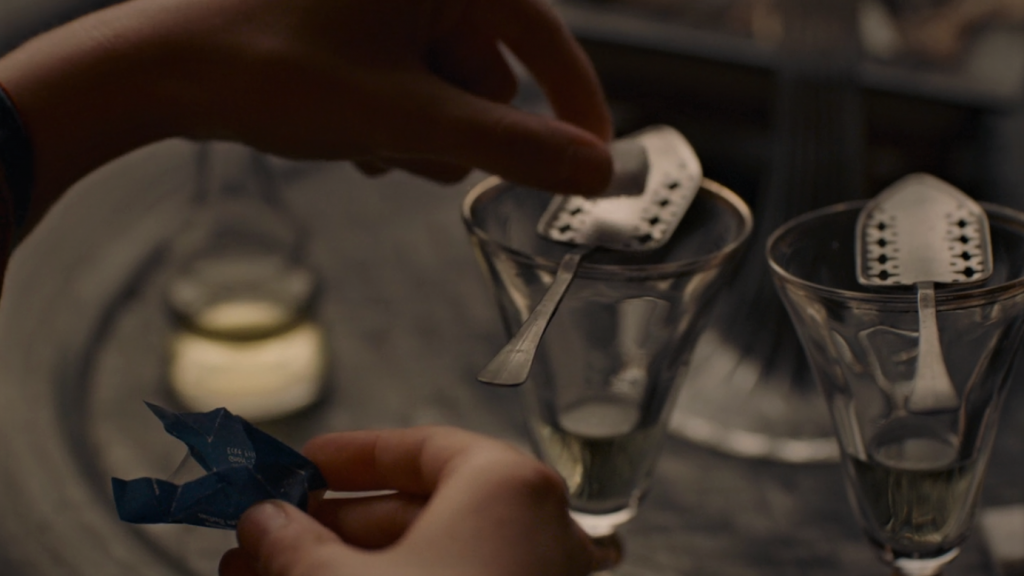 Babylon Berlin dropped on Netflix in the U.S. on January 30th, and I’ve been increasingly enchanted ever since. Every night, I can’t wait to hit the club.

Editing: Probably half an hour of grabbing and cropping screenshots