Twelve Days of Summer with My Twelve-Year-Old: DAY ONE

Twelve-year-old Paco and I have a lot of time together during the summer months. While that fact often makes me want to dig my fingernails into my forearms until they leave half-moons that remain imprinted for half an hour, the truth is that our hours together are generally delightful.

In the next dozen posts, I’ll be recounting twelve moments that have kept me from locking the twelve-year-old in the garage.

It would just be for an hour. SHEESH.

Maybe three, if I decide to take on the annual dusting of the bookshelves.

Definitely not more than four.

I mean, he’d be out by dinnertime.

At any rate, with no further ado, here we go. 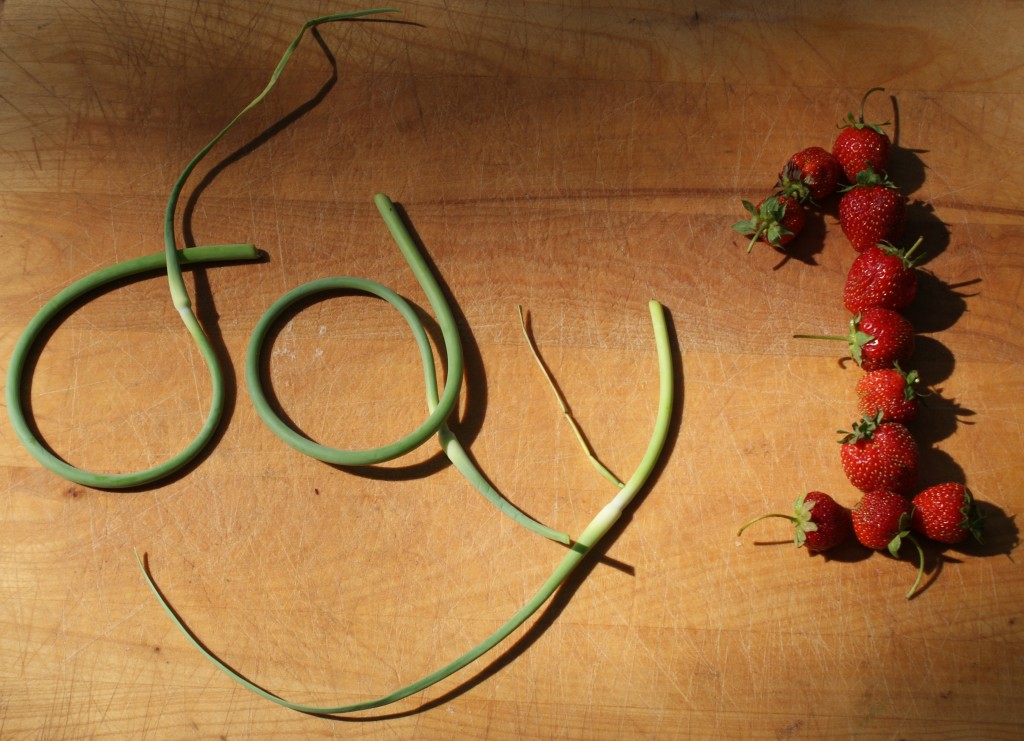 On the first day of Summermas, my middle schooler gave to me: help at the library.

Every year, the public library holds a fundraising book sale, and every year I volunteer to work a shift. Few things make me happier than being surrounded by books, and there are few organizations whose mission moves me as deeply as that of public libraries. The only things that come close, on my pleasure scale, are popping a long-brewing zit, sipping a well-crafted IPA, making my daughter try on leopard-print stilettos in the shoe store and attempt to walk, and walking into the kitchen just as my husband has washed the last dish.

When the kids were younger, working the sale qualified as rare and wondrous: for two-and-a-half hours, I got to be alone–albeit while swarmed by a crowd of book buyers–but even in that crowd, I was still alone inside my head, something that still never happens when the kids are within eye- or ear-shot. Then, once they got older, both kids would join me to work the sale; during this stretch of years, I volunteered to staff the big garage where children’s books are sold, thinking the kiddles could wander around and paw through stacks, picking out purchases for themselves, while I sat by the till.

As if my kids have ever stepped more than three feet away from me in public.

Their close-orbiting, cautious, I-only-like-known-people natures prepared me not at all for other children. Completely untrained in the ways of normal small people–who, you know, sometimes pull a runner or who occasionally say words out loud to other human beings around them–I was a terrible On-Duty Childminder during play dates. With other parents’ kids in tow, we’d all wander up to the playground, at which point Paco, Allegra, and I would stand in frozen shock as their friends moved the air around them by climbing and throwing and shouting. We hadn’t known it could be like that. More than once, I narrowly missed breaking the fall of a child in my care as she toppled from some great height because who knew children could be wild and brave and push personal boundaries with an innate sense of exploration?

With their sit quietly, hang close, and speak-in-whispers-but-only-when-no-one’s-looking habits, my damn placid kids trained me for nothing that occurs in nature. They also refused to go paw through books in the children’s garage at the library sale. Instead, they glued their hips and elbows to mine for the entirety of our shift, turning every monetary transaction into the equivalent of a three-legged race humped out by conjoined triplets.

More recently, Allegra’s aged out of helping during the sale. She’s got trails to run, jobs to find, babysitting to do, a low-lit bedroom to read in. So it’s been Paco and me, Wonder Team of the Cash Drawer, these past couple of go-rounds. Last year, we worked the “high-end and rare books” room, which saw us tucked back into a quiet corner at our check-out table, surrounded by staid patrons sporting nasal tones and thick wallets. While it felt very safe and calm there, the minutes ticked by slowly, for there are only so many people interested in buying biographies of George Orwell written in 1952.

Thus, Paco requested that, this year, we work a station with a bit more action.

He requested that we work sales for the Fiction Room.

when faced with masses of rabid readers chasing down a deal, I figured it was worth a try. If nothing else, the experience would provide him with further evidence that People Are Annoying, and if you ask me, that’s the kind of life lesson that’s easier learned young.

So I signed us up to cashier for Fiction. Novels, small and large. Trade paperbacks. Best-seller hardbacks.

The first day of Paco’s summer vacation, therefore, saw him stationed at a folding table in a high-traffic area. We had our money box. We had our list of prices (hardbacks $2.00; trade paperbacks $1.50; pocket editions $.50). We had our aprons. We had our stash of plastic and paper bags. We had an invitation from the bustling Midwestern woman in charge–competent despite her lack of apron–to stop by the staff lounge for grapes, cookies, or coffee served in a styrofoam cup and garnished with powdered creamer. Her vowels alternating between rounded and sharp, the accent full Minnesotan, she pipped, “Don’t you be shy, now. Any time you need a little snack, you just pop down the hall.”

As if Paco, no matter how hungry or how clear the welcome, would ever wander down the hall to get himself a cookie.

We didn’t much have time to consider snacking anyhow, what with 97% of folks attending the sale stopping by our table to check out. Additionally, a host of regional book buyers hit sale each year to stock their inventories, with some purchasing over $400 in cheap books. Such transactions can take 20 minutes of sweaty sorting and adding when it comes time to pay. Almost immediately after taking charge of the cashier table, Paco and I were swamped.

He started out tentatively, wanting me to handle the math and money while he did the bagging. Soon, however, two lines formed, one next to him and one next to me. Flop sweat visibly dotting his soft, sweet skin, he did a whispered check-in with me after he figured out each customer’s total, just wanting to be sure before he made it official and announced it out loud.

At the same time we were tallying up totals for those in front of us, a few Super Buyers–just regular people who were hitting the motherlode during their browsing–kept coming and going from our table, depositing their latest armload of finds behind or next to the table. Over the course of an hour, one woman consigned the equivalent of eight paper shopping bags of books to our care.

And then. When she was ready to check out, I murmured to Paco that we should sort the books into stacks of similar types as we extracted them from the bags and started adding up her final bill. Nodding, he added, “Let’s do stacks of ten.” Simultaneously, our heads dipped, and we began the process of creating order out of one woman’s bibliophiliac chaos.

Within three minutes, I realized that the balance of power at table, out of nowhere, had shifted.

I realized I was interfering with my kid’s efforts.

I realized I was in the midst of one of those heart-stirring moments of parenting: I was watching my child–he who who never wanted to get dropped off at camp unless he had a friend with him, he who never wanders into his room and closes the door, he who ends every day by asking, as he snuggles under the covers, “What are we all doing tomorrow?”–handle a situation. On his own.

Grabbing the moment, I told the twelve-year-old, “This is going to work best if you deal with it. I’m messing up your stacks. Let me know if you need an assist. Otherwise, I’m out.”

For the next five minutes, both the customer and the mother watched in wonder. While the exhausted shopper sat on the steps near us, fanning her face in recovery during the accounting, I stepped away from the eight bags of books and plopped onto a folding chair.

And we observed a young man taking charge.

First, he arranged 15 stacks across the table, each containing ten books of like type. Because it didn’t come out evenly, he also had one stack with three pocket-sized editions and an extra stack with only eight trade paperbacks.

Then, silently, he stared at the stacks for a minute, waving his hand over each one. A maestro. A wizard.

After that, he shot me a sideways glance and said, “I’m going to double check my numbers on the calculator.”

Re-inserting myself, I whispered, “Are you completely sure about this total, or do you want me to check, too?”

Her words were hugely important.

I will thank her for them forever.

Paco has always known I’m there for him. He has always known I think he’s terrific. These two things, taken together, have made it so that he’s secure, able to take his time in asserting independence. While I’ve long been ready for him to fly, he still loves the nest.

That’s the thing about Age 12. We’re both right.

Thanks to the tired shopper’s words, though, Paco received a message that day from Outside the Nest. When he’s ready to jump, the world will embrace him.

Looking wiped out, Paco bagged up the woman’s books while I found her a flat cart to use for wheeling them to her car. Watching the doors swing shut behind her, the Wonder Team of the Cash Drawer experienced a rare lull.

Scooting my chair closer, wanting to connect my hip to my boy’s, to feel our elbows brush against each other, I leaned my head against his and proposed, “How about I go find you a cookie and a cup of coffee?”

7 responses to “Twelve Days of Summer with My Twelve-Year-Old: DAY ONE”