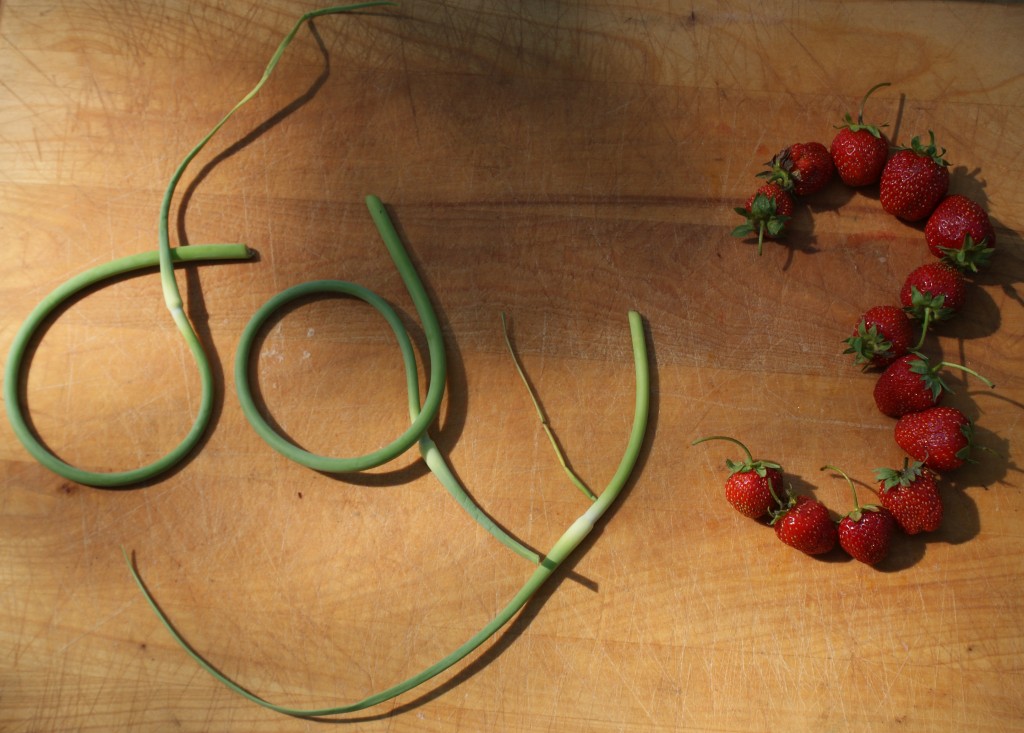 On the third day of Summer(mas), my middle schooler gave to me: three hikes through glens

By age four, we had Paco gliding on skis, running kids’ races, trailing the herd on a soccer team. 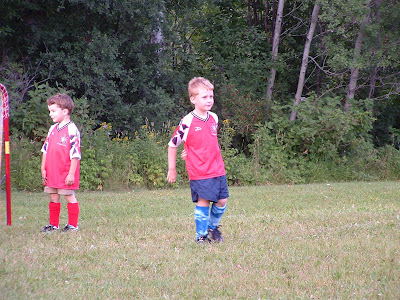 We laid the groundwork for a life wherein his body moved.

Then he reached an age where he could assert something called Free Will. For a kid who lives inside his head, who perhaps feels a bit clunky in his body, who is–to put it gently–“low energy,” who hates being timed, who recoils from competition, who considers few things more exciting than a thick book,

The United States has a hard time processing that concept. It looks at kids like Paco, uses Florida to scratch North Dakota in a gesture of confusion while it scrunches Maine and Washington together into a frown, and then it asks (its mouth somewhere in Kansas), “I get that you don’t like soccer, kid. But you play baseball, right? NO? Tennis? Why not? Oh, you must run, like your sister? NO? Well, you must have some teams you like, at least. Right? How about the Vikings? No? So, what, you’re a Packers fan? NO? I don’t get it. Like, how do you pass the time, then?”

When the answer is given–“I like reading. Crafts. Cooking. Blacksmithing. Making a fort inside the sprawling dogwood. Building fires. Medieval weaponry. Dreaming about fantasy worlds. Observing people’s true characters.”–all of Nebraska crinkles in perplexed dismay. Whaddya mean, Boy? You like cooking? You think the Cornhuskers cook?

Fortunately, Paco’s parents are willing to run hardcore interference between their son and their country’s rabidly sports-minded values. I’ve been known to slap Kentucky for throwing shade at my kid’s interests, and one time I grounded Texas for Inappropriate Attitude. In a semi-mortifying incident, I once hollered at Maryland outside its own capitol building when, fueled by passion, I created a loud defense of baking biscotti as preferable to sacking.

HE’S FINE, UNITED STATES. HE IS ALLOWED TO BE WHO HE IS. SO MAYBE LEARN TO ASK A QUESTION ABOUT THE LIFE OF THE MIND AND NOT JUST HOW MANY JERSEYS HE HAS IN HIS CLOSET. AND WHEN HE SHOWS YOU HIS FINGER KNITTING, DO NOT FOLLOW HIS PRESENTATION BY ASKING, “HEY, YOU MUST PLAY HOCKEY, WHAT WITH BEING A MINNESOTAN, RIGHT?”

Naturally, even though we uphold our child’s right not to participate in sports, we also want him to be healthy and aware that putting one’s body out into nature can be a source of joy throughout a lifetime. Moreover, if he learns how to exist in nature, he could one day become a contestant on Survivor and use his monocle to reflect the sun and start sparks in some kindling, thus giving his tribe the early advantage of drinkable water, thereby making himself highly alliance-worthy, ultimately winning the million dollars, at which point he could offer to take his Ma and Pa to Fiji for a week as thanks for that time they put Mississippi in a Time Out when it mocked his lack of interest in shoulder pads.

It is for exactly that reason we recently bought the kid an iPod.

I’ve always wanted to sit on a beach in Fiji.

Indeed, in an effort to balance Paco’s unwillingness to participate in sports with our desire to see him healthy and aware that he feels better when he sits up sometimes, we struck a deal: Kid, we will buy you an iPod, but the only time you can use it is when your body is in motion.

When I first laid out these terms, one of Paco’s ears perked. The other did not. Although he has a lovely voice and thrums to both classical and pop, he doesn’t crave it in as isolated, earbud-driven music experience. So what would an iPod offer him, outside of the cachet of having an iPod?

I worked on upping the appeal: “I’m sure there are podcasts you’d really enjoy, if we do a bit of searching. Both Dad and I really love having smart voices piped into our skulls, and it seems like you’re the kind of person who could get lost inside the word of voices, too, because sound without a visual asks your brain fill in the blanks, and, Buddy, your brain is a mighty blank filler-inner. I’m betting there’s a bunch of gaming podcasts, for instance. And maybe Nova has some episodes, you know, about real Vikings and not the football ones.”

His other ear twitched. “Can I go search podcasts now, to see if there’s anything I might like?”

Ten minutes later, his footsteps thundered down the stairs. “Okay, I want an iPod. I’m in. There’s a Nintendo podcast called Power Pros. And Alton Brown has a podcast, too.”

Spitting on our palms, we shook hands. It was a deal.

In the weeks since purchasing his Nano, it’s transformed our Dreamer into a Walker. While he still spends many hours on the couch, horizontal, he also often asks, “Can we go on a walk today?” Or if we suggest a hike, he responds with an easy, “Just let me go download the latest episodes!”

Now, three or four times a week, Paco and I can be spotted on local trails, side-by-side, completely ignoring each other. Some folks would find this troubling, wanting to blame devices and technology for diminishing “real” interactions. I reject that thesis. We have very clear rules about devices and technology in our family, rules that keep things clear and clean. Video gaming has brought fantastic skills into our son’s life; when he and his friends are all online together, wandering through a made-up world as a pack, they are coordinating, cooperating, sharing, negotiating, and looking out for each other. It’s not uncommon to hear my middle schooler say to a neighbor boy, over a microphone, “Max: I just noticed you don’t have a helmet, and I have two, so I put one into your inventory.” Even more, the television screen has fostered our son’s love of food and its preparation. It’s because of tv that he knows of Alton Brown, that he sees Julia Child as a most-welcome Crazy Aunt, that he understands it’s never a good idea to forego salt or butter. And thanks to our having a WiiU, he and his cousin Elijah, miles and miles away from each other, broadcast each other’s faces onto their respective screens and use the chat feature to engage in “pencil-driven” games. Writing on their WiiU controller pads, the boys spend hours playing Hangman and creating drawings. As they do this, they use alien voices, sing songs, and discuss the matters of their days. Through technology, they connect.

For Paco and me, as we walk together, each listening to our chosen stories, it’s more like parallel play. Mentally, he’s in his world; I’m in mine.

But then he’ll stop, put a finger to his lips, and point at a bird in the nearby grass. Five minutes later, we’ll stop, unspeaking as we continue to listen to our podcasts, and each pick up a handful of pebbles that we throw into the creek. At times, he sees an obstacle and decides parkour is in order: 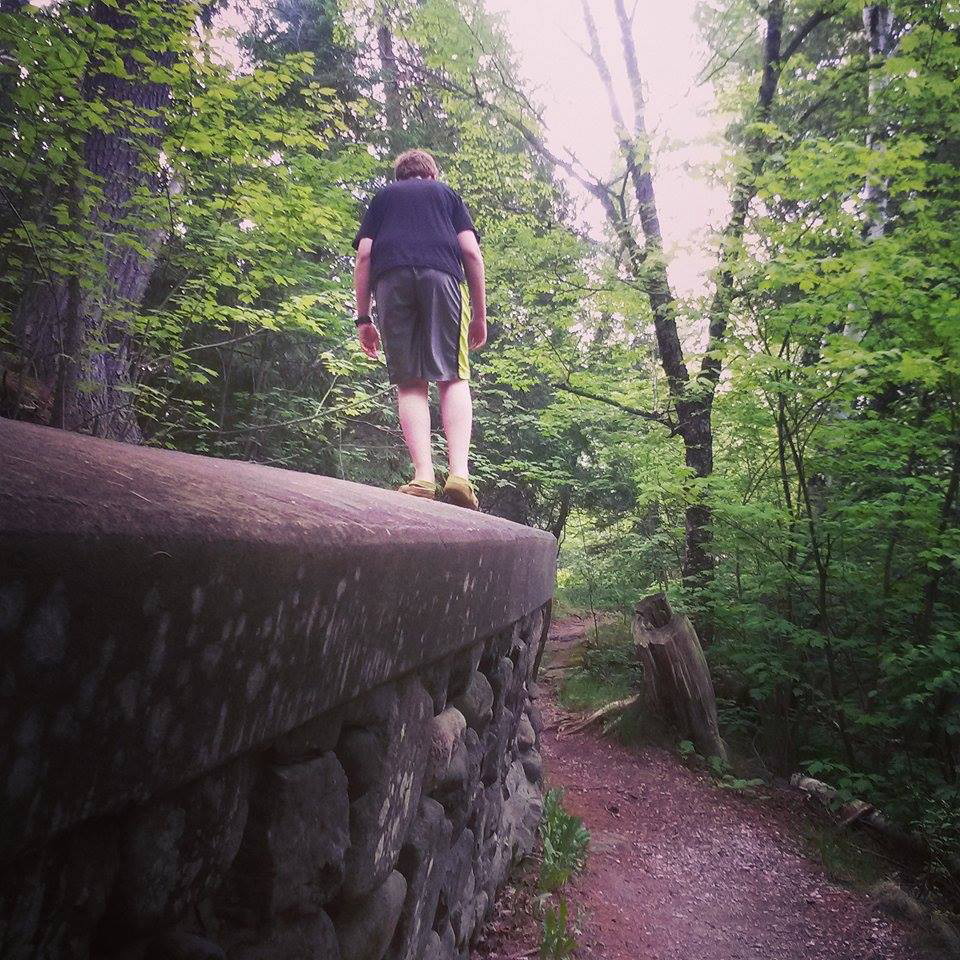 Always, no matter how little we speak, how infrequently we look at each other, I feel, deeply, how much we are with each other. The voices in our ears create a silence between us, a silence that allows for a unique kindred connection.

Of course, I always welcome his return to speech when it happens.

A few weeks ago, as his Power Pros podcast finished, he pulled out an earbud and asked, “How much farther to the parking lot?”

“About ten minutes. You have time to start a new podcast, if you want.”

“Well, then, let’s just turn these things off and talk,” I offered.

He countered, “I actually want to listen to some music for a few minutes. I added a few songs from our iTunes library.”

“All righty, then,” I agreed, sticking the bud back into my ear. “Rock on, Sonny.”

We continued to walk down the hill, absorbed in our worlds. After a few minutes, I noticed he was smiling.

Raising my voice, I asked, “What are you listening to? It’s giving you a very good time!”

A little too loudly, unable to gauge his volume, Paco beamed: “I’m listening to ‘Push It’ by Salt-N-Pepa. I love it so much, Mom. I’m on my second time through it!”

“Push It.” Salt-N-Pepa. Just when I thought our hike couldn’t get any better.

Even though he’s twelve, and even though we were in public, I had to grab his hand. Swinging our arms between us, pushin’ it real good, we continued down the hill to the car. 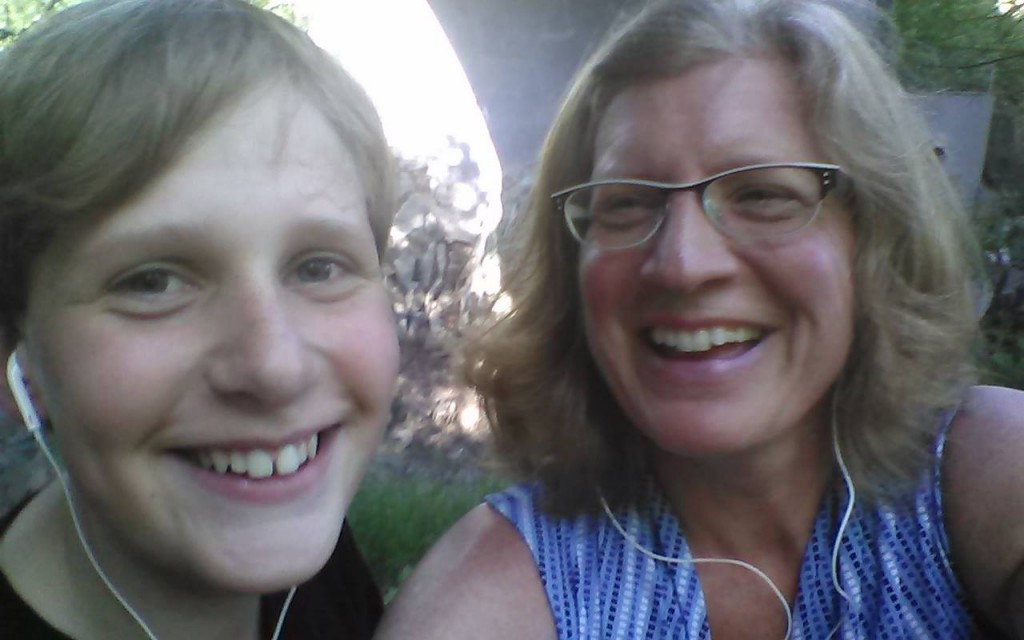