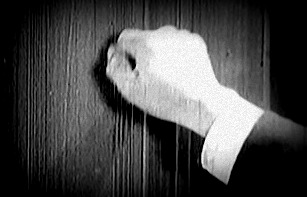 The knock on the door startled me.

No one had ever knocked on my door before.

Quickly, I wrapped up my phone conversation, telling my parents I had to go and would talk to them soon. Then I pushed back the dinged-up wooden chair I’d been sitting on – the metal glides shrieking as they slid across the bare linoleum – and tried to pull myself together.

Grabbing a washcloth and patting the tears off my cheeks, I caught a glimpse of myself in the mirror. My face was blotchy, my eyes red. There was no quick fix for this appearance of misery.

Crying to my parents on the phone was not unusual during the summer of 1988. Crying to no one, lying on the lower bunk where a plastic-wrapped mattress crinkled beneath me, was also a frequent occurrence. I was renting a room in a fraternity house on the campus of Northwestern University, and my sadness was massively out of proportion to my circumstances.

In reality, I had it good. I was 21, healthy, about to enter my final year of college, working a summer job aimed at funneling my English major into that degree’s version of success. Drawing upon the connections of a college friend, I’d cruised into a position at a publishing house. Not only would I be getting an insider’s glimpse of the place where books were born, my resumé would be gaining a valuable boost.

As my vision of the summer came together, it thrummed with promise. I’d be doing interesting work updating travel guides; I’d have my pal Matt to hang with since he, too, had scored a position; I’d get the resident’s perspective of a famous urban center; I’d be seizing an opportunity that could transform my future.

Fortunately, I caught wind from a new co-worker who’d attended Northwestern, a junior editor named Sarah, that the empty rooms in fraternity and sorority houses could be rented during the summer months. All I really needed was a bed, a way to cook food, and some electricity for my tiny television set, so when a room at the Acacia fraternity was free for the taking, I dove.

When I reported my find to Sarah, she wrinkled her nose. In her faux East Coast Brahmin accent, she observed, “Acacia House is — hmmm — not one of the best fraternities. My fiancé was in Tau Delta Phi, and the girls in my sorority would never date anyone from Acacia. They’re kind of weird. Just keep to yourself there. Don’t buddy up with any of the guys.” I assured her there was no danger of my befriending any of the men from Acacia. Most of the rooms in the house were empty for the summer, with only a couple of the frat members hanging around the edges. “Good,” she said, patting my shoulder. “And if you have the chance to move to a different house this summer, do it. You definitely want to get out of Acacia. Yuck.”

Then, swiveling on her high heels, she turned back towards her cubicle. After a few steps, she tacked on a random afterthought. “Speaking of Tau Delts, I was telling my fiancé that a good measure of how well you’re doing is if your salary is equivalent to a thousand dollars for each year of your age. So: I’m 24. When I look at what I’m making here, that means I’m doing really well.”

She swiveled again and strode towards her work space. A second later, tugging down the puckering jacket of her suit, she halted and looked back. “Don’t you think so?” she wondered, surprisingly plaintive. “That I’m doing well?”

In many ways, Sarah presented a vision of my near-future. Like her, I could end up with a job in a publishing house, camouflaging my insecurities with an overlay of pencil skirts and pointy shoes. Pointing to a nameplate, a title, and a closet of button-down blouses, I could legitimize the money and time poured into college. Sarah was a reminder of everything I might become.

Witnessing her over-confident movements around the office, listening to her loud discussions about the value of a journalism degree and the importance of a strategic seating chart at a wedding reception, I wondered if I had it in me to become a Sarah.

I wondered if I even wanted to become a Sarah.

Although she was friendly to the newbies in the office, Sarah was irritating. Even more fundamentally, she made me sad.

Also depressing was the reality of updating travel guides. Eight hours a day, Matt and I sat in our cubicles and phoned the businesses listed in the previous year’s guide, quizzing each of them with the same list of questions: “Do you still take Visa? Discover? Mastercard? American Express? Do you still sell live bait?”

Walking out of the building at the end of the day felt like coming back to life. There was air that moved, natural light, people acting casual and real rather than Conspicuously Adult. After running a few errands, I would return to my empty room and watch Chuck Woolery host Love Connection.

To counteract the drudgery, I went out with a group of college friends. They were pals but not intimates, so during our evening of drinking, playing pool, and pawing through vinyl at a record store, I was determinedly my best self. It was thrilling, glittering, exhausting. At 2 a.m., I returned to my room and scrubbed the blurred mascara off my eyes. At the end of the hall, a door slammed.

One time, during a walk home from Walgreen’s, I spotted a crowd of protesters carrying signs. Chanting loudly, they were objecting to a theater’s showing of The Last Temptation of Christ. Inwardly debating the finer points of free speech, I returned to my spartan digs and set my new tube of toothpaste near the sink as I stared into the shadows and recalled, remotely, the invigorating energy of protest.

A different week, my parents came to visit. We ate out, explored the city, attended a concert. After their visit, waving at their retreating car, I felt my stomach growl. Grabbing my lone saucepan, I descended to the industrial kitchen in the basement. When the water hit a boil, I added half a bag of egg noodles and stood near the flame, breaking the silence by tapping a knife on the stainless steel counter top. Nine minutes later, mechanically, I walked to the double-door fridge, took out a bottle of Ranch dressing, and squeezed a few tablespoons onto the noodles. Upstairs, in my echoing room, I settled the bowl onto my lap and read the last few pages of Northanger Abbey while absent-mindedly lifting fork to mouth.

Midsummer, Matt and I took a weekend road trip to Kentucky to crash the home of a college friend. After long hours on the road spent gaping at the lush greenery between Chicago and Louisville, drinking too many beers and sleeping too few hours, I returned to Acacia House, whupped and drained. Tip-toeing as though someone might hear me, I stopped in the lounge to see if any mail had come. There was a statement from my bank, warning of overdraft. Burdened by bags, I carried the envelope in my teeth, worrying numbers in my head while digging for keys.

Every week, I went to the public library. I read all of Pearl S. Buck’s novels, all of Jane Austen, everything Wallace Stegner had written. I re-read Maude Hart Lovelace’s Betsey-Tacy-Tib series, a favorite of my youth. I wandered the stacks, seeking out layered, textured friends. Back at Acacia, I’d stack the books on the floor next to the metal bunk bed, building a protective tower between me and the desperate loneliness that saturated the floor and walls.

Frequently, when television and friends and visits and walks and warm food and stacks of books weren’t enough, I cried. I had thought all those things would be enough.

They weren’t. What was happening that summer was bigger than getting through the days intact. That summer was asking a question I hadn’t known I was posing, giving me an answer I was ill-equipped to process.

That summer was asking, “Is this what you want?”

More specifically, it pushed me to consider, “What if this is all there is?”

At the time, I didn’t hear the questions. But my gut felt the answers.

This was not what I wanted. This could not be all there was.

I wanted something Not This.

Unable to articulate even that much, I cried.

Then, one night, during a session of wailing to my parents, transferring my half-formed but fully felt anguish to them, there was a knock on my door.

After scrambling for composure, I opened it.

Standing in the hall was a well-tailored young man, his skin richly toned like the heavy oak door of the public library.

“Hi there,” he greeted me. “I just wanted to stop by – I’m in the room next door – and introduce myself. I’m Roger, a brother here at Acacia, and I was home most of the summer, but now I’m back for an internship before the semester starts.”

Haltingly, uneasy with the social niceties, I told him my name and why I was in Evanston.

Looking carefully into my eyes, Roger got to the point. “I just wanted to say that if you ever need anything, I’m here. I’m home each night around five, and so if you need anything, even to talk, you can just knock.”

Through the cinder block walls, he’d heard me crying.

He was being nice.

He was doing the right thing.

Dangling between awkwardness and gratitude, I thanked him and closed the door.

However, after that night, some small thing inside of me shifted, and I was less chronically sad. Still, I was alone, and still the sound of a dropped fork echoed when it hit the linoleum, and still I relied on television and books to push back against the worst of it.

Yet it was different after that night.

Floating through the door during those few seconds with Roger had been a whiff of something I’d missed as I dumbly trudged from work to bunk bed: if I needed someone, someone was there.

At the end of the summer, when I returned to my final year of college, two revelations were fermenting:

What I wanted from life was Not That.

What I wanted from life was not only to surround myself with people like Roger but to be a Roger.

Now, almost thirty years later, I often unfold the example of his goodness, spreading it out before me, ironing the wrinkles flat with my pointer finger.

Certainly, when I channel Roger and willingly look someone’s crisis directly in the face, my reactions are more abstract than his. I type a message, rub a back, tilt my head sympathetically and murmur, “That must be incredibly hard for you.”

But inside my heart, in such moments of typing and massaging and tilting, I am replaying my memory’s reel of one hot summer night in 1988, when the sound of despair carried through cinder blocks, calling out for compassion.

I hear the knock.