When It Rains, It Pours Barf From the Upper Bunk

However, it takes some time, and that I don’t have this week…

…now that The Flu has moved in, and we’re all fighting off low-level nausea, the likes of which I last felt when watching Steven Bochco’s Cop Rock back in 1990. Plus, there are the aches, the pains–oh, and in Niblet’s case, the fever and the vomiting all over the bunkbeds at 1 a.m. To his credit, he did manage to earn Yack Points on approximately 100 of his 223 stuffed animals. Score!

The household is feeling like a Little Smokies sausage that’s been left on the counter for about 8 days.

So here’s a quickie, a little vignette that attests, for once and all, to my occasionally-questioned nobility of character:

Last Sunday, I was tromping around the woods with Niblet’s KidSki group, a bunch of preschoolers and kindergarteners on cross-country skis. Mostly, they fall a lot and then lay in the snowbank and eat snow off their gloves. After a few minutes, they look up, a little bewildered, and announce, “I have to pee.”

At any rate, through that crazy coincidence-machine called Fate, it turns out that the 4-year-old son of my husband’s “When Vasectomies Go Bad” doctor is in the KidSki group.

Oh, Little Simon. Look at you pipping along there, swooshing and falling and leaping up and laughing, all things Groom hasn’t been able to do since January 23rd, when he first dropped trou for your daddy, The Scalpel Hacker.

Here comes the part where I’m noble and have good character:

At one point, I was directly behind Little Simon. Holding a ski pole. At right about the level of his future vasectomy.

While shouting the words, “Go home and tell your daddy how that feels, Little Simon!”

and saw, directly in front of me and my ski pole,

the “Balzac” of Little Simon’s daddy, who, breathless and sweaty, had just finished his own ski and had come to retrieve Little Simon from class. 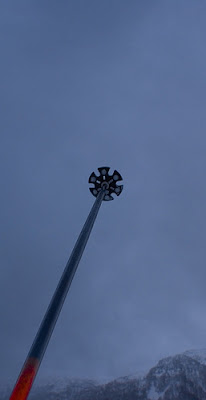 balls, my formidable strength of character and how it leads to misdemeanor charges, skiing, vasectomy

15 responses to “When It Rains, It Pours Barf From the Upper Bunk”