If You Like This, You Should Read the One About The Time My Bra Fell Out of My Ear at a Bat Mitzvah. That’s ‘My Ear,’ Not ‘My Rear

I have a friend in the neighborhood, you see, who is in her 28th week of pregnancy; part of her MO when pregnant is to have the baby early because she only has half a uterus (somehow, her uterus is bisected and, thus, has only half the capacity of a normal one; however, I’ll be danged if uterine tissue isn’t crazy-stretchy, kind of like those weird spiky hair balls you can hold in your hand or stretch over your head, and if the image of a spiky hairball as an internal organ isn’t the mental image of your day, then, pray tell, what possibly has topped it?). 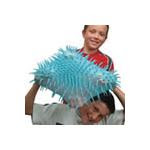 Because it’s starting to get a bit tight inside Neighbor Big Bump–even with the stretchy spike ball that is her uterus–and because she has a history of going into labor early, no one takes it lightly when she has an afternoon of Braxton-Hicks contractions, as she did last week. Once she stopped cleaning the garage, though, and lay down for awhile, the contractions stopped, which was quite fortuitous since our baby shower for her was to be held two days later,

and nothing’s more of a downer at a baby shower than the appearance of the actual baby. Hell, PeeWee, at the neighborhood shower we all just wanted to eat scones and watch Neighbor Big Bump open gifts. We didn’t sign up for placental extraction as part of the gig—although I must admit that the spoon from the fruit salad could have done a bang-up job at curetting that half-a-uterus, after the baby landed in the taco dip and added vernix to the sour cream. 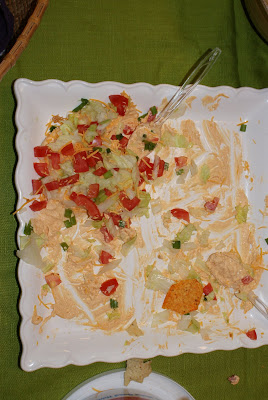 So it was cool those contractions stopped, and we could eat without fear of meconium in the muffins.

You may have noticed that I refer to Neighbor Big Bump’s pregnancies and how predictably they unfold as though I’m drawing upon a fair amount of evidence. I mean, it’s kind of unusual to have a labor MO. 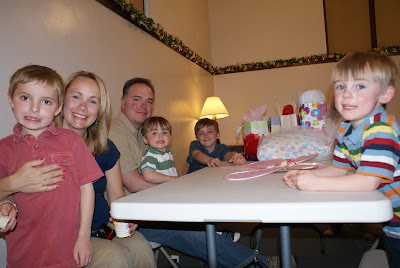 What you don’t see in this photo are the two miscarriages, or the embryo conceived in a fertility clinic that ended up testing positive for a form of trisomy before implantation…not that this neighbor couple has trouble conceiving naturally, but you may have noticed that what they conceive are boys. And Neighbor Big Bump—perhaps due to her own father leaving her family when she was young and being raised by a single mother, perhaps due to having only brothers herself, perhaps due to getting through the toughest moments of her life encircled by fierce girlfriends—has always felt deeply in her soul that she is meant to have a daughter. After looking into adoption and feeling that its risks and costs weren’t for their family, Neighbor Big Bump had drawn upon an inheritance, as well as maxing out a credit card, and used a fertility clinic in an attempt at gender manipulation.

The embryo that was conceived there, the one that ended up with the trisomy issue?

(how they knew that, I have no idea)

At this point in their lives, this family is just happy they’re all healthy and smart and glad that the contractions last week stopped so that they weren’t suddenly dealing with the unimaginable result of a labor at 28 weeks. It was time to celebrate. The baby shower did just that.

I like to think that I upped the entertainment when the shower was drawing to a close. As I worked at cleaning up the community center during wind-down chat and goodbyes, I suddenly had a surreal moment, witnessed only by Neighbor Big Bump, who happened to glance away from her conversation at just the moment when I looked down at the ground in front of me and thought, ”Bwahh? What just fell out of the leg of my pants? It looks like…it is…my underwear…?”

Then, a nanosecond later, I thought, “But, strangely, it’s not the underwear I’m wearing today. I remember I put green lady lacies on today, so how can it be that a very distinct pair of my pink undies is now on the floor at my feet?”

At the moment I sussed out that the pink undies must have been lying in wait inside my jeans since the last time they went through the wash together, and that they had gradually been working their way out of my pants leg for the previous three hours, I also looked up and saw Neighbor Big Bump’s incredulous look.

“Is that a headband, and did it actually just fall out of your pants?” she called across the room.

“Er, no. It’s my underwear.” I have always veered towards headbandish underwear, and if that’s my only fault (“if” being the operative word here), then I’m doing okay, I thought defensively.

“YOUR UNDERWEAR?” she yelled, starting to laugh in a potentially-water-breaking manner.

Her laughter continued, especially as she had me recap for the entire crowd what had just happened—all while I stood there, holding my pink smalls. And I do love telling a story with props: 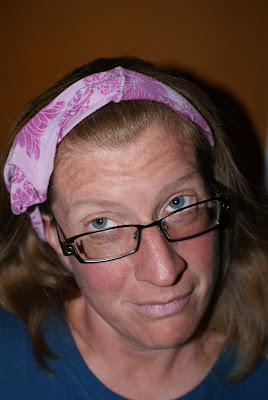 It was fitting that my rogue undies were pink,

a harbinger of things to come.

You see, this time, with her seventh pregnancy and eighth conception,

she’s having a girl.

do May showers bring April flowers?, it’s a girl, my underwear has a day out

20 responses to “If You Like This, You Should Read the One About The Time My Bra Fell Out of My Ear at a Bat Mitzvah. That’s ‘My Ear,’ Not ‘My Rear”