Shove Me to Snivel

Ever since I had kids, and my head got full of other voices, I tend to figure things out when I’m running.

During the hour or so a day when I’m alone, when my body’s motion is overcoming my Fatigue of Brain, thoughts gel. As feet turn over, I think forward.

It’s actually become a household joke, this thinking while running, to the point that, when I get home from a run, I sidle up to Groom and ask, “So, do you want the download now, or should I wait ’til later to lay it all on you?” Generally, the thoughts that comprise our debriefing have to do with: 1) What we should get his mom for her birthday; 2) Why I think we should get new carpet on the stairs; 3) What I should have actually said as a rejoinder when our neighbor suggested I put a camera in the shower with me and then post it to YouTube; 4) Why I love Philip Roth so much; 5) Which weekend we should hire a babysitter so we can ride bikes to the brewpub and play Cribbage on the patio while drinking Big Boat Oatmeal Stout.

It was no joke the other day, however, when Groom and I both took advantage of a kids’ birthday party at the local nature center to go run and bike on the trails there. He biked; I ran. He hummed along and dreamed of the Thai-grilled chicken he planned to cook that night; I,

on the other hand,

contemplated why so many days, of late, have felt long and sad and down,
down,
down.

Why, as I whisper thanks to the universe about how beautiful, smart, and healthy my children are–as I actively savor the rich comfort of my marriage–do I feel like my heart is catching itself in a sob, like I want to curl up and cuddle my own belly, like the hours would fly if I were left to my own devices, yet they trudge in the company of others?

Even more, why am I recently suffering occasional insomnia, where I wake up at 3:15 a.m. and finally get back to sleep five hours later? Why, when I wake up, do my thoughts pace around a dread about going back to work in August, around fears about travel and breaking daily patterns (two things which have been a source of huge excitement, traditionally) if I should get a sabbatical next year? Why have I, a flowy person who hates predictability, become anxious about far-off possibilities?

Out-of-whack sleep patterns, plus the unrelenting togetherness of summertime, when no one in the family gets up and heads out anywhere, ever…well, they’ve conspired to make me feel desperate every third day or so.

Part of me thinks it’s hormonal, that I’m heading into a kind of peri-menopause that is shifting my innards just enough to cause a whole-being shake.

Here’s where the running helped:

I realized the other day, as Groomeo biked at the nature center, and I ran for a long time, that I’ve always had two ways of dealing with stress:

1) Don’t let it accrue in the first place. Example: if someone at work puts out a call for a meeting, my habit has been to view that meeting as extraneous to my existence, pack up my work bag, and head home for a long run and Thai-grilled chicken. Second example: if someone is groaning about not having finished a project on time, I think to myself, “Maybe do the project when you first know about it, Weezer. So glad I did my project two months ago. Now I’m heading home for Thai-grilled chicken and a run.”

2) When it does land in my gushy lap, I process the stress promptly and throughout my entire body with a rapid and intense weep. Three minutes of sobbing every few days have continually kept me balanced and skipping. I’d actually never realized this–merely thinking of myself as a big, wussy crybaby–until my mother-in-law pointed out the beauty of this tendency, with a smidgeon of envy, a few years ago. She noted, in relation to her own long-delayed grief over having had a child who had died a few days after birth, “The way you allow emotion to blow through you is so healthy. When something is happening, you feel it then, at that moment, and then you release it.” Her wise observation heartened and awakened me to a previously-unrecognized gift.

Due to these naturally-evolved strategies, I’ve managed to trip fairly blithely through my days.

As I considered this the other day on my run, I had a flash of “Whoa, Nellie Olson (and Michael Landon in his turn as Pa), but I’ve got it: I’ve been feeling internally weighed down and low because I haven’t been crying. Everything in life is going along so swimmingly, from kitchen remodel to love of husband to amazement at children, that I’ve neglected my crying time.

I’ve neglected to register how stressful it is to have a work crew, however cool they are, in our house all day, everyday. I’ve neglected to give myself credit for being the sole wage-earner in a household of four. I’ve neglected my need to holler, “Hell, people, could I just be alone in my house now so that I could sit down during daylight and read a book?”

Because everything is so wonderful, I haven’t let all the tiny indignities register. I haven’t let them add up into a good wail, albeit for no good reason.

As I ran the other day, I finally got how much I am craving–emotionally and mentally, but also physically–a really good sob.

Naturally, right as I cottoned to this fact, I stumbled across my beloved Groomeo. There he was, suddenly, in the midst of many kilometers of trails. He biked towards me as I ran towards him (evidence of our Kismet). With me punching my stopwatch and him hitting his brakes, we merged for a chat. Within a minute, as he kept his bike from toppling down the steep and rocky hill, I’d poured it all out on him, ending on a weepy note. “And I think I just need to start the crying right now,” I laughed, as I burst into tears and hugged on his sweaty shoulders.

He kept his wheels from spinning down into a ravine, and I lightened my heart, assuring him, “Oh, this is just the start. I need a real Kleenex-depleter of a cry some night here, soon. I think I need to find a really sobby tv series or movie and have it unlock all these little stresses I’ve let build up. Too damn bad I’ve seen Slings & Arrows, eh? The last episode of the final season of that one had me tearing through four tissues, at least. Hmmmm. What will do the job?”

And that’s where I leave you now, Gentle Readers. I need a cathartic bawl. I’m not looking for something cliched or sentimental, so no Nicholas Sparks, please. What gives me the best yowl is usually a moment of tremendous beauty (such as the last few episodes of Slings & Arrows, wherein Shakespeare and modern life prove one and the same, in scenes of startlingly gorgeous theatre; or in the closing scene of the Glee pilot, when those uppity kids sing “Don’t Stop Believin’”; or when Robert Duvall in Lonesome Dove and Anthony Hopkins in Remains of the Day slice me in two with profoundly-felt, frozen emotion)…or a moment of stilted adoration, per Colin Firth as Mr. Darcy. 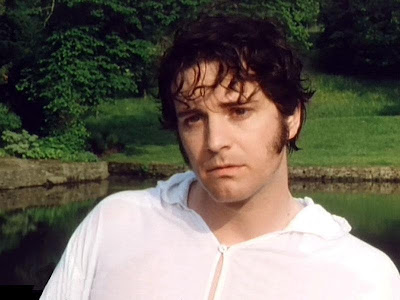 I actually Googled “top sad movies” last night and have been tipped that Atonement and Eternal Sunshine of the Spotless Mind might toss me over the desired edge. But I dunno. What I need now is help in achieving a breakdown.

What shows or films have rendered you a pathetic heap of tears, chocolate, and crumpled tissues? What has cracked you open?

” I could cry with laughter, if Tim Conway muttered about “Mrs. Hwiggins

36 responses to “Shove Me to Snivel”