Although I Felt the Freak in Many Other Ways, There Was This Month in Seventh Grade When We Did Track in P.E. Class, and As It Turned Out, I Was Pretty Good at Standing Broad Jump and the 100-Yard Dash. Whenever I Feel Down, I Remember Out-Jumping and Out-Running All Those Cute Little Things Who Had Boyfriends, and Suddenly I’m Humming Again, Which Indicates That My Happiness Stems from a Place of ‘In-Your-Face, Bitches’

A few weeks ago, my sister sent me a book.

I think she’s making up for all those years in childhood when she insisted a “slap fight” was actually a “fun game” as she pinned me down and proved her superiority at fun games. Plus, once, she took my Bass ballet flats and threw them across the room at me (how Bush in Baghdad 2008 of her!). As sisters do, we were occasionally awful to each other; however, she was the first–and for a long time, the only–person in my life with whom conflict felt comfortable.  We could fight like reality show bimbos clawing each other to win the Rock of Love…yet our battles somehow felt safe.  Even though she threw things at my head, she wasn’t going anywhere.

That noted, I still like to think she owes me.  While she doesn’t feel that way at all–from her point of view, she had to protect her space from a marauding wisenheimer of a ginger-haired douchnozzle–she is, as an adult, generous to a fault.  Hell, there’s a Darth Vader costume under our Christmas tree from her right now, and we don’t even run with the Sith.  She’s just equipping us for future possibilities.  Currently, we have an Anikin.  But in twenty years, if Count Dooku takes him on, our Anikin may have need of a Darth costume to help cover his missing limb and scarred face, and all we’ll have to do is clamber down to the basement and dredge it out of the costume trunk, thanks to her foresight.  Yea, my sister is a regular Nostradamian benefactor, like “What if, down the line, light turns to dark, and you need to dress the part?  Just in case, I should send something!”

In addition to providing for Paco’s potential future, she has satisfied my present by sending a book.  It could being recompense for hurled shoes, but it also may be an apology for her insistence in 1981 on watching Ryan’s Hope when the clearly-superior General Hospital aired during the same hour.  Middle school was wrenching enough, without the added drama of jousting over the dial.  I mean, seriously, at an age where my armpits were getting hairy and my glasses frames ever more enormous, the least she could have done is let me eyeball Luke and Laura in peace. 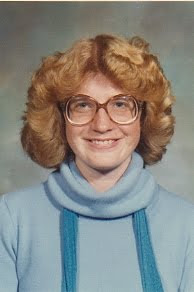 Ssssssweet Car-o-line, but those platters ate up half my face.

Her apology came under the title The Geography of Bliss.  Written by Eric Weiner, an NPR foreign correspondent, the book is one of those conceit-driven nonfiction tomes that is easily packaged and promoted for sale to customers who “actually only came in for one of those Gingerbread lattes.”  Despite its being a conceit-driven nonfiction tome that is easily packaged and promoted, I’m enjoying it quite a bit. Never let it be said I’m anything less than easy.

The premise is that Weiner, an avowed curmudgeon, travels the world and tries to find where happiness lives–basically, he explores a variety of countries and attempts to determine who on the planet is happiest and why.

1)  Weiner never comes across as the grouch he claims to be; in fact, I’d go so far as to assert that he rather likes traveling around the world, talking to people.  While he may be a man who feels down sometimes, who tends towards negativity on occasion, he’s no Sith.  Thus, the conceit of the book (“life-hating writer travels the globe and maps joy”) feels manufactured;

2)  Hello?  What is happiness?  I’d argue that since it’s his book, Weiner can define the concept however he wants, but, repeatedly, he finds the idea of happiness so relative, so individual, so unquantifiable, that he can’t even set down a baseline from which to work.  As a result, the book is more about exploring what passes for happiness in various regions than discovering who wins the gold in the Happiness Olympics, and so I need to take a moment to holler, “Listen, Gomer, if you’re going to take my sister’s money for this book, you sure as hell better pony up with a concrete answer by the time I’m done reading.  If you don’t end with a firm conclusion like ‘Incontrovertible happiness is to be found in Nasinu, Fiji,’ I’m going poke out the eyeballs of Amazon.com with a pair of really long chopsticks”;

3)  Despite the basics of the book being contrived and slippery, it’s an interesting read, and not only because Weiner gets really stoned in Amsterdam.  There’s also the fact that Bhutan, as a nation, has a GDH (Gross Domestic Happiness) quotient, as declared by the king–and, frankly, the very fact that a king can declare such a thing ups Jocelyn’s Cheer Meter Reading to the level of WOW!.  Here and there, when the author is particularly sardonic, my Meter Readings have even escalated to Slam, Bam, Thank You, Ya Big Weiner.

So gracias for this book, Dear Sister.  It’s the perfect end-of-semester read:  I can attack it in chunks; it makes me smile; it is intelligent without taxing my toasted brain overmuch; and if you ever come at me with a pair of ballet flats again, I can throw this paperback volume at you, and I will aim for your head.

Should I have piqued your interest (or perhaps I’ve piqued your pique), and you find your own Cheer Meter Readings plummeting because you don’t have Weiner’s book nearby, here is a taste of one of the early sections, during which our intrepid explorer spends time in the Netherlands (learning to say “I’ll have seconds on the hash brownies, please” in Dutch).  At one point, he visits a Happiness Science Center, which, at first, I thought was the official name for Wavy Gravy’s LSD lab, but, as it turns out, the Happiness Center is a place where people who call themselves real scientists try to figure out the variables of an upbeat state of mind. Heading the lab is researcher Ruut Veenhoven (like I don’t want to have another kid, just so I can use that name), who has a compiled a database of findings (which Weiner characterizes as “alternately obvious and counterintuitive”).  So take the test, Gentle Reader.  According to one Dutch guy with an awesome name, are you happier than most?

Veenhoven has found that:

According to this list, I’m about 3/7ths happy, which is odd because I really am feeling more 6/7ths-ish today.  Perhaps if I align myself with the values of Newt Gingrich, John Ensign, Mark Sanford, Jeff Miller, Ed Schrock, Strom Thurmond, Randall Terry, Dr. Laura Schlessinger, Joe Scarborough, Jimmy Swaggart and–oh, fer Christ, do you really want me to type them all out?  It promises to take weeks–I could become an affair-having Republican and increase my happiness fraction. Provided I manage to hide my infidelity from my spouse (Groom:  stop reading two sentences ago, please), my happiness levels should soar.

After looking at Veenhoven’s data, Weiner notes, “Social scientists have a hard time un-raveling what they call ‘reverse causality’ and what the rest of us call the chicken-and-egg problem. For instance, healthy people are happier than unhappy ones; or is it that happy people tend to be healthier? Married people are happy; or maybe happy people are more likely to get married? It’s tough to say. Reverse causality is the hobgoblin that makes mischief in many a research project.”

I take his point.  At this very minute, for example, I’m unsure if I’m happy because I’m eating a salad…or if the salad chose me because I was already a happy person.

I think I need to keep reading.

16 responses to “Although I Felt the Freak in Many Other Ways, There Was This Month in Seventh Grade When We Did Track in P.E. Class, and As It Turned Out, I Was Pretty Good at Standing Broad Jump and the 100-Yard Dash. Whenever I Feel Down, I Remember Out-Jumping and Out-Running All Those Cute Little Things Who Had Boyfriends, and Suddenly I’m Humming Again, Which Indicates That My Happiness Stems from a Place of ‘In-Your-Face, Bitches’”