In Which I Delve So Deeply Into Lady Crap That I Alienate My Sole Remaining Male Reader; Truly, It’s About to Get Girly in Here to the Point That Even Mentioning Futbol and Pork Won’t Salvage the Situation, So I’ll Merely Thank You, Dogged Male, for Hanging on This Long, Especially Through All Those Posts That Pissed on and on About Chocolate and Shoes

“In Which I Delve So Deeply Into Lady Crap That I Alienate My Sole Remaining Male Reader; Truly, It’s About to Get Girly in Here to the Point That Even Mentioning Futbol and Pork Won’t Salvage the Situation, So I’ll Merely Thank You, Dogged Male, for Hanging on This Long, Especially Through All Those Posts That Pissed on and on About Chocolate and Shoes”

A fleeting highlight of my early adolescence occurred when, one Halloween, a tipsy door-opener named Randy (a high schooler) squinted woozily at my Pippi Longstocking costume and slurred, “You’re so cute. So cute like that. Pippi. Cute with freckles. Yer hair braided over a hanger so it’ssss all sticky-outy. Pippi girl. Cute. hic  Hey, so, cute Pippi, lemme just give you a little kiss on the cheek here for being so freckle cute with that red hair, you Pippi girl.”

Stepping forward in a state of shock and with no small awe at the hugely glamorous thing my life had suddenly become, I allowed his request. And then then he did it: he lobbed a kiss with a hic in my general direction.

It was my first such experience but certainly not my last.

That moment stands out, however, as one of the few times in my young life that anyone resembling a peer complimented my hair.  Mostly, the orangey stuff topping my noggin served as a liability–as did my preciocious puberty, bifocals, and penchant for quoting The Good Earth in the midst of dodge ball tournaments.

So there I was, a big ole carrot-topped Montana clunker with boobies and cramps and an astigmatism and ponderous knowledge of Chinese courtyards–

not exactly anybody’s idea of kissable (unless it was a holiday, and he was drunk…which, not incidentally, is also how I received my second kiss, for Santa surely do like to tipple the leftover nog).

Absurdly, the feelings of ugly that take root in adolescence prove impossible to weed.  Even after I hit college and started to hear that my hair was pretty, even after some part of me genuinely started to believe my hair might be something like a gift, even after a big part of me went so far as to love my hair,

a knock-kneed Pippi still lingered inside, wishing she didn’t have to plan her parties all alone.

Well, guess who took Pippi to an Italian salon today and raked those dumbass ugly roots straight into the compost?

(If you can’t guess, then I believe our conversation here is over.  Might I recommend you pick up a copy of some Pearl S. Buck and amuse yourself with that instead of reading on?)

Yea, that’s right.  Jocelyn was feeling blah about the whole Jocelyn look, so Jocelyn both took to referring to herself in the third person AND took herself, quite spontaneously, into a salon located on a cobbled street in Florence…

…whereupon she reverted to using the first person when the three women in the place managed to convey with their limited English that my. hair. is. to. dye. for.

According to their chatter,

no Italian has my color

all Italians want my color

I have never dyed

and still I get to have my color, but they don’t

and the truth is, all I ever wanted when I was growing up was dark hair and olive skin (okay, plus a date with Steve Perry or Daryl Hall)

and to be thin and sophisticated and know how to dress

and these women had all of these things,

but still I got to be the bella of their ball–

and at the end of an hour and a half, during which I’d urged them, “I just want something different, so do anything you like,” and they enthused, “Meravigliosa!” and “Grazie!” while shearing huge amounts of what they termed “copper blond” off my head (to make a wig, I have no doubt; it looked like a fluffy dog named Lucille Ball had died on the floor by the time they were finished)…

I felt the slightly-cowed Pippi inside me toss her shoulders back and decide it was time to hoist a horse over her head before cleaning the kitchen by skating across it with scrub brushes tied to her feet.

This thing had happened.  I would never have known at age 12 that it could.

But I went to a chic place full of women I envied,

and it was healing.

as would have been a date with Steve Perry, I hasten to point out

The chatter of black-clad Italian signorine today assured that the next time a drunken Randy attempts a Halloween peck, I won’t step forward with acceptance into his lurch. Rather, my Pippi will choose to step away, turn her back on the desperation, and head to the next house. After all, they might be giving out mini-Snickers instead of sloppy snogs. 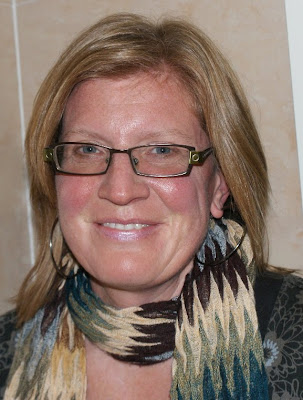 ‘Scuse my case of The Shinies. We’d been out in the rain for nine hours by the time these pix were taken…Normally, Pippi would have insisted on a quick buff of powder, but she was too busy scratching Mr. Nilsson’s tummy to care. 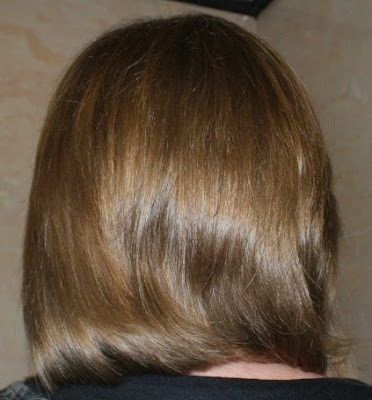 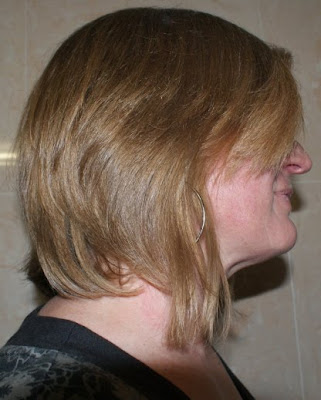 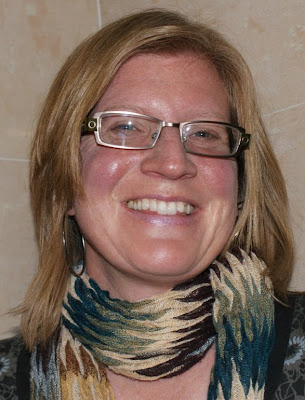 The 97-pound stylist today told me she was going to cut my hair “in the Italian style,” and I do rather think–to my delight–that my head came out looking like a gnocchi with a few oddball patches of bucatini dripping asymmetrically down my cheeks. What a meal I’d have been for A Deserving Randy. Alas, it is only one special Groomeo who gets to appreciate the crazy bowl of pasta that tops my skull (and the wine-soaked meatballs inside of it).  I’ll be sure to hand him a napkin after every tipsy kiss.

27 responses to “In Which I Delve So Deeply Into Lady Crap That I Alienate My Sole Remaining Male Reader; Truly, It’s About to Get Girly in Here to the Point That Even Mentioning Futbol and Pork Won’t Salvage the Situation, So I’ll Merely Thank You, Dogged Male, for Hanging on This Long, Especially Through All Those Posts That Pissed on and on About Chocolate and Shoes”