“But We Don’t Wanna Go Out For Sushi”: What To Do When the Kids Aren’t Game 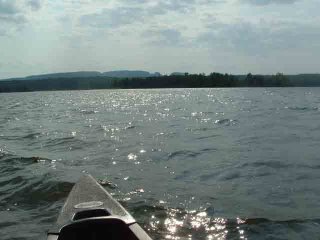 “But We Don’t Wanna Go Out For Sushi”:

What To Do When the Kids Aren’t Game

Short answer? Yank them along anyhow. It’s a lesson in character building, right? But then they make that event–whatever it is–miserable: “I want to go home now.” “When can we be done?” “Do they have any toys for me here?” “I don’t like this food. And I’m hungry and thirsty.” Many times, I would rather have kids with no character who just stay heshed up.

The more devious approach taken by many of us clever Big People when we want to do something that will result in whining protestations? Fool, fake, bribe, strategize. There is a small window in their lives when we parents are actually smarter–or at least more in power–than the kneebiters. We can use our adult-type smarts (albeit smarts that are riddled with brain holes due to three decades of drinking aspartame and Nutra-sweetened beverages…) to make the kiddles participate in our desired activities.

We took a low-key approach to this conundrum during this past summer, when we went on a family vacation to Canada–putting on toques and riffing on our favorite Mackenzie-Brothers-on-SCTV lines after the border crossing.

Thunder Bay as a city was a miss for all of us (after an hour of driving in circles, looking for an interesting restaurant, we conceded that McDonald’s, indeed, was the best the city could do), but things looked up during our days camping at Sleeping Giant Provincial Park. The kids were thrilled with the sandy beach and relatively warm water (being Northerners, we rate water according to a three-star “How Big Are Your Goosebumps” system: one star: minor, low bumps…they feel a little like the bottom of our bathtub mat but not much more; two stars: moderate bumps…we could put a piece of paper over them and rub a crayon sideways to make a fine transferred picture of the bumps; and three stars: big-old-hoary bumps…we could shave them off the body with a cheese grater), and we had caribou in the campsite during the night, sniffing the fatty remnants of our grilled steaks in the fire pit (who knew caribou were carnivore wannabes?), which thrilled the wee ones. Spirits were good, and we didn’t need to wrangle them into anything.

…until we wanted to go canoeing. Now, our kids do enjoy canoeing, certainly, and have been known to kick into a pacific, mellow mood, mesmerized by the whooshing noises. But for my husband and me, an afternoon in a canoe is a good time. For the kids, fifteen minutes is more than enough time for them to size up the adventure of it all–the water, the sky, the rhythm of the strokes–and then be ready for the next thing (“Is it time to practice somersaults yet? And when can you hide in the tent and then jump out and yell ‘Boo’ to scare us? And could we put a sleeping bag over the picnic table and make a fort now?”).

So how to keep them entertained enough to satisfy our efforts of driving the canoe to another country and then hauling it into the lake? In other words, how could we get 20 minutes out of them? Distraction was the answer.

We excitedly pointed out some Great Blue Herons…and, whoa, looksie-loo, a beaver dam! And not far away, lily pads! And cattails! This is way better than BLUES CLUES, right?

Yes and no. We kept their brains off the idea of boredom for 29 whole minutes, getting an added three minutes out of the deal by singing “Twinkle, Twinkle Little Lake” at the end. By the time we got back to shore, each of us was at least tepidly satisfied with the outing. Sweet Snoopy on a Cracker, but we had canoed.

Since that outing, we’ve become even more organized in our “we’ll get you guys out there and make you have fun without your ever knowing it, and Mom and Dad will be doing The Running Man with glee when you’re not looking” efforts. This Fall, as the leaves have reached a fevered pitch before dropping, and as the kids have shown signs of sensing the oncoming winter weather by becoming rammy, we’ve lured them out on mini-hikes by packaging these expeditions as “scavenger hunt adventures.” I bag up a few cookies, fill each kid a canteen, and then grab other sundry items (i.e., a dog leash, not that we have a dog [see earlier post about dogs off leashes for more insight], a spider made out of pipe cleaners, and a plastic horse) from the house on the way out the door.

When we get up to the Superior Hiking Trail at Hawk Ridge, one of us takes a turn running ahead and hiding the various items along the path. The kids then haul their motivated selves through the Route of Hidden Temptations, looking for toys and goodies, all the while actually covering ground on a hiking trail. Once they’ve found all the treasures, they then want a turn to do the hiding, and so on. Before we know it, an hour or two has passed, and we’ve managed something that might be called, in greehorn circles at least, “a hike.” 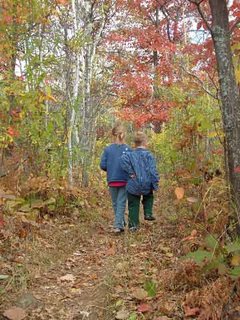 And I fully expect that one day my kids will head off to college (if we can fool them into going by hiding a dog leash in their dorm room and urging them to “Go find it!”) and write papers for their Freshman Comp class entitled “My Parents Thought They Were Sneaky and Tricking Us, But In Fact We Knew What They Were Up To and Figured Out That There’d Be Cookies Involved If We Pretended to Rebel.”

One response to ““But We Don’t Wanna Go Out For Sushi”: What To Do When the Kids Aren’t Game”