Going for a Run in Turkey

I wrote the post below five years ago, when our family lived in the Cappadocia region of Turkey. Since that time, not a day goes by when I don’t feel some resonance from that experience. I look in our spice drawer in the kitchen, and I see bags of pul biber. The kilim rugs under my feet, as I walk through the house, were carried home in our suitcases. The hamam soap I use in the shower is Turkish. Messages I receive on social media are from friends who sustained us.

During weeks when there is an election in Turkey, as there was recently, that country is even more on my mind. It’s playing a huge role on the world stage these days–hell, it always has, if one looks at history. While my Western sensibility is saddened that this past week’s election indicates the majority of Turkish citizens are supporting a trend towards autocracy over the democracy established after WWI, I also realize that it’s important to consider why so many Turks are behind the platforms of former-prime-minister-now-president Recep Erdogan. For millions who live in Turkey, the move towards conservatism feels like the best choice. I don’t get that. But I wasn’t raised there. As was the case during our time abroad, Turkey illuminates my cultural blindness–how hard my head has to work to wrap itself around politics, values, and history so foreign from my own.

Good on you, Turkey. I need your lessons.

Here, then, is a callback to that year, a time that bred an enduring love of a hospitable, bewildering land. This is what it took to head out the door of our 400-year-old Greek home and head through the village, out to run on the dusty roads of Cappadocia.

First, I have to brace myself, especially if it’s a hot day, and I’ve decided that wearing shorts is the only choice between me and heat exhaustion.

Secondly, I replay in my mind the guidebook phrase that informs, “Turks don’t consider staring to be rude.” As I remind myself of that phrase, I try not to flash back to high school, when all the boys over six feet tall sat on “Jock Rock” in the front entry of the building and assigned scores to every passing female.

Thirdly, I shield myself with sunglasses, hat, and earbuds–devices that serve as interference between me and the stares that are not rude but that, nevertheless, feel like a challenge.

Fourthly, I prepare myself for the audible commentary and mock applause that Turkish men over 50 produce at the sight of a woman running. It’s a bonus day when they pump their fists in the air and act as though I’m crossing a finish line. As well, I do a special “dodge and weave” stretching routine that limbers me up so I can maneuver my way through the gamut of neighbor housewives who badger me to buy a doll, a scarf, a pair of socks–despite my refusal to do so every single time I’ve passed their houses for the past 11 months.

Fifthly, I ready myself for defense against passing adolescent males on motorcycles and scooters who enjoy a quick game of “Buzz the Runner” when they spot me out on a country road. When this happens, I count myself lucky that I’ve never had men in loafers smoking cigarettes pretend to chase me down–proving their macho by keeping up with the runner–as Byron has. Fortunately, when it happened to Byron, the two faux chase runners, cheered on by their compatriots, had to drop out after a few meters due to hacking and an inability to draw breath.

Six, I try not to laugh visibly at the disconnect between the podcasts I’m listening to and the landscape and people I am seeing. It tickles me immensely to be listening to fairly, erm, hardcore advice being dispensed by Dan Savage as I pass a grandpa on a donkey.

Seventh, once I am out of the village, I pick up handfuls of rocks, all the better to use when and if I encounter the myriad wild dogs. Byron remains genuinely traumatized after his major showdowns with packs of thirty and, most recently, ten angry and aggressive dogs circling him. For the most part, the feral dogs retreat in the face of a rocks and shouting, but even still, Dog Rendezvous adrenaline trumps a “runner’s high” any day.

Finally, once I’ve run the gauntlet of staring; attempted to explain in my limited Turkish the idea that I’m not running any place specific but, instead, am doing spor; and equipped myself with nature’s weaponry, I turn up the volume and set to the jog. On the days when I find the entire endeavor tiresome and just wish for an easy, anonymous run,

at least I can comfort myself with the knowledge that I’ve provided the natives with some new entertainment–which, clearly, they were needing–and then, smiling, I imagine the neighborhood aunties, so puzzled by my actions, witnessing Duluth’s Grandma’s Marathon and watching 9,000 runners pass by in the space of a few hours.

They would wet their shalwars. 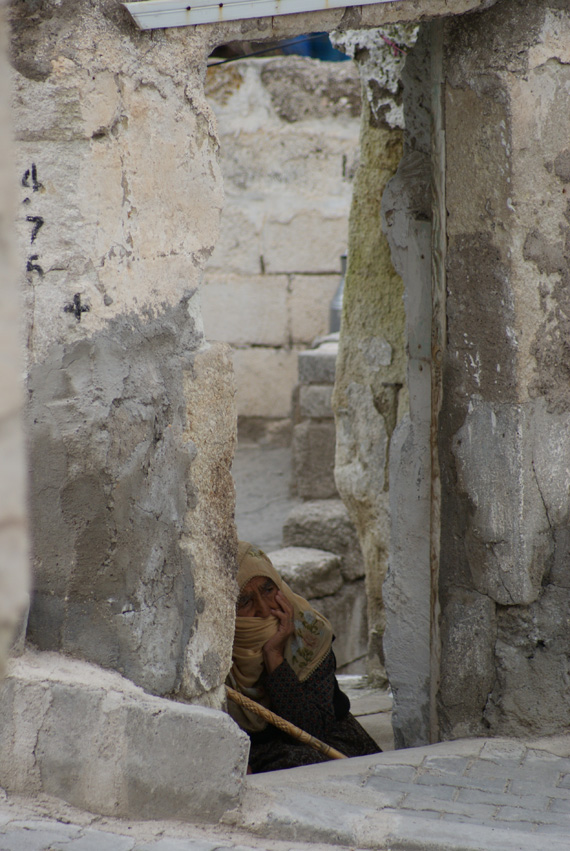 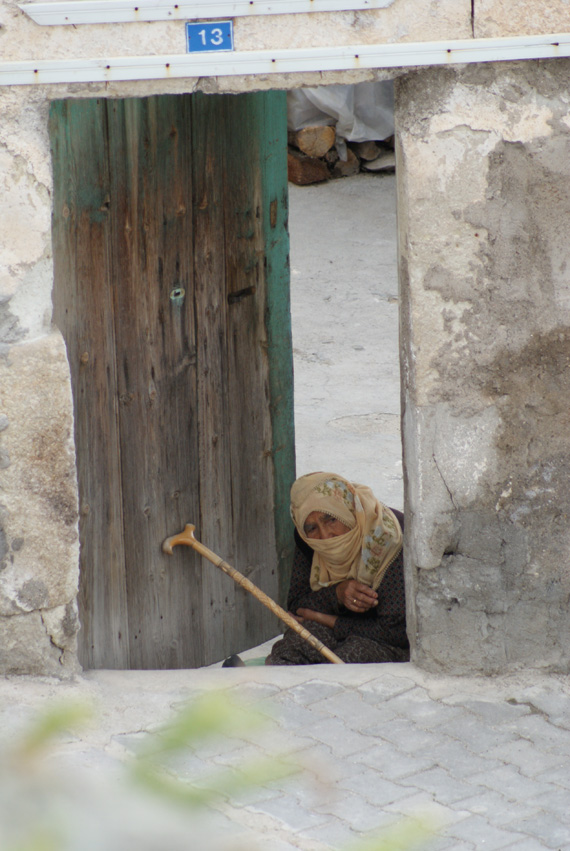 2 responses to “Going for a Run in Turkey”