I Want to Hold Their Hands, Part 2: A Day in the Life of a Stay-at-Home Father and English Teacher 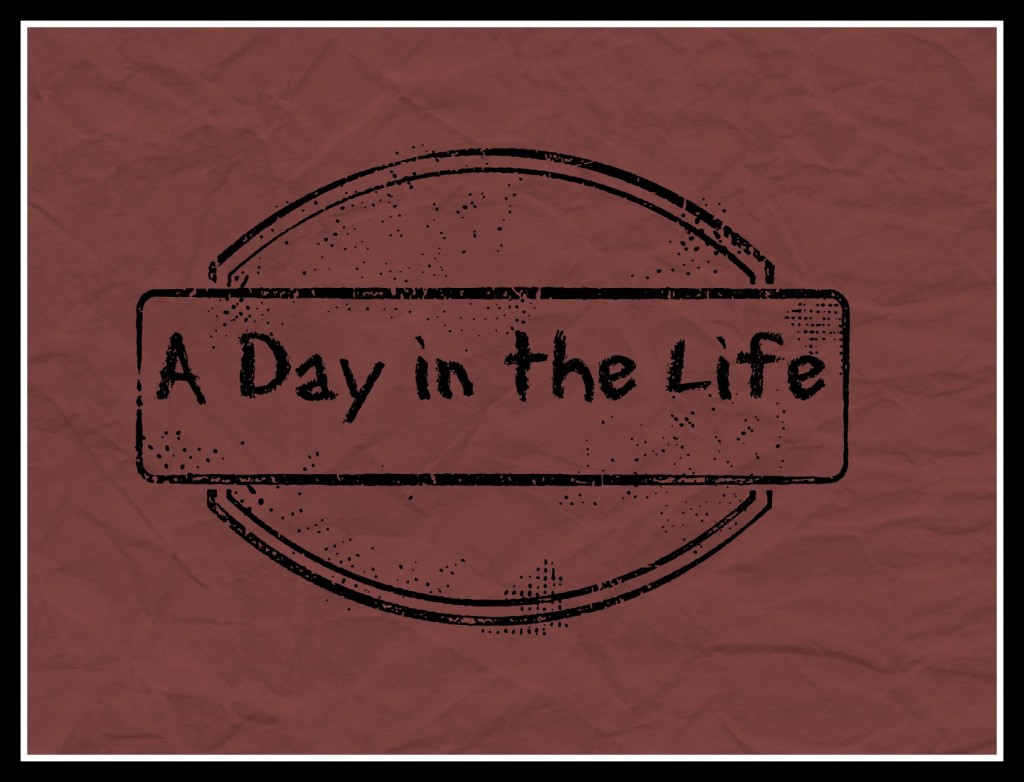 Below is Part 2 of my friend Andy’s “Day in the Life” essay, detailing his hours as a stay-at-home father and English teacher. This one focuses on the teaching. If you missed Part 1, you can read it here.

When we finally get home, I see that it is almost 2 pm. This means by the time we walk The Boy to school, he’ll probably have less than 90 minutes until dismissal. I make his day by granting him a reprieve. As I put Baby down for a nap, the other two settle down for their afternoon screen time, and I try to sneak in some more grading of memos and finalizing the night’s lesson plan. Before I can start grading, though, I see a few students have emailed me.

Just like the memos I’m trying to grade, the emails vary from insightful questions about the assignment to the completely mundane, almost child-like need for help. “The website won’t let me hit the submit button right now. What should I do?” (Evidently calling IT never occurs to them.) This afternoon’s emails, though, all seem to be about a problem with their latest VoiceThread assignment, a third-party app that allows them to make video or audio comments on slide presentations. It is notorious for being finicky. The rest of my grading time is spent solving the problem, which is how I discover that I clicked the wrong buttons when I set up the assignment. What I took to be my students’ struggles really stems from my mistake.

Parker Palmer famously wrote (at least famously to teachers) that “You teach who you are.” I am disorganized at best. Forgetful too. You know, just like I am as a father. I forget diapers, even the diaper bags. I’ve lost coats and hats, even shoes: I once had a baby kick off a shoe at a thrift store, not noticing it until I was buckling her into the car. By the time I got back inside, the shoe was gone. Evidently the thief must have a peg-legged pirate baby that really needed a new shoe badly enough that taking one single shoe off the thrift store floor made sense. I’m not terribly different as a teacher. I lost papers regularly. Or spilled coffee on them while grading, or had kids spill milk on them while grading–me grading, not my babies who tend to be frustratingly illiterate. So I don’t collect papers anymore. I just use the online portal instead. But even that doesn’t keep me from making mistakes.  I try my best to be fair in each situation, so when it is my fault, I admit it and try to fix it.

After I fix the problem, I get the kids a snack before 4:30, when my wife usually arrives home on my teaching days. Some days, we literally play tag-team parenting, with me throwing a baby at her as she walks in the door. Lucky days are where we change together (unfortunately not in a sexy way), her out of work clothes, me into them–mine, not hers. We give each other quick status updates: Baby didn’t nap well, Preschooler needs a bath from crawling on the waiting room floor. I peck her on the cheek, then I am out the door, my patch-less elbows pumping towards the car and work.

The hour before class is spent in mandatory office hours. This is the only time that I really remember my adjunct status. Let me be clear that the director of my program and the administrators in the English Department have been nothing but good people. The pay is pretty good for adjuncts, and we get healthcare benefits and retirement, all things that a lot of adjuncts don’t get at many universities. I’m treated as well as a part-time worker can be treated in a workplace still so codified and stratified by the academic hierarchy and new business models.  But that hour before teaching is full of reminders that I’m not a professor, despite what my students call me. One of those is the pens.

When I get to work, I first check my mailbox and pick up some new office supplies from the cabinet in the mailroom. For some reason, we aren’t trusted with the more expensive white board markers: those are kept in a locked cabinet in the main program office, which is closed by the time I arrive in the evenings. If I need one, I know where I can get one. But that is at least understandable: the department doesn’t want people stealing dry erase pens for their own ubiquitous white boards. The pens, though, are worse than that. The pens are all Papermates, the ones that cost a nickel each; if you used one on a two-hour exam, it’d run out of ink after one hour, 50 minutes. Upstairs where the professors’ offices are, supposedly there are boxes of Pilot G2s in all the colors of the spectrum. Even purple for those rebel graders. But down here, nothing reminds me more of my disposable status at the university than the pens: adjuncts are the Papermates of academia.

I make my way down the hall to the office I share with five other adjuncts. We share four desks and two computers. Tonight, I have the office to myself, meaning I won’t get distracted gabbing with my colleagues instead of working.  Most office hours I have between 0 and 1 student come to talk to me. I think it is because I am such a brilliant teacher, everything I say makes sense in the classroom. It was the same way when I taught junior high and we had 45 minutes of “extended study” at the end of the day. While I don’t have to do much classroom discipline in college aside from talking and policing smartphone usage, the rest is the same as teaching junior high: the kids might be bigger and be able to buy beer, but they still need reassurance and help and questions answered.

The first thing I do when I open my computer classroom is login to the computer which takes at least ten minutes to get fully operational, then I check for those valuable whiteboard markers. As usual, the woman who teaches before me took all the markers with her, evidently to sell on the writing weapon black market, so I am stuck going to the IT desk to borrow one. The IT desk is staffed by undergraduate employees, all glued to laptops and scarfing fast food. The one at the window barely looks up when asking for my university ID to prove I’m not some random whiteboard marker thief wandering in off the street. I hand it over the row of hot sauce bottles that inexplicably line the customer service window. (I make a mental note to ask my hot sauce student if he works at the IT desk.) I then have to sign for the marker, evidently so they can dock my pay if I don’t return it after class. Just like buying beer, tobacco, or any opioid painkiller, whiteboard markers are a controlled substance here.

In class, I teach with a blend of humor and purpose. I have a class planned out, but I don’t mind answering questions ad infinitum and going on digressions. My teaching super power is the ability to digress on long tangents but then find a way to bring them back in a relevant way. Hence discussions of “What Does the Fox Say?” and why “Call Me Maybe” drives me crazy because of both dangling adverbs and direct address.

While teaching, I try to remember how I felt when I was one of those seated in the classroom. That’s why I try to make class fun whenever possible. I also try to support my students through each of my responses to their comments, no matter how off-base or wrong they are. I’ve never been able to just say “no, you’re wrong” like one of my favorite teachers, Professor Alan Williamson, could do. That “No” is something I aspire to.

Despite his inability to have sustained conversations in office hours, his tendency to address his lectures to the overhead projector in the front corner of the classroom, and his preternatural ability to recite long chunks of memorized poetry without reading from the book (He was especially fond of “This Be the Verse” by Larkin, reciting “They fuck you up/ Your mum and dad/ They don’t mean to, but they do. . .”), Williamson could teach.

Professor Williamson not only gave us the basic building blocks of poetic analysis and exegesis, but he helped us understand how the poems we were reading fit into the larger issues of literature and art too. This occasionally came across in a well-placed “No, you are completely wrong,” from Williamson during discussions, which earned my respect: I don’t think I’d ever had an English teacher in high school tell a student clearly grasping for some deep–yet unsupported–insight that they were full of shit, like Williamson did in not so many words. All this flashes through my head like a nugget-induced flashback while I think of how to respond to my own students’ responses. I don’t yet have the courage to tell students they are completely wrong. I chalk it up to having a lot left to learn as a teacher.

Tonight being my tough class doesn’t help matters. They sit there, stonily, resisting my charm and not laughing at my jokes, even the brilliant ones. They don’t raise their hands to answer my questions, only to ask their own. Exercises don’t take long to discuss and no digressions are to be had. No super powers are flexed this night. Even discussing good and bad examples of student writing doesn’t inspire discussion like it usually does: students love to shred apart these anonymous examples. I let them go a few minutes early, both them and me glad to be free of the awkward silences. They probably head out to the bars being a Thursday. I, though, drive home.

Even though it is close to 10 pm, I know I’m too wired to go to sleep. I’ll eat dinner finally, then perhaps read for a few minutes. I’ll talk to my wife and find out how dinner and bedtime went with the kids for a bit before she heads to bed. I try not to grade because to paraphrase Jack White, my brain feels like pancake batter. Plus, I’m sure it will put me to sleep.

The house is finally quiet again, and I sit in the dark living room before heading to bed, enjoying the silence. I know that these days of adjunct-ness are temporary. Eventually kids will continue to grow as I feed them and hold their hand in parking lots. They’ll all be in school one day, and I may even find a non-teaching job for the first time in my adult life. But for now I work 1.5 jobs to keep my resume from becoming a black hole. The stresses won’t be gone, just different. But still there will be coffee, and quiet, and crepuscular light. And, I know, enough hands to hold. 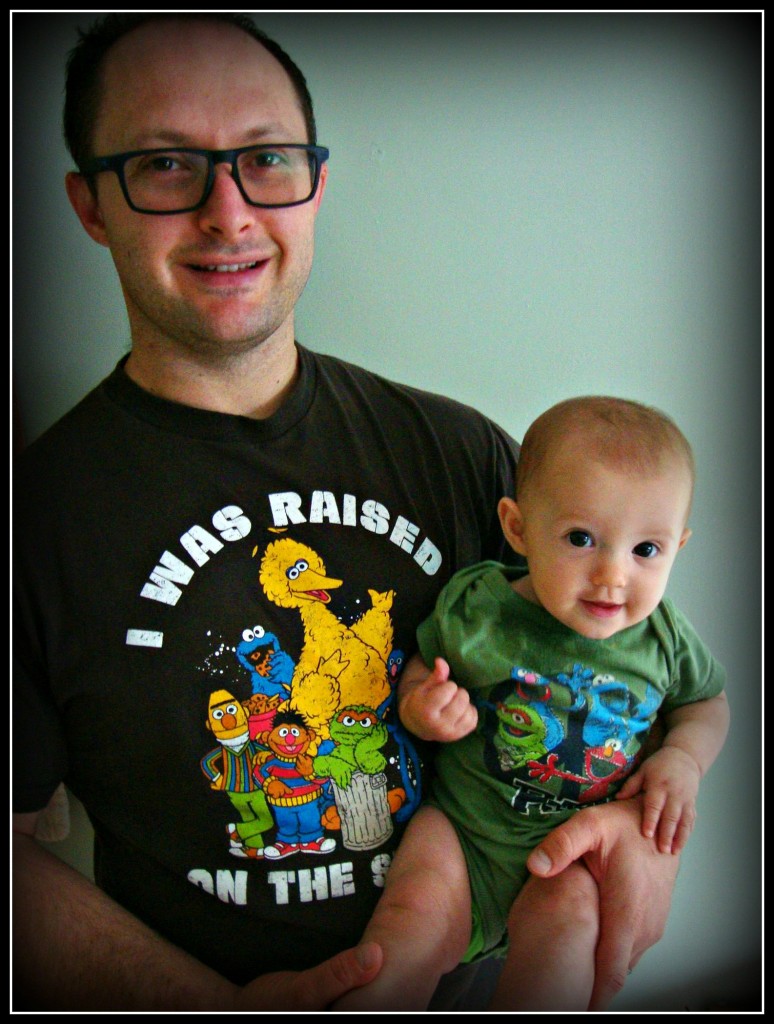 Andrew S. Delfino is a stay-at-home dad of four and a teacher. With a wonderful for a wife and three daughters, he’s not afraid to be called a feminist, but does hate being called the babysitter, though. He blogs occasionally at almostcoherentparent.com and Tweets at @almostcoherentp.

Also: if, after reading this, you’d be interested in writing and letting me post an essay about your own “Day in the Life,” please let me know in the comments or through omightycrisis@gmail.com. I am endlessly fascinated by the minutiae that make up our days!

a day in the life, English teacher, stay-at-home father

One response to “I Want to Hold Their Hands, Part 2: A Day in the Life of a Stay-at-Home Father and English Teacher”