Notes over the Atlantic 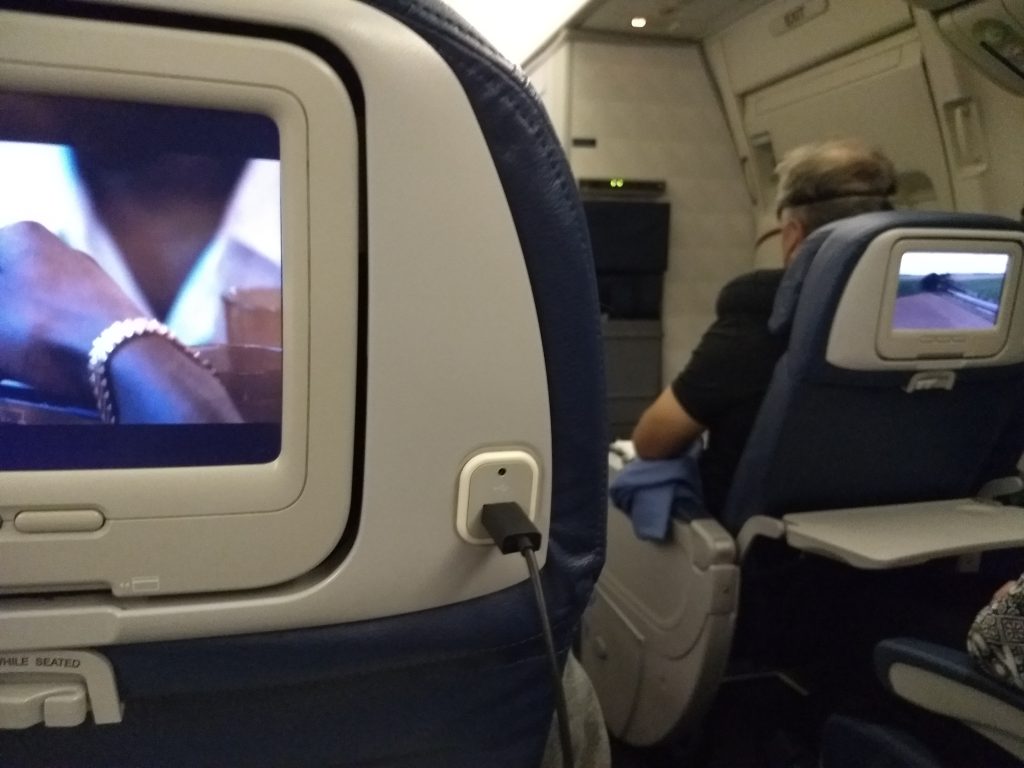 The problem with hypervigilance: as the plane starts to taxi for take-off, I am fretting. Two people on the aisle haven’t fastened their seatbelts. The old white guy in front of me has inflated his pillow and slapped on his headphones, but half his unclipped belt dangles out the side of his seat. Fortunately, the flight attendant catches sight of it on his final walk-through. Old Guy chuckles too loudly as he snaps in.

Three minutes into the air, I begin to dislike the old white guy in front of me when he reclines his seat into my space, the diminished inches between me and my screen (trying to watch Moonlight) casting my head into a vertigo of too-tight viewing. Two hours later, my rage softens when he clinks plastic glasses of Cabernet over the aisle with his wife. We are on a flight to Paris. This is apparently Something for them.

After waiting foot-tappingly long for the black man in a flowing tan “outfit,” dark sunglasses, and a flat cap to emerge from the airplane bathroom, I finally get my turn. Locking gazes with me, brushing past, he nods. When I enter, the first inhale tells me why he took so long — why he looked so much lighter upon exiting. Dude made a dookie. And, just as it was difficult, nigh on impossible, for him to figure out how to open the bathroom door when he first entered, it was, didn’t I discover in no time, completely impossible for him to figure out how to flush. There is a meatloaf awaiting me. Although I am afraid to try it, fearing the mechanism is broken, I push the big FLUSH button. With a roar, the meatloaf plummets into the friendly skies.

The couple next to me has ordered “Hindu vegetarian” meals. When they arrive, the wife picks at her entree suspiciously, eventually flicking out small bits with disdain. They ring for the flight attendant. A long discussion about the labelling known as VGML ensues. When the attendant closes the conversation with a shrug and a few steps down the aisle, the wife focuses on her roll and fruit salad, gesturing with resignation at her tray, complaining mildly but steadily to her attentive husband.

Pressing my head back into the seat cushion, trying to gain an inch of distance, I watch Moonlight and drink an extra pale ale, wondering when I next will have a hoppy beer.

The disgruntled vegetarian on my left pinches a piece of honeydew between her fingers, examining it from all angles, her face fighting off revulsion.

Sipping the foam from the bottom of my flimsy glass, I wonder how screwed up her face would have become if she’d walked into that airplane bathroom after Tan Outfit Guy.

The flight attendant working my section has taken an immediate dislike to me. Whenever he hands me something, it’s with the revulsion and pinched fingers of a skeptical honeydew examiner. He has gorgeous, full salt-and-pepper hair; if I got chatty and complimented him, his attitude would shift immediately. But I’m not in the mood. I don’t want to compliment him. Every time he walks past, I think, “I am never telling you that you have a gorgeous head of hair, you cranky snip.”

Shortly after finishing her meal, my seatmate moans a few times while rocking.

I will not be following her to the bathroom. 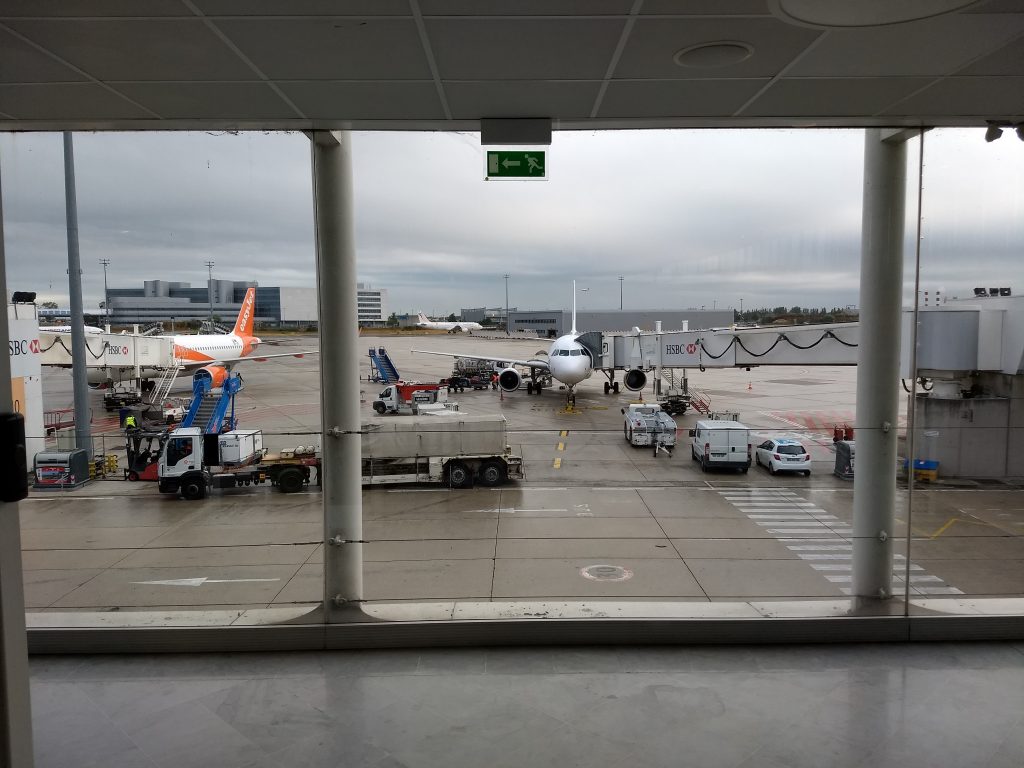