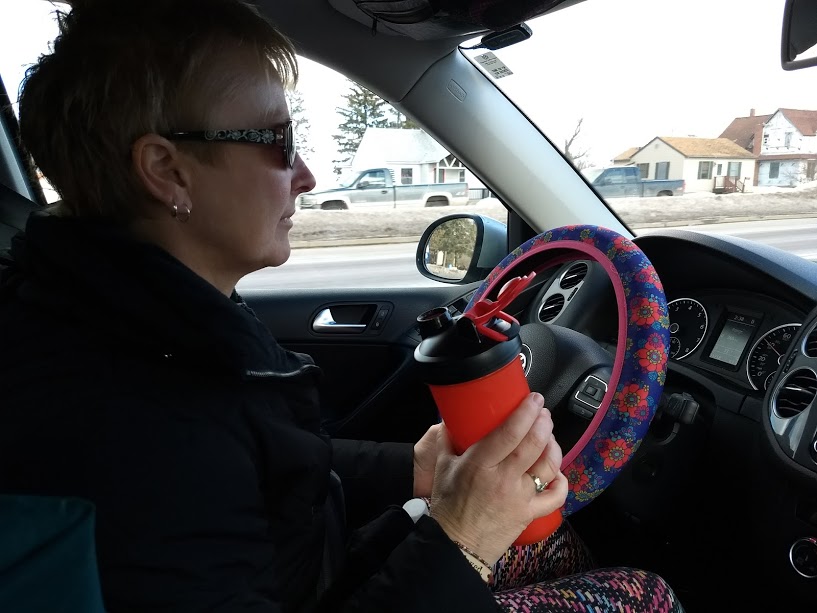 This afternoon, Allegra, friend Linda, and I drove through several flat, soul-sucking towns, braving the border of Wisconsin, so that we could participate in a race across a frozen bay in Lake Superior. Approximately 4,000 skiers, snowshoers, and runners take part each year in this night-time race, lit only by luminaries and the frigid tears dotting participants’ cheeks.

During our time in the car, I asked Linda to consider what she knows now, at age 51, that she didn’t know at, say, age 10. Put another way: what about her life now would surprise her younger self?

Reflecting, Linda noted that her 10-year-old self would never have known these things:

1. That her “new friend,” a pen pal she started writing to when she was eight, would, 43 years later, still be her “Numero Uno” — the two of them linked in an effortless friendship. Even more, Linda’s younger self would never have predicted how much time and effort they would would put into each other over the years.

2. That grown-ups have problems and issues and haven’t reached a point where they have it all figured out and are living on easy cruise control. Linda’s younger self was certain adults were never petty or vindictive or engaged in negative interactions. Linda’s older self knows better and is happy to realize that the adult experience is one of growing, changing, and adapting. In the past five years, she’s learned so much — about relationships, for example, and what they should and shouldn’t be. It was only as she neared the half-century mark that Linda understood a person can be independent and still be in a relationship.

3. That time will keep on trippin’, trippin’, trippin’, into the future. At 51, Linda is extremely aware of the passage of time, of her parents’ aging, her oldest nephew heading off to college, her former teachers looking crinkled and “super old.” This awareness doesn’t make Linda sad, per se, but more in awe that time continues to march on, marveling at how things just keep on keepin’ on. Even more, she feels finely attuned to the cycle of birth and death and growth. Although she recalls that this awareness began to develop in the 6th grade, it was when the nephew to whom she used to read Curious George Makes Pancakes left home for college that she realized those moments with him on her lap still feel like yesterday.

4. That she would become a social worker. When Linda was 10, she was sure she’d be a nurse — never considering other possibilities — starting college in pre-nursing and then moving towards a nursing degree…at which point she promptly decided nursing was not for her, mostly due to the chemistry and math. Compounding her worries about the classes was her low self-confidence, which caused her to run the other way at the first sign of failure. After nursing, she moved to classes in teaching…until, thanks to poor attendance, she failed out. Eventually, Linda got sober and at that point understood she had a desire to finish her degree. In thinking about which classes had suited her best in her previous academic career, she realized psychology and sociology had resonated. As a result, Linda ended up majoring in sociology; after receiving her bachelor’s degree, one thing was clear: she didn’t feel done learning yet. Rather, she felt like she was just getting started, primed to go further. A couple years later, Linda finished graduate school with an MSW and became a social worker. Her work with the elderly and ill now draws upon her abilities to listen with compassion and without judgment, to empathize with all people, and to affect lives on a personal level. For 51-year-old Linda, the definition of successful work isn’t a life where she’s recording vitals but, instead, when she gets home and thinks, “I really made that individual’s or family’s day better.”

5. That she would mature into someone who doesn’t care what other people think — that she is all good if she makes her own decisions, takes care of her own business, and keeps her eyes on her own paper.

6. That “stale” isn’t the intended taste for crackers. It was only when Linda got old enough to move out of her parents’ house and started to buy her own food that she experienced the sensation of “fresh” when it comes to crackers.

7. That she, a woman who once crumpled when faced with a challenge, might one day ski 10 kilometers across a frozen bay in the pitch dark, and that, as she skied, a strange man would glide into her personal space and yell at her obscured face “STEVE? STEVE?” And when she thought to herself, “Well, I’m not Steve, so I’m just going to keep going,” the man would try again: “STEVE?” Despite the violation of her focused rhythm, she would continue to stride — until he got in real close-like and hollered “STEVE, IS THAT YOU?” which would cause her to finally respond, “No, I’m not Steve,” and in that moment of taking her eyes off her lane, her concentration would be lost to the point that she stumbled and went down in a flail of limbs. Although at least one of Linda’s future friends wished she had grabbed the yelling man’s hands and placed them on her breasts while responding “NO, I’M LINDA,” she didn’t mess with him. And 51-year-old Linda, fully in charge of herself, didn’t cry, nor did she linger on the ice for dramatic impact, as a 10-year-old might. No. Instead, she hopped up, gripped her poles, and clapped her eyes on the tracks set by those who had gone before. Pushing, striding, looking forward to what lay ahead, she carried on, propelling herself through the dusky quarter-light to the finish line. 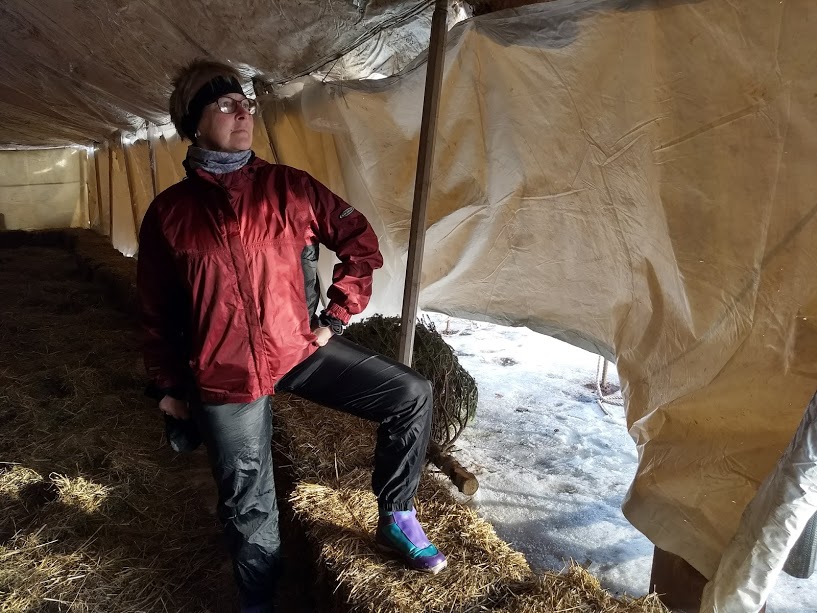