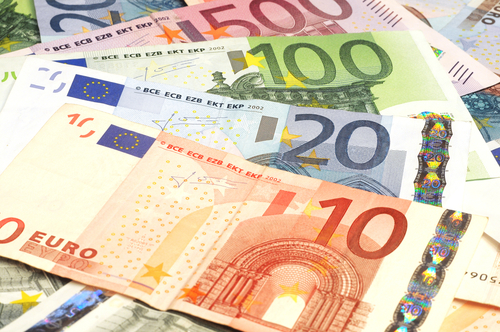 Love looks like her, fresh sweetness driven by curiosity.

Love looks like her, powerful directness fueled by loyalty.

Love looks skeletal and radiant in her hospital bed positioned next to the living room window, so she can live in the light as the veil between Here and There thins.

I want to tell you how blinding love is when these three versions of her are supported by the same laminate wood floors at the same time, one over by the living room window, her breathing shallow, her eyes half-open as she drifts in and out of medicated sleep, the other two facing each other near the dining room table.

“So,” says the brunette Kirsten to the teen who is on the cusp of three months of travels. “Here’s a deal I have for you. I’m going to slip a big swaaaaak of Euros into your pocket from Ginnie and me, okay?”

Not sure what is happening, the blonde Allegra nods uncertainly.

“And at some point while you’re in some far-off country, you’re going to see something that looks really fun — like something you’d love to do, if only you had the money. Like, it would be a great adventure, but it costs a lot, so you’ll just have to imagine how cool it would be. Except, see, you’re going to have this stack of Euros with you, and you’ve been told you can only use them to do something you otherwise would never be able to. So the whole point of these…” she trails off as she turns towards the dining room table and grabs a stack of colorful notes, “…is that you use them in memory of Gin…” — she tips her head towards the form in the hospital bed, the same form that was bitten by a lemur in Madagascar, that carried pails of ashes up and down staircases in a crumbling French chateau, that hugged a baby sloth in the Amazon — “…so you need to find an amazing thing to do, and when you throw this money at it, you will be taking Virginia on one last adventure, this time with you.”

Having explained the terms of the deal, the generous friend, auntie, wife, soon-widow pushes the money into the 18-year-old’s hands. The girl’s eyebrows lift as she nods. The terms are accepted.

It looks like a stack of Euros with strings attached.

It looks like a blonde teen and a brunette chosen-auntie locking eyes for a brief moment as they acknowledge the lasting imprint the slight form in the hospital bed will leave on them both, with the lessons of generosity and gusto she modeled for them.

It looks like four unsteady women united on a laminate wood floor, four women whose lives have intersected in profound and unpredictable ways, four women finding balance by leaning on each other.

I want to show you what love looks like. 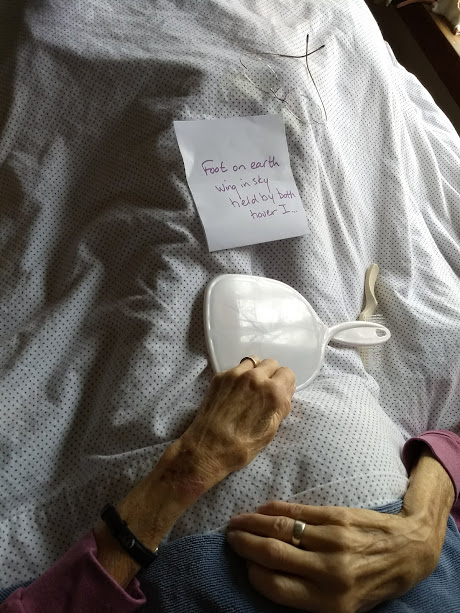