Last night, I told my husband, “In case you were doubting my power or questioning my influence–and it’s the wise man who does neither–I have definitive evidence that I’m changing the world.”

“Really?” he responded, cagily remaining neutral until he figured out what direction this announcement was headed.

“You got it, Mister. I was at the Y today, enjoying the loosely-harnessed passion of Cloud Cult through my ear buds, marveling at how much my forearms sweat when I’m on the stair machine, and, as is my wont, reading celebrity gossip magazines. Thoughtlessly, I flipped to the next page in my mag, only to cease my panting and catch my breath. For you see, cher husband, on that next page was evidence of my far-reaching influence.”

“What was it?! What was it?!” he demanded, jumping up and down like a preschooler at a Wiggles concert.

“I’ll give you a hint: I was presented with a visual connection between something that matters to me and the lives of the rich and famous.”

He began guessing: “Was there an article in which Michelle Obama discussed her love of eating toast late at night? Was it a feature in which Zooey Deschanel talked about how she likes to read three books simultaneously, locating them in various rooms throughout the house? Was it a blurb about how Steve Martin has been learning to play ‘The Can-Can’ on the piano, but in a fashion so lurching and clumsy that listeners have to dig their fingernails into their legs?”

“Fine guesses, for sure, Dear Husband. But no. Let me give you some hints. Hint #1: do you remember when I made a little video earlier this year?”

“Jocelyn, every time I turn my back, you’re making a little video. Seriously, you’re the person who took a stuffed Santa outside and had him smell a pine tree for the camera. So, yes, I remember a whole bunch of little videos you made this year. I need more information before I can solve this mystery.”

My eyebrows lifted as I provided greater specifics: “Well, it was this video right here.”

Exasperated, he threw his hands up and noted, “We’re standing in the kitchen, talking to each other. WHAT VIDEO? I CAN’T SEE A VIDEO WHILE WE’RE STANDING HERE, TALKING TO EACH OTHER. Are you running a video in your head again? I thought we’d clarified that I can’t actually see the movies playing in your mind.”

“Okay, then, Lord Byron, here’s a different hint: remember these photos–which showcase both classic and acceptable variations of the topic at hand?” 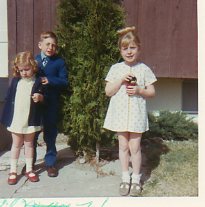 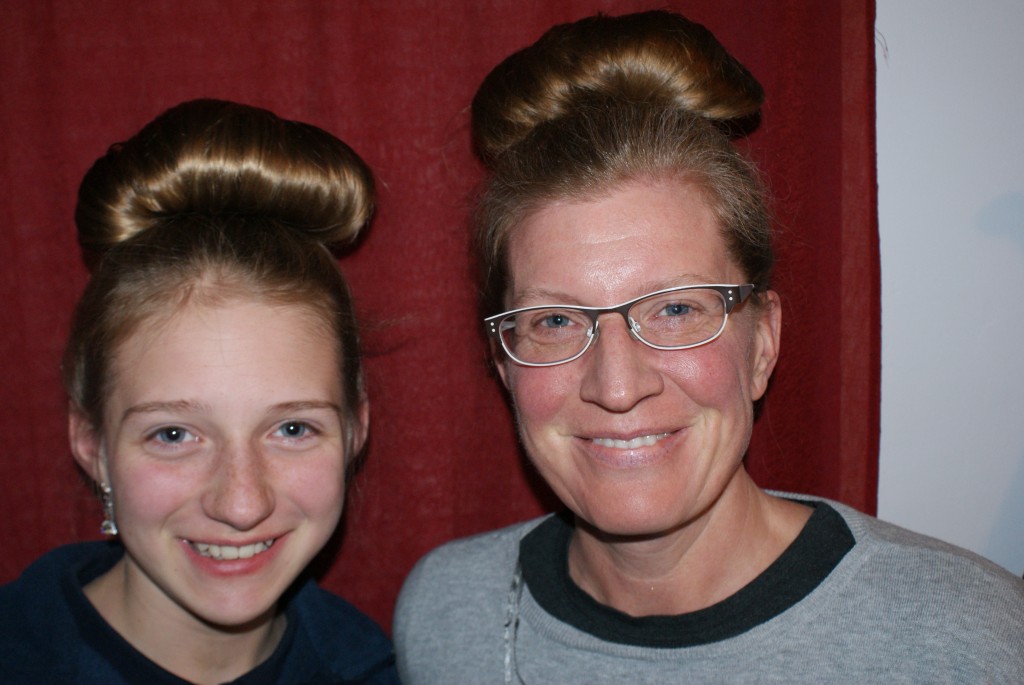 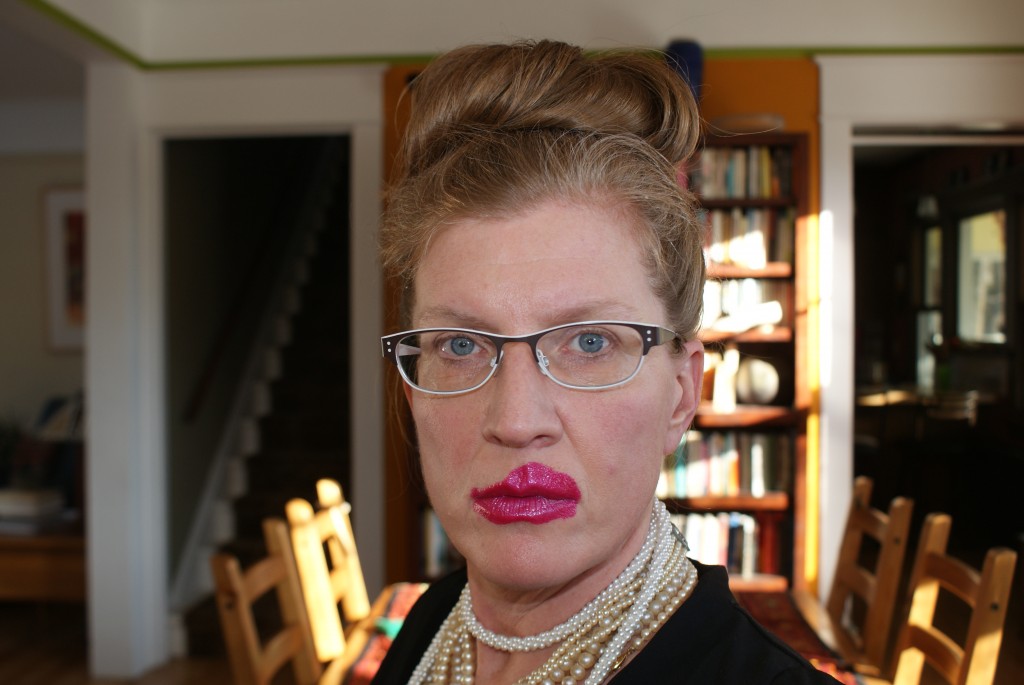 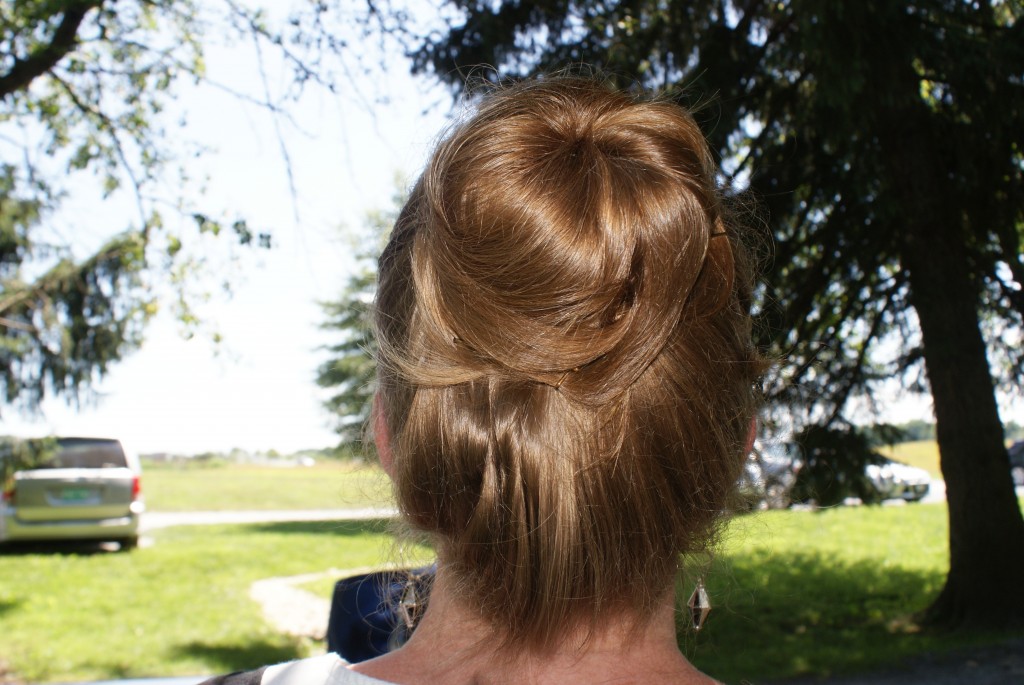 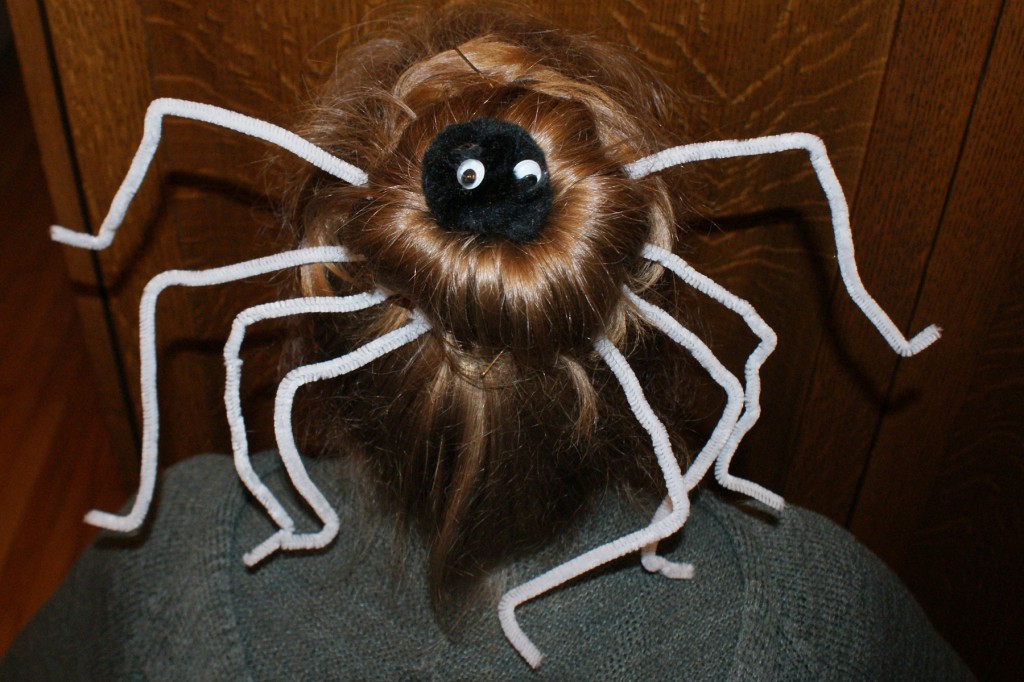 At this point, an odd purple color began flushing through Byron’s face. His normal pacifist tendencies seemed to be straining against something that might have been an urge to throttle.

Clipping out his words, he reiterated. “One. more. time. WE ARE STANDING IN THE KITCHEN, TALKING TO EACH OTHER. I CAN’T SEE ANY PHOTOS. You. have. to. remember. I. can’t. see. the. digital. slideshow. that. runs. in. your. head.”

“Okay, okay, I get it,” I agreed. “Then let me reference something more directly. Although I realize you can’t see the picture I’m about to mention right now, since you’ve led me to believe we’re talking in the kitchen, I can take your brain to a memory, right? That’s something we can do with wordies? I mean, you can hear my wordies while we’re standing in the kitchen? I’ll take that slump of your shoulders as a resounding ‘Yes!’ Soooo…do you remember how, on Halloween, I was talking about the way one of my favorite blogger buddies did her hair–how it was a super rad side-tunnel bun?” 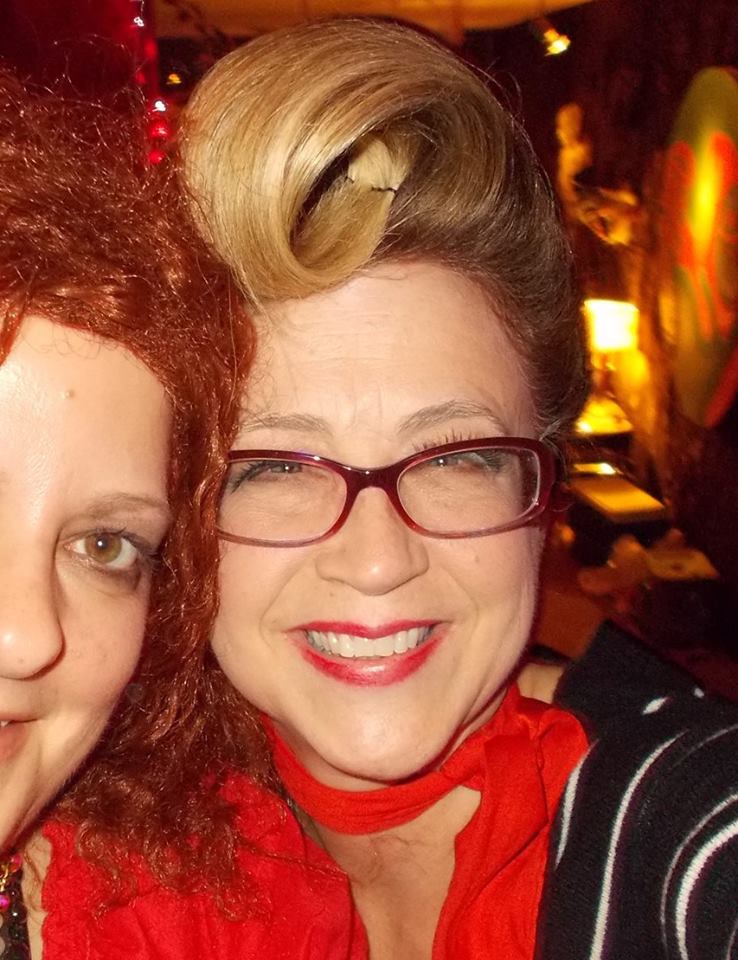 And with that, the light bulb flicked on for my beleaguered spouse.

Or maybe he just opened the door to the fridge.

Either way, the room got brighter as he drawled out, “AHHHHHHHH, so this is a tunnel bun conversation we’re having?”

Clapping my hands excitedly, like a preschooler at a Wiggles concert, I shouted, “YES! The success of my Tunnel Bun campaign was confirmed today while I was sweating on the Stairmaster! I turned that page in the magazine, and behold the glory that greeted me…” 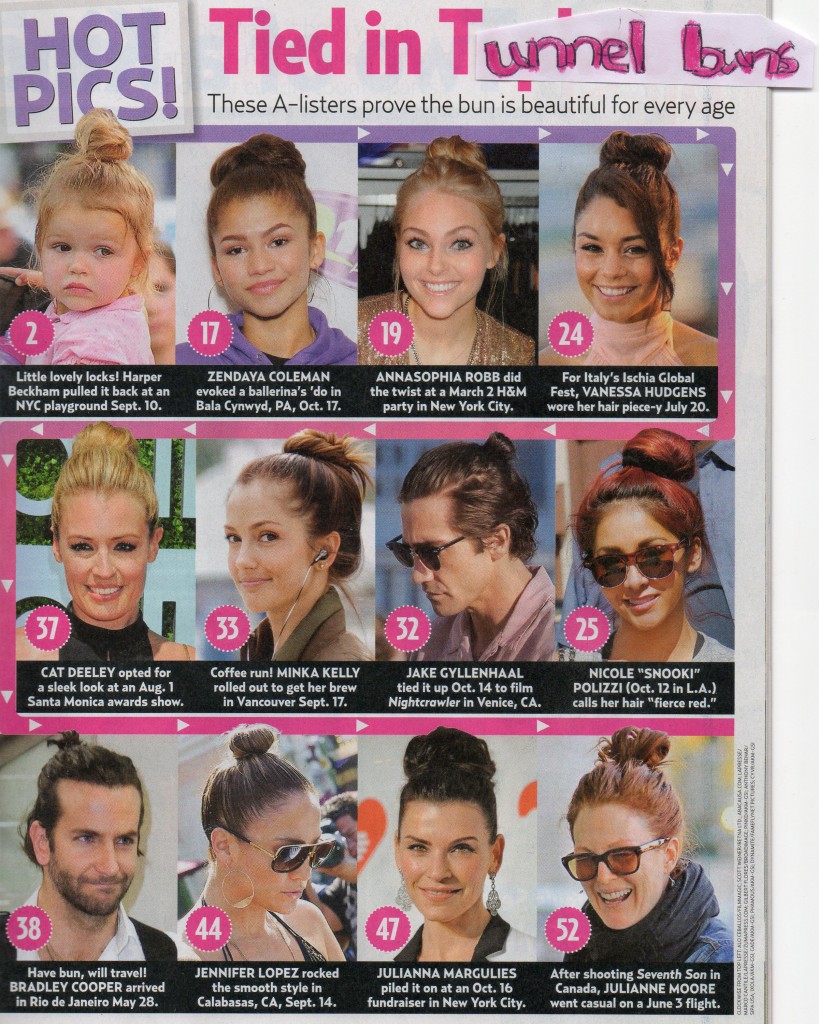 “Sweet insanity, woman! No, I can’t ‘behold’! There’s nothing here. We’re in the kitchen. There is no magazine here. I have no idea what you’re talking about.”

Oh, yea. Gollee, but there’s a lot to keep track of in life.

I helped the poor guy out. Skipping happily, like a preschooler during an unexpected encore at the end of a Wiggles concert, I headed toward my gym bag and retrieved the magazine, throwing it open to the pertinent page, babbling to my beloved, “And you know if Jake Gyllenhaal is rocking a tunnel bun, and Bradley Cooper is in aspirational stages for one, then the tunnel bun has not only take hold with the femmes but has crossed genders, and when a style crosses genders, like pants for women and eyeliner for men, then the thing has ARRIVED–and so the Year of the Tunnel Bun has not only fulfilled its promise; it’s actually blown up to the point that it’s achieved world domination, right?”

Realizing the broccoli was ready to drain, and feeling somewhat drained himself, Byron took the shortest route to ending the conversation:

“Yes, yes, Jocelyn. There’s no doubt about it: you rule the world.”