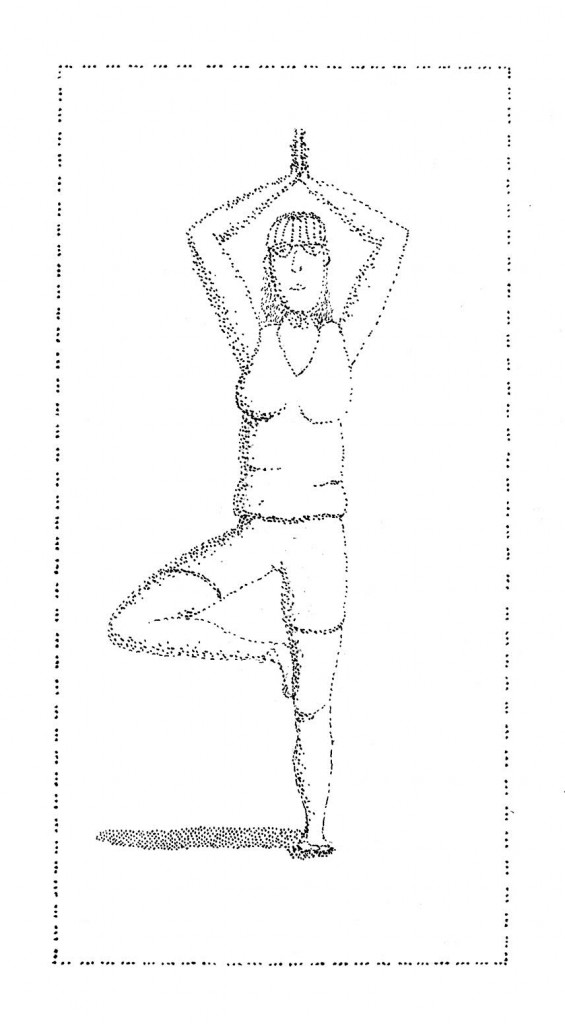 Then there was the time I hotfooted into yoga class ten minutes late and discovered that, uncharacteristically, the teacher had taken some time for talk before movement. Hoping to illuminate the theory behind the practice, she’d explained a few terms and their role in the various poses we’d be doing.

By the time I slunk in, the class was well into its sun salutations. Much like when I was in college, I tried to fake my way through having missed the lecture.

Thus, whenever the teacher instructed us to “tighten in mula bandha,” I sucked in my rib cage, figuring mula bandha probably meant abs. What else could a person be tightening?

As someone who largely bluffed her way through college, I remain a curious being, however. My brain’s aware of its deficits and hopes to plug at least a few of them. Thus, massaging my tender abdominals, I later took a minute to look up mula bandha.

So the yoga teacher had been telling all of us to clench the spot between our sex organs and our anuses.

In addition to feeling quite sorry I’d missed the presentation of that definition–what if there had been a pie chart? infographics? a laser pointer?–I also felt sorry that I’d missed out on the chance to use mula bandha to make A Special Place sore through repeated willful compression.

You see, I embrace new experiences. Every hour is an opportunity, friends, and it’s an intrepid woman who rushes forward, arms and anus open, to greet possibility.

After some consideration and online training, I decided to undertake an independent study; I spent the rest of the day tensing, contracting, and clamping in mula bandha. Not to cast aspersions on lovers past, but my nethers had never before experienced such focused concentration. By nightfall, I had managed to create in my privates an unsatisfied ache.

Ultimately, then, this is a story of how yoga taught me to be both my best and my worst lover.

and if there’s a name for that spot is there a name for the little dent between my nose and lip?, why is yoga funnier than anything?

being late, tensing the nethers, yoga