He comes home from school and tells me, “My legs have been hurting again. I must be growing.”

We measure him. He’s sprouted a quarter inch in the past three weeks. At just over 5’6″, the kid is taller than I am.

We park by the garage. Allegra’s door flies open, and she skitters to the house, dragging her bags, heading to the task of homework.

Always, Paco lingers, walks back to the trunk, asks, “Is there anything you need help with? What should I carry?”

He tries to describe a kid at school to me–a kid who annoys him–without using any judgmental language. Several times, his voice trails off as he lists behaviors, hoping the kid’s actions will make the larger point. Finally, sighing, he sums up: “If you were stuck on a desert island with him, Mom, he wouldn’t last long.”

He spends an evening after school at a store with a couple of friends, learning how to create characters for Dungeons & Dragons. When he gets home, he reports, “Isaac is probably going to want to design a new character. The one he came up with tonight makes no sense! It’s an elf, except Isaac also made him, like, nine feet tall and four hundred pounds.”

Looking down, shaking his head disbelievingly, he adds, “Oh, Isaac. You can’t have an elf that’s all burly and blundering.”

Standing on the third floor of the YMCA, having taken a break from running on the track to call my doctor and discuss the results of a recent MRI, I learn that I have a tear in one of the four tendons making up the rotator cuff. My supraspinata is ripped almost completely through, and the bursa is bursting with fluid. I imagine the tendon’s halves hanging together by a few remaining bits of sinew, rending completely one day when I lift a twenty-pound weight over my head or reach for the KitchenAid mixer, stored on a high shelf. The doctor is referring me to an orthopedist.

When I hang up with her, I call home, wanting to update Byron.

Paco answers. I ask him if he would like to hear my results and convey them to Dad–or if he just wants to go get Dad.

“You can tell me,” his soft voice says.

I give him the report. As I speak, he gasps, winces audibly.

A few days after we see the new Star Wars movie, I am bidding him goodnight, backing towards the door, reaching for the light switch. As usual, this is the moment when Paco unleashes one last blast of daily download.

“You know how I think Kylo Ren is the best, right?”

Yes. I may have heard a thing or two about that.

“Well, his character’s only going to get more interesting as the next movies continue the story. See, he thinks he moved himself more to the dark side by killing his father, but eventually he’s going to discover that carrying out such a terrible act actually moved him closer to the light–because it showed him how much he can feel things. It gave him a taste of regret.”

Every day after school, Paco takes off his coat, hangs his backpack on its hook, and settles in for a latte and biscotti. As I noodle around the kitchen, foaming our milk, he asks, “How was your day, Mom?”

Usually, I am able to tell him, “It was really good. Thanks for asking, Pup.”

Resting his chin in his hand, he crooks his head and adds, “What did you do, and why did it feel good?”

I call him from one of Allegra’s ski meets and inform him, “I won’t be home by 1:00 after all–because Allegra finished 7th, and Emily won the JV race, so they want to go to the awards ceremony, which won’t happen until after the varsity races. So we’re going to run out and grab some lunch and then head back to the meet in time for the awards.”

Inhaling with awe, Paco, home alone for the afternoon, responds, “Wow! They must be so happy. Please tell them both that they did great and that I think they’re amazing.”

The afternoon before he turns 13, Paco–contemplating the imminent joys of having his favorite friends gather at a gaming store where they will spend a few hours under the guidance of an official Dungeon Master as they play Dungeons & Dragons–announces, “I want to tire myself out today and then stay up really late so that I sleep for a long time tomorrow morning. I don’t know how I’m going to get through all of tomorrow until my party starts at 4:00. That’s a lot of hours to fill! And I’m just so excited for my party. I want it to be starting right now. So I really gotta work at tiring myself out.”

Heading to his birthday party, he looks at Byron, who’s getting bundled up. “Is that one of the new scarves you got for your birthday, Dad?”

“It’s so nice. It looks really good on you.” 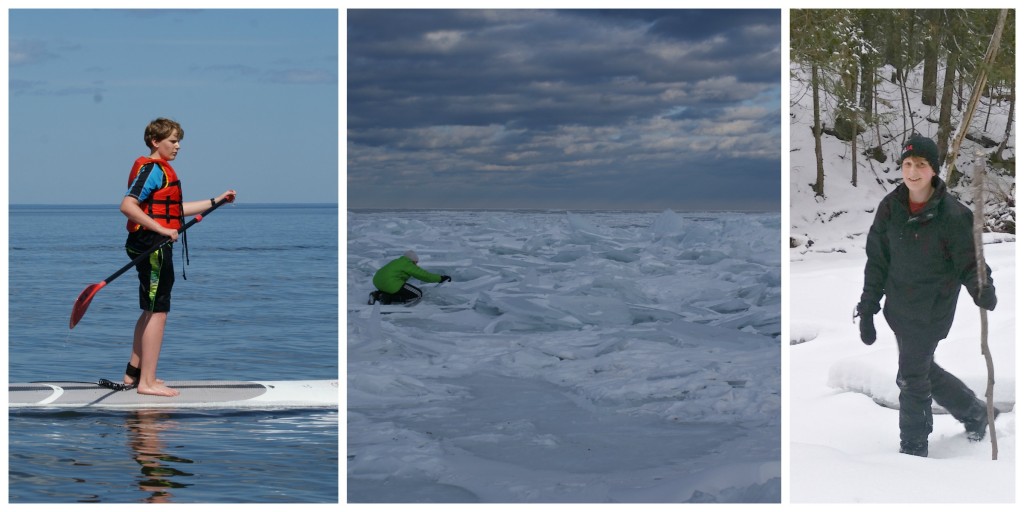 He was a beautiful, gentle, thoughtful little boy, full of spirit and goofiness and affection. 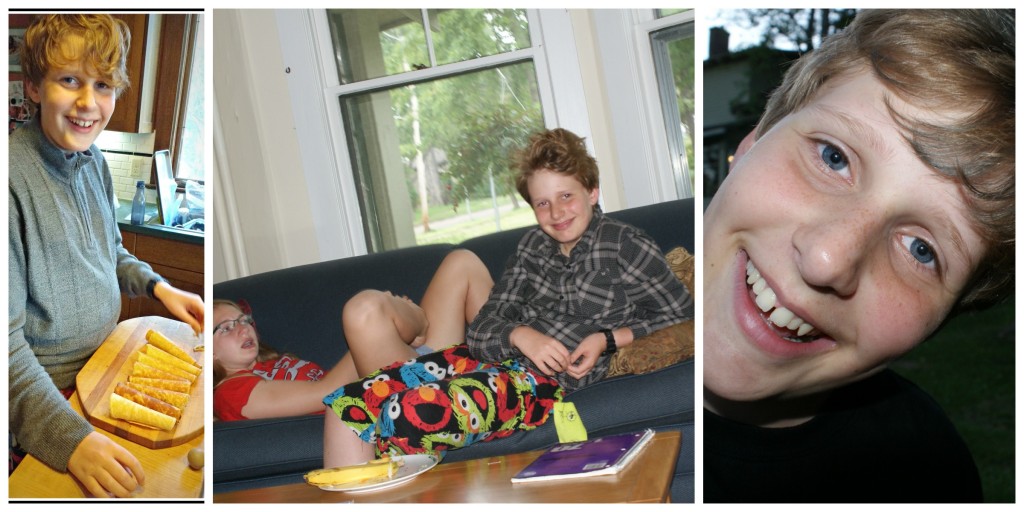 Now, he is a beautiful, gentle, thoughtful young man.

He is the gift of lifetime.