Seems I’m the Type That Was Heard on High…or, In Your Case, Read While High 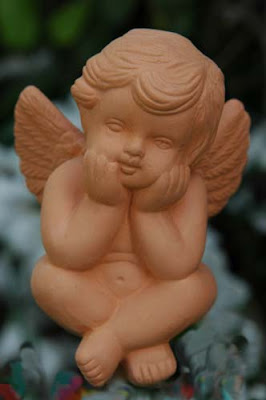 A few weeks ago, after two terms in my English classes (both writing and literature), a student sent me this email:

“Thanks for your engel pacience”

Second reaction? Less clearly, something like “BWAHH?” coupled with an impulse to mock.

Third reaction? Clearly, I should never try to convince myself that my teaching makes a difference. If I’m being realistic and honest about how little impact I genuinely have on students—as evidenced by a five-word email containing no fewer than three errors, written by a student who had just finished 21 weeks under my tutelage–then my motivation for walking into the classroom needs to be restrained to this feeling: if I am in front of a large group of people, I’m going to need new shoes. A lot of new shoes. For a very long time. Even if I’m teaching the class online. Yes, that’s the ticket. If I can’t create better writers, then I should at least fail in my efforts while wearing awesome shoes.

Since the error-riddled email was sent by a community college student, there had to be a story behind the misspellings. What’s more (we’re having a Jocelyn’s Rare Maturity Moment Here, so put your hands in the air, raise the roof, and yell “woot-woot”): taking into account that story makes all the difference.

Here’s the rundown on the author of the email:

–she’s almost 44 and is nearing the completion of her first higher-education degree, the A.A., something it took her 25 years to decide she wanted to earn

–she’s been married five times, with each marriage resulting in additions to her brood. She now explains it thusly, “Once I counted out how many years of my life I had been pregnant, breast-feeding, and changing diapers. All that to learn at the Environmental Science class last semester that our planet Earth is heavily overpopulated! I have got an ‘A’, but it’s too late anyway, my youngest is 8 and I can’t put him back where he came from.”

–each of her husbands hailed from a different country, with the group of them spanning four continents

–she describes herself as “spacey,” as she often forgets to get off the train at the right station, to take food off the burner, to pick up a kid from daycare (or, um, to proofread)

–due to her spacey-ness, she decided not to get her driver’s license until she was 32, for fear that she’d forget she was driving while in the middle of doing it

–she is originally Polish, spent her early childhood in Chile, is a Swedish citizen, lived almost 1/3 of her life in Germany, and has been in the U.S. (Nevada, specifically) for two and half years.

–she is fluent in four languages

–over twenty years ago, in Sweden, she became involved in the Hare Krishna movement and still regards that time with great fondness

–she hopes to get a wolf-hybrid puppy

–she and her fiancé (there’s an optimist!) have signed up for a MUFON (Mutual UFO Network) course to become UFO investigators. She would like to “relieve the mystery” of some UFO phenomena. When advised by her *cough cough* English teacher that writing a college-level research paper on the topic of UFO’s would not be *hack hack* the best choice, this student responded quickly and admirably and ultimately turned out a solid paper on *better-but-still-sigh-inducing-simply-because-it’s-way-overdone* global warming

–her very presence in an online class ramped up the energy of the other students; grammatically-clean or not, her messages in the Discussions area always supported, answered, and calmed her classmates

The teacher learns her lessons:

By and large, I won’t transform my students into precision-writers.

Generally, I’d rather read a poorly-written sentence from a vastly-interesting human being than a perfectly-constructed one from a nob.

Being an unbending stickler who operates out of condescension would make me a nob.

As I contemplate next semester, then, I–optimistic in the fashion of my quintuply-married student’s current fiancé–internally shake out and fluff up a load of commas and apostrophes, in the hopes that some student might need them.

In the absence of that, though, I’ll just shore up my “pacience” and prepare to lend an ear to every last “engel” who couldn’t run spellcheck because she was too busy relieving the mysteries of the universe.

angels, community college students, how to cope when you realize you can’t retire at 45, UFO’s

24 responses to “Seems I’m the Type That Was Heard on High…or, In Your Case, Read While High”