As a family who doesn’t draw energy from the holidays but twirls with hands to the sky at the notion of taking a trip, the choice was easy:

we flew to Nicaragua for Christmas and New Year’s.

So far, we’ve eaten plantain chips and yucca; tried the famous seven-year rum; felt the bottoms of our feet chafe raw as they swell and sweat in the humidity; seen both tin shantytowns and a multi-story galleria; eased our bodies into the cooling blue of the swimming pool; lost and won at Farkle; sat dully for two hours as we ate fantastic steaks delivered to our table with terrible service; maneuvered a shopping cart through a standing-room-only grocery store on Christmas Eve; gotten dizzy from seven different salsa songs playing from seven different windows simultaneously; and enjoyed the colonial architecture in the city of Leon. 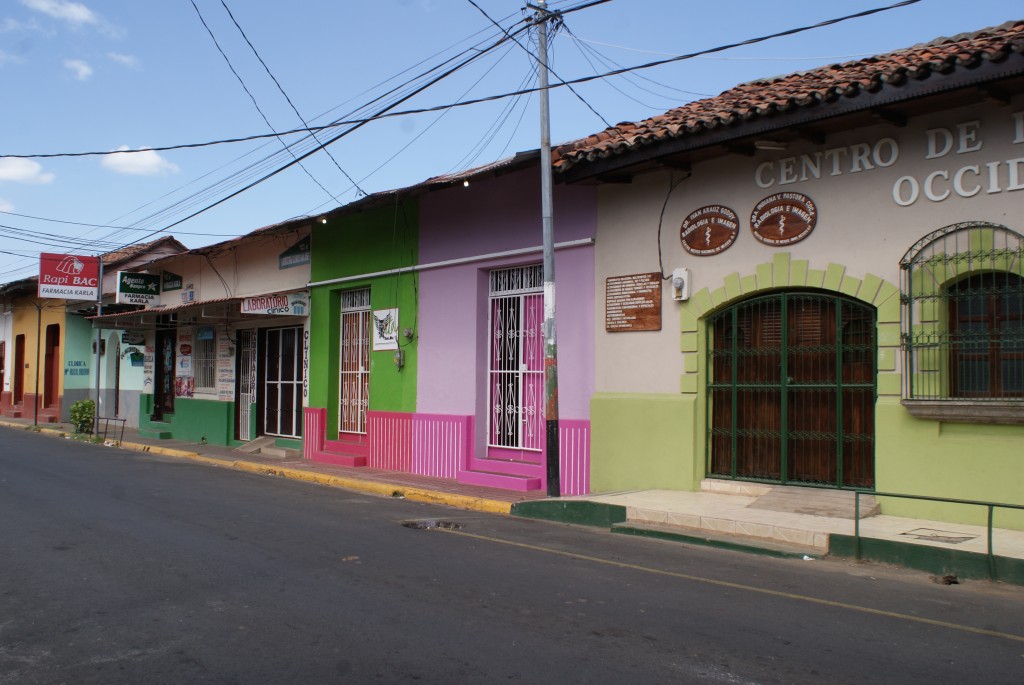 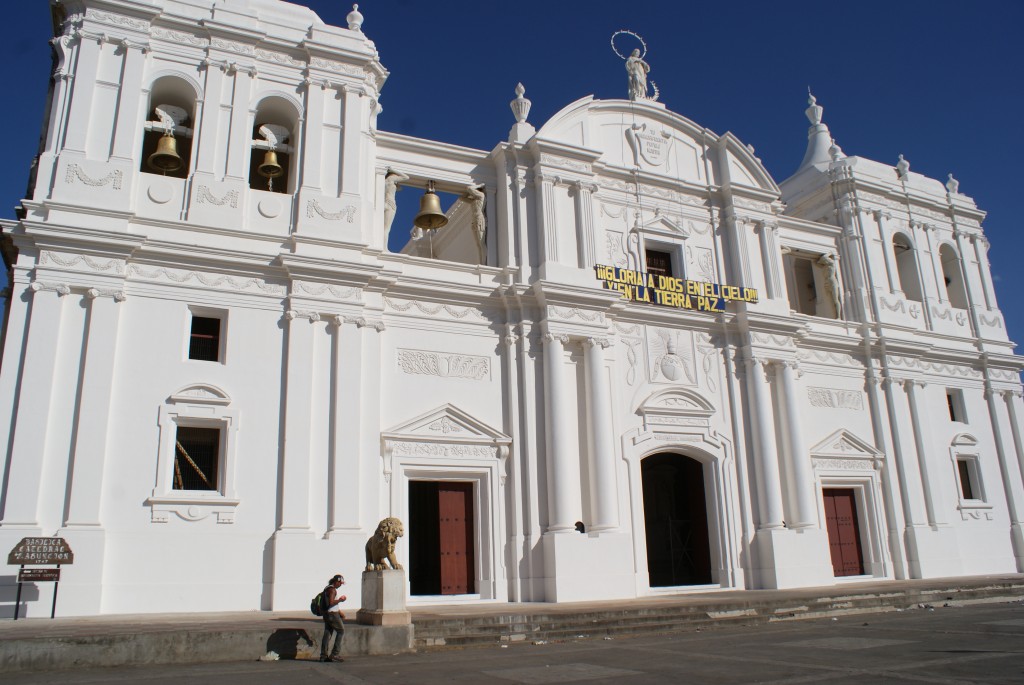 Of course, for me, staring at facades affords a limited type of pleasure. Given an hour in a central square, a camera, and a chance to gawk at every pair of sandals, every cutie baby, every ice cream seller trying to make a few cordobas, I’ll take people watching any day. 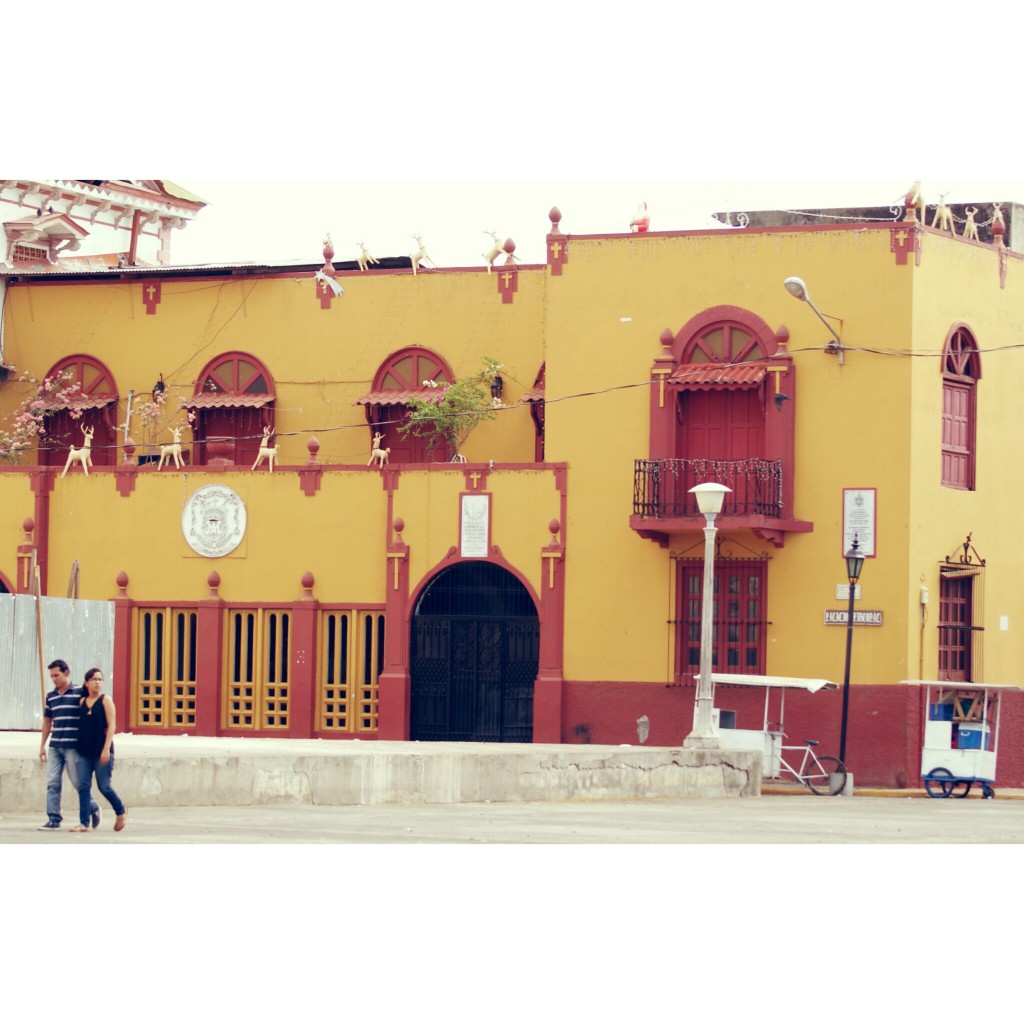 The first night, when we flew into Managua, the shuttle for our hotel picked us up and transported us to the place where we could finally let our bodies–exhausted at 11 p.m. after a 2:40 a.m. wake-up–collapse.

The bell boy, a compact man of sixty, got his instructions from the woman at the reception desk, grabbed two of our three big bags in his hands, and marched us over, through, around, up, around again, and down before plopping us in front of a door. Looking at us, he gestured “You have the key?”

Sighging deeply, he grabbed the two heavy bags again, retraced the route back to the desk, and asked for clarification. Hands waved in the air, and he nodded in understanding.

Grabbing our bags, he led us off in the complete opposite direction, depositing us in front of a different door.

No, wait, what? Wrong room again.

The parade of us, led by a confused man trying to do right, wound back to the reception desk.

Naturally, the correct room, which we landed at on our third attempt, required a climb up a set of stairs to get to the main door and then another climb up a second set once inside.

Somehow, despite how intimate we’d all become during our meanders around the property, he managed to ghost out the door before Byron or I could slip him the sweaty tips we’d been clutching. 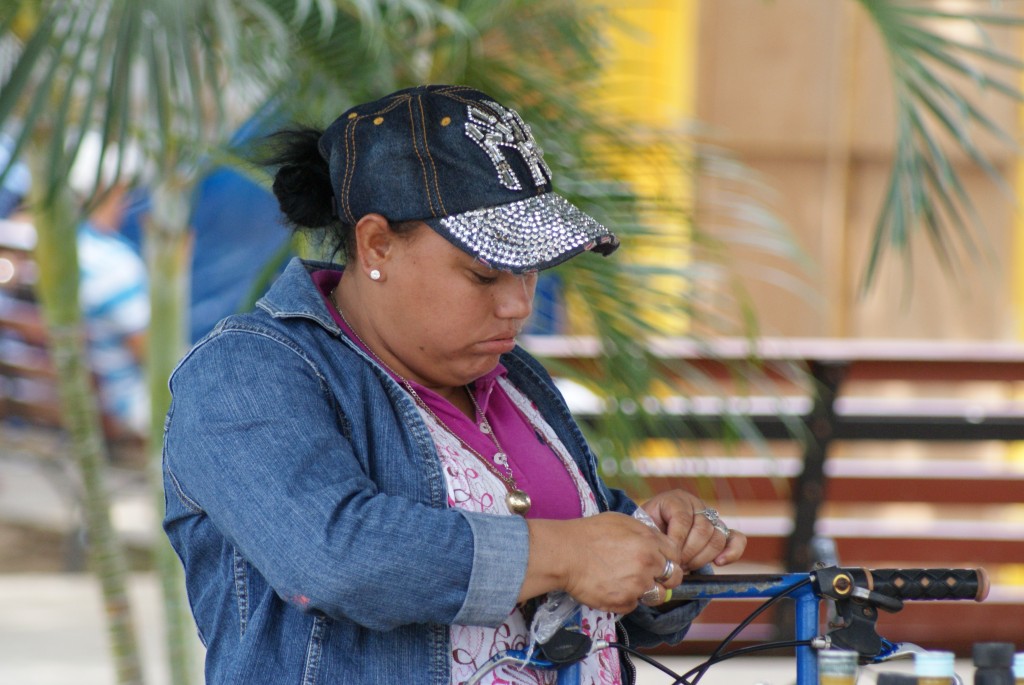 The next day, at a gas station near our hotel, a station with an ATM inside of it, the kids and I perused the snack aisle and marveled at the bright, happy packaging. As I took out my phone to snap a picture of a package of cookies that promised to pack a real “ponch,” I saw a guy paying for gas look at me like I’d escaped from the zoo. 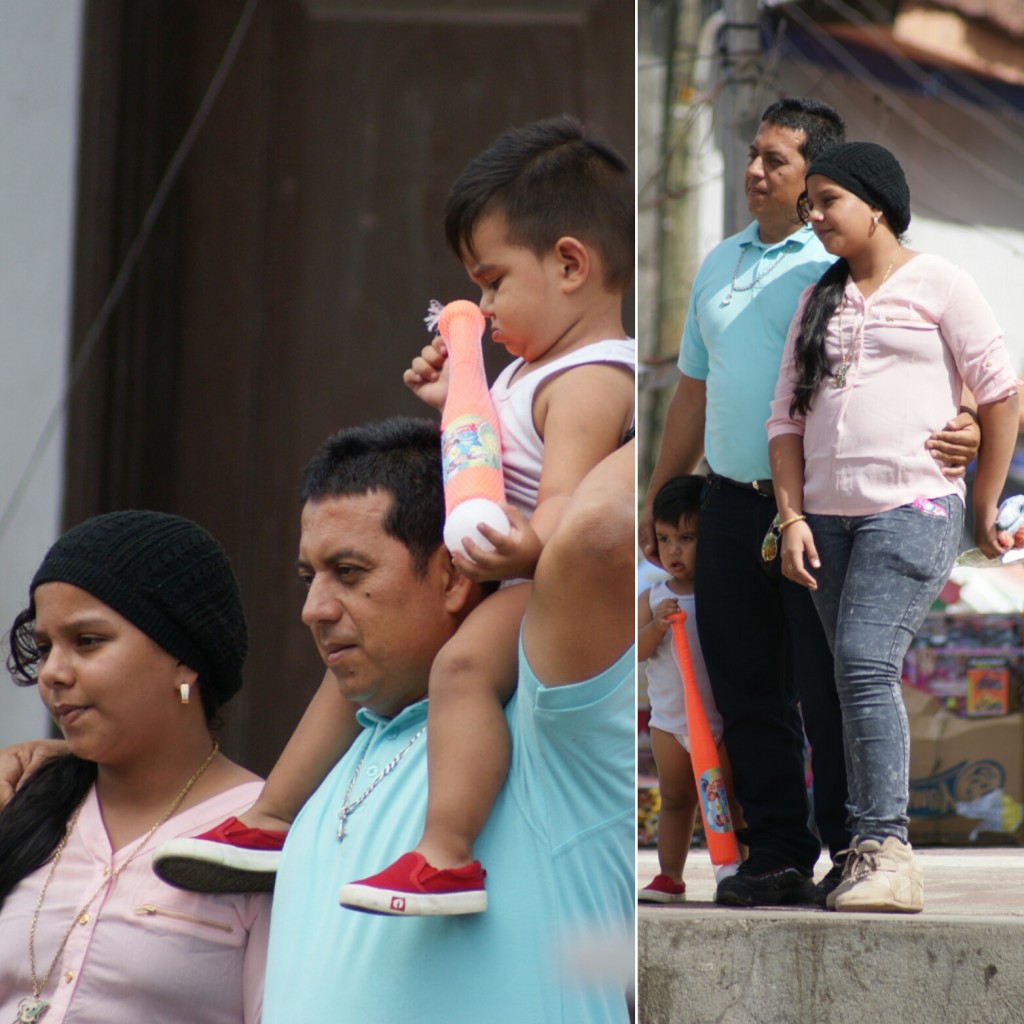 Later that day, during a two-hour shuttle ride from Managua to Leon, our friendly driver said a few words to us and then settled in to the road. We four craned our necks this-a-way and that for the duration, and I reflected more than once that I love it when people can be quiet together. 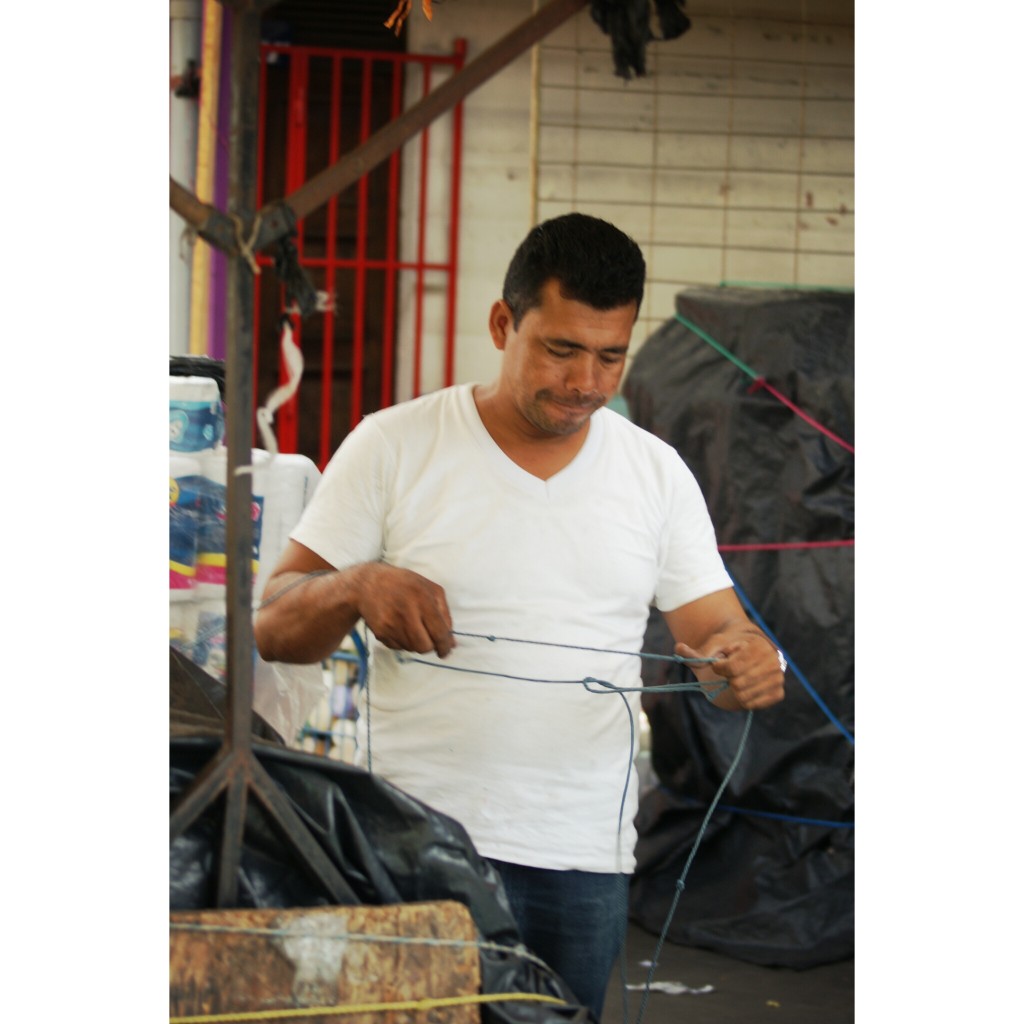 When we arrived in Leon, we were greeted with great hospitality by the young woman working the front desk of our next hotel. As we waited to complete the check-in process, we sat in big stuffed chairs next to the foliage-full courtyard. Our hostess asked if we wanted coffee, and when I panted “Yes” and followed her to the pot, I saw that there was no cream or milk, which is a fundamental component of my java happiness.

When I asked this young woman if milk was possible, she said yes but then looked hard at me for a minute, wondering how stern was my stuff, telegraphing a certain concern: “But it will be from the refrigerator, so it will be very, very cold.” 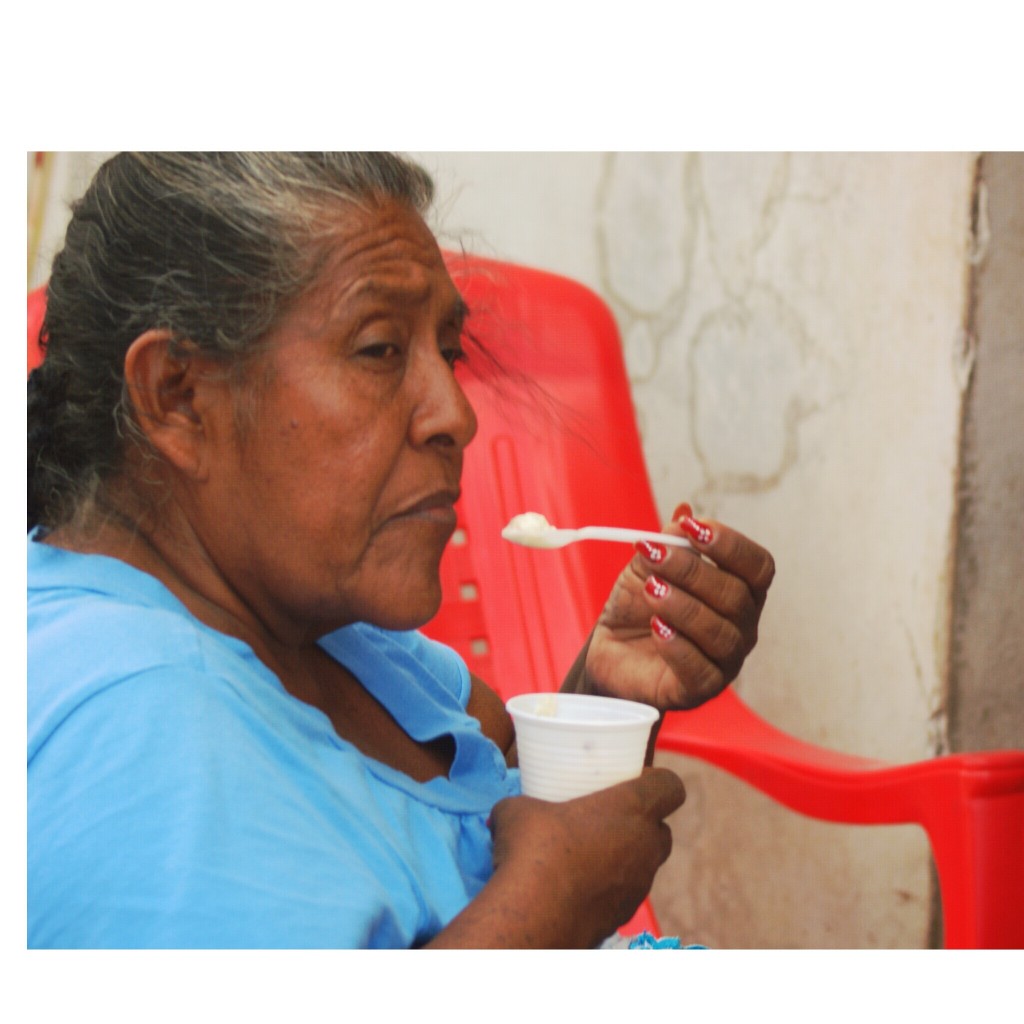 As we completed checking in at the Leon hotel, the proprietor arrived and came in to say hello. His glasses frames’ steel, rectangular, assertive funkiness marked him as European.

Indeed, he and his wife left France for Nicaragua three years ago. When I asked if they would ever return to live in France, he said, “My wife might, but I won’t,” thereby telling me more about his marriage than is usually gleaned in the first sixty seconds. 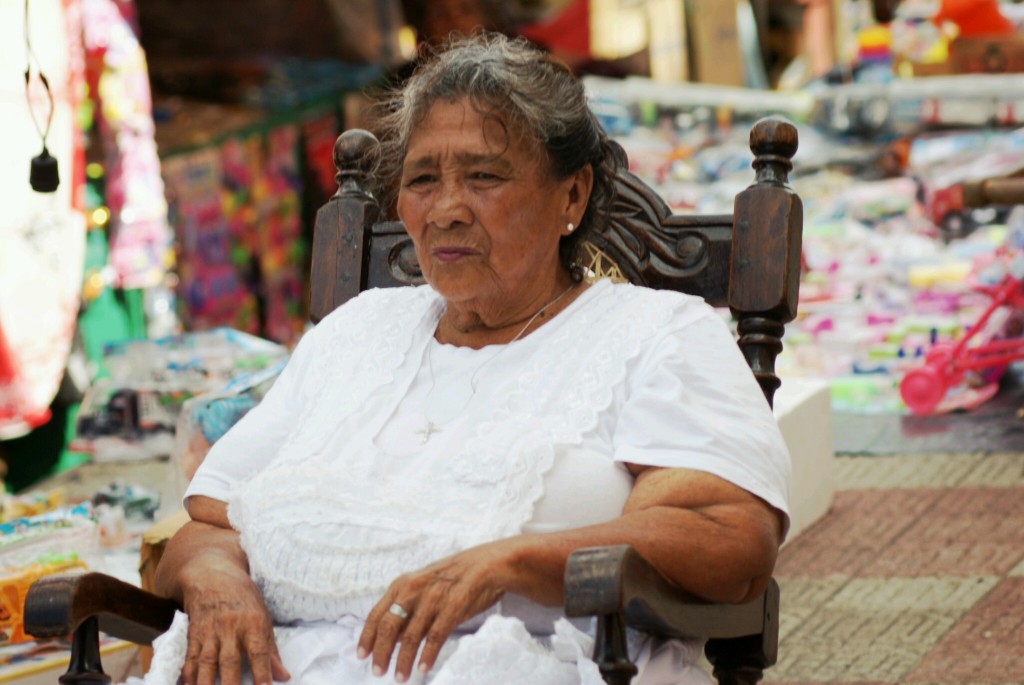 As I continued to chat with the proprietor, I asked him why he would never return to France. His response: 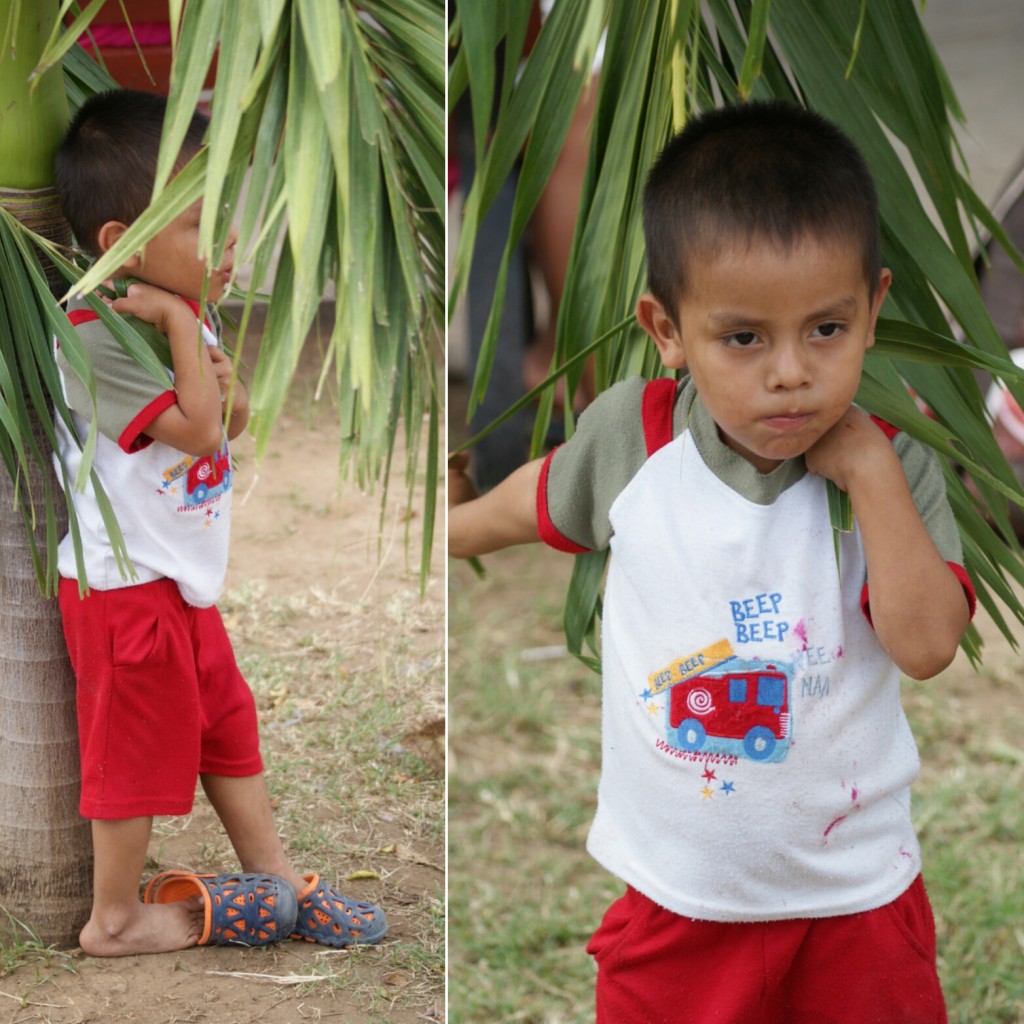 In the central square of Leon, a sweet-seeming man, wanting to practice the English he is studying at the university, attempted to engage Byron in conversation. The kids and I actively dodged getting involved, leaving poor Byron to riddle out whether “daughter” actually meant “wife” and wonder if he had suddenly landed on a Utah compound. 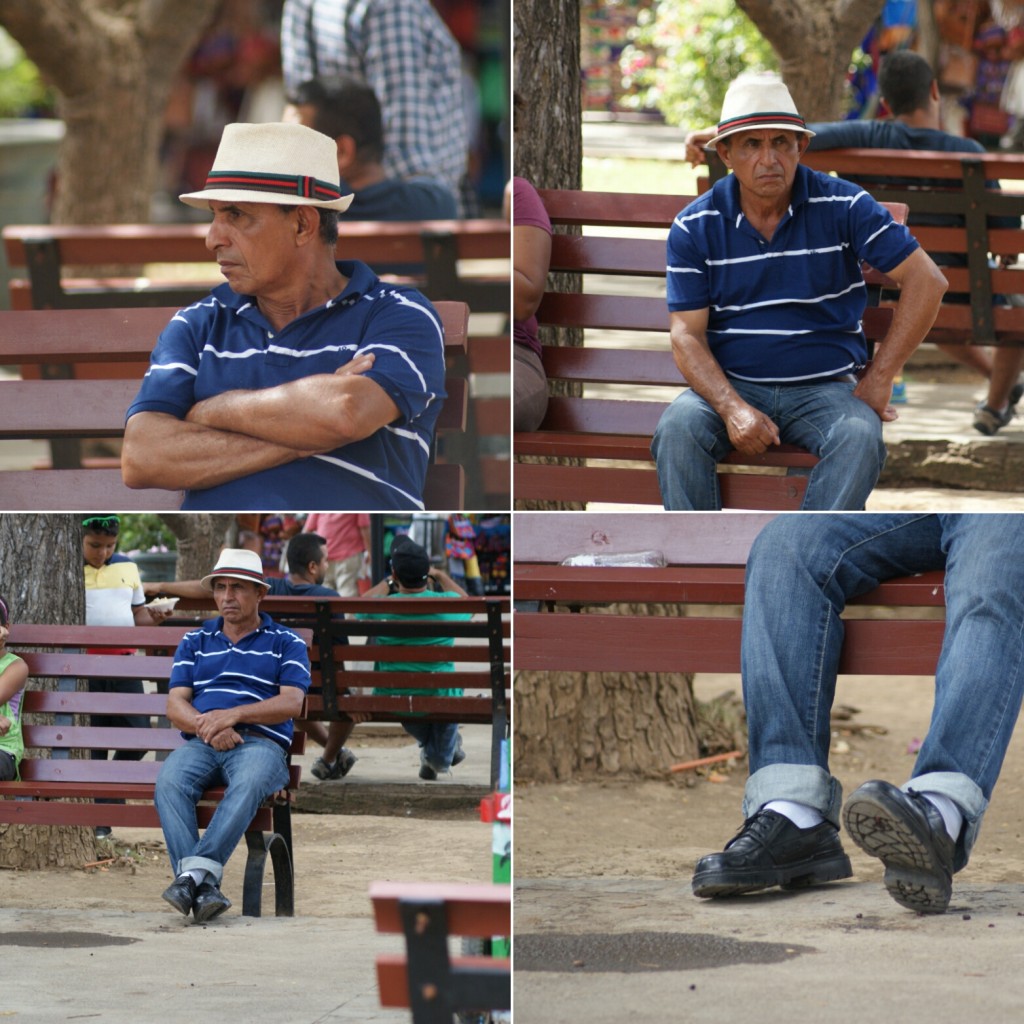 Every time we enter or exit our hotel, the front gate is locked or unlocked for us by the woman working reception. The key hangs on the back of the big wooden door that can be closed at night. The whole system is so Old World charming that I’m thinking of looking for whalebone so I can start wearing stays. 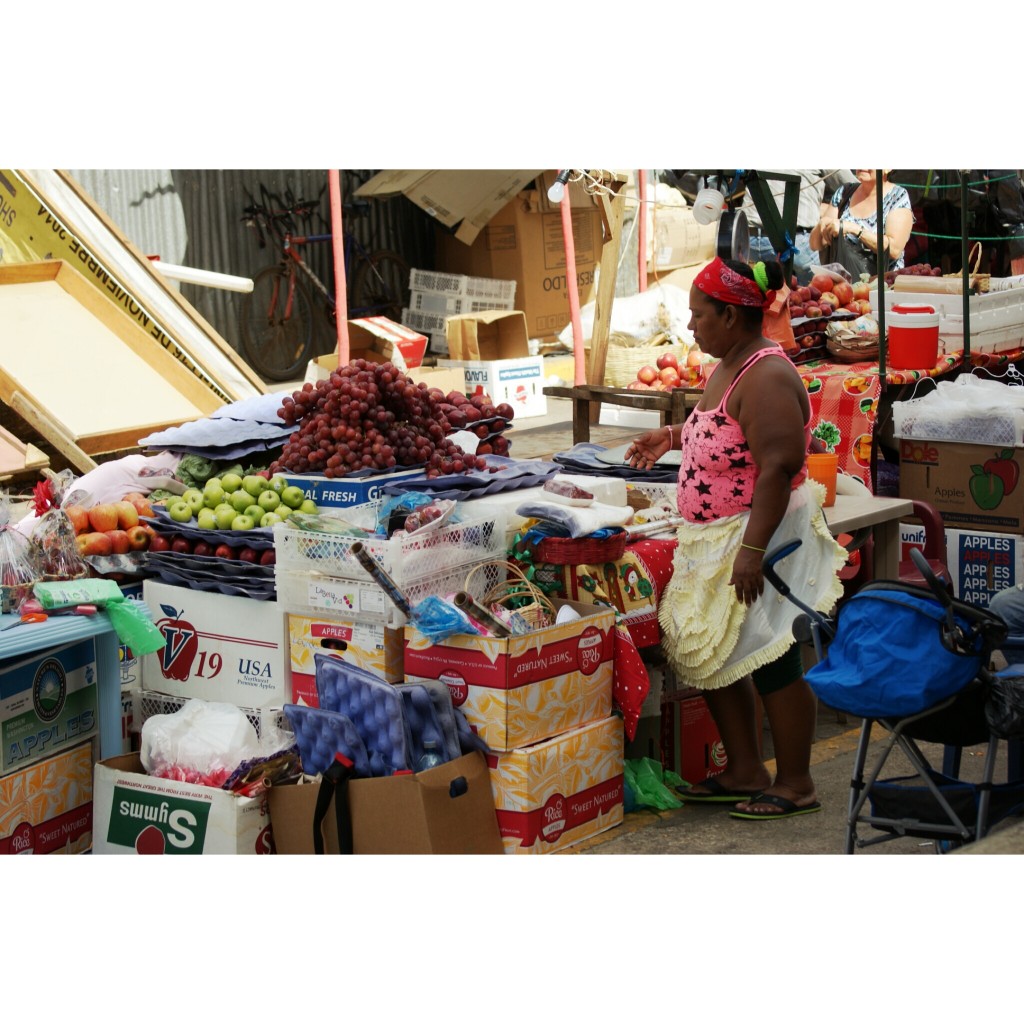 The Dutch-looking couple at the supermarket just beat a rundown-feeling Paco and Jocelyn to two of the last three cold bottles of Coke Zero.

Dutch-looking people are always exactly where I don’t want them to be. 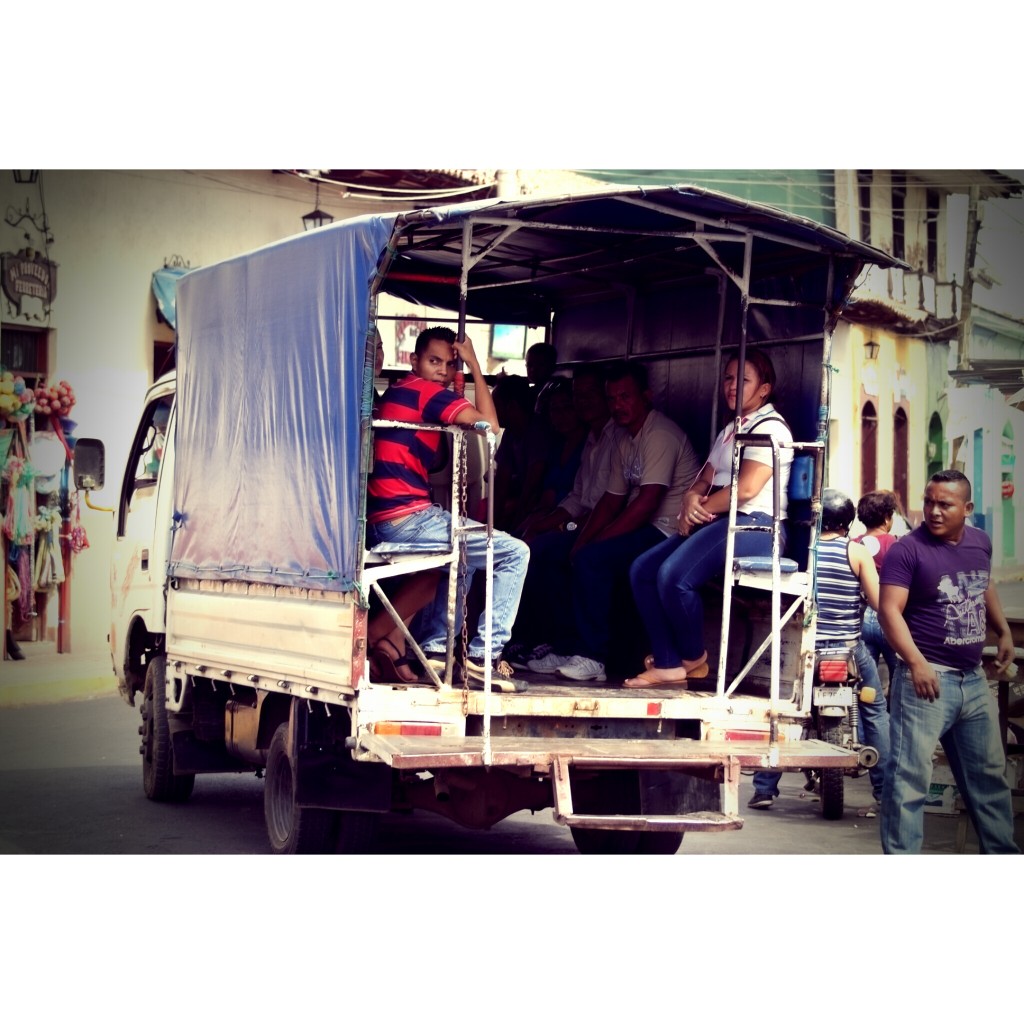 A Canadian guy who drank too much on Christmas Eve and paid too much for a bar of Hershey’s chocolate, if you ask him, which we didn’t, approached us as we sought a break from the sun on a shady bench.

I almost applauded when he used the most “oooo” vowel sound ever in “Google” and then ended the sentence with “eh?”

I was left feeling he wouldn’t have taken two of the last three bottles of cold Coke Zero, had he seen Paco and me wilting our way towards relief. 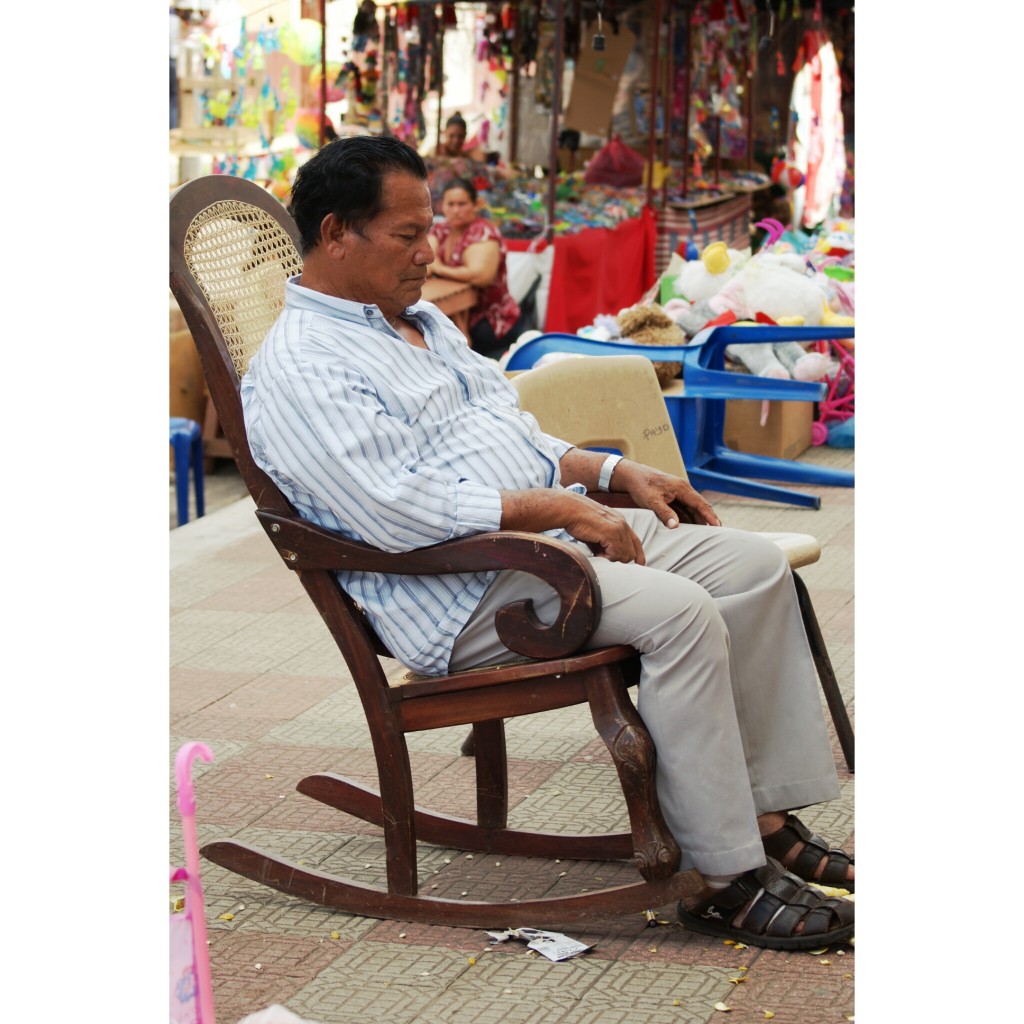 The same waiter who paid us no attention for the two hours while we sat at a table in his section certainly had a full 12 minutes to discuss wine and the menu with the three young travelers who came in an hour after us. 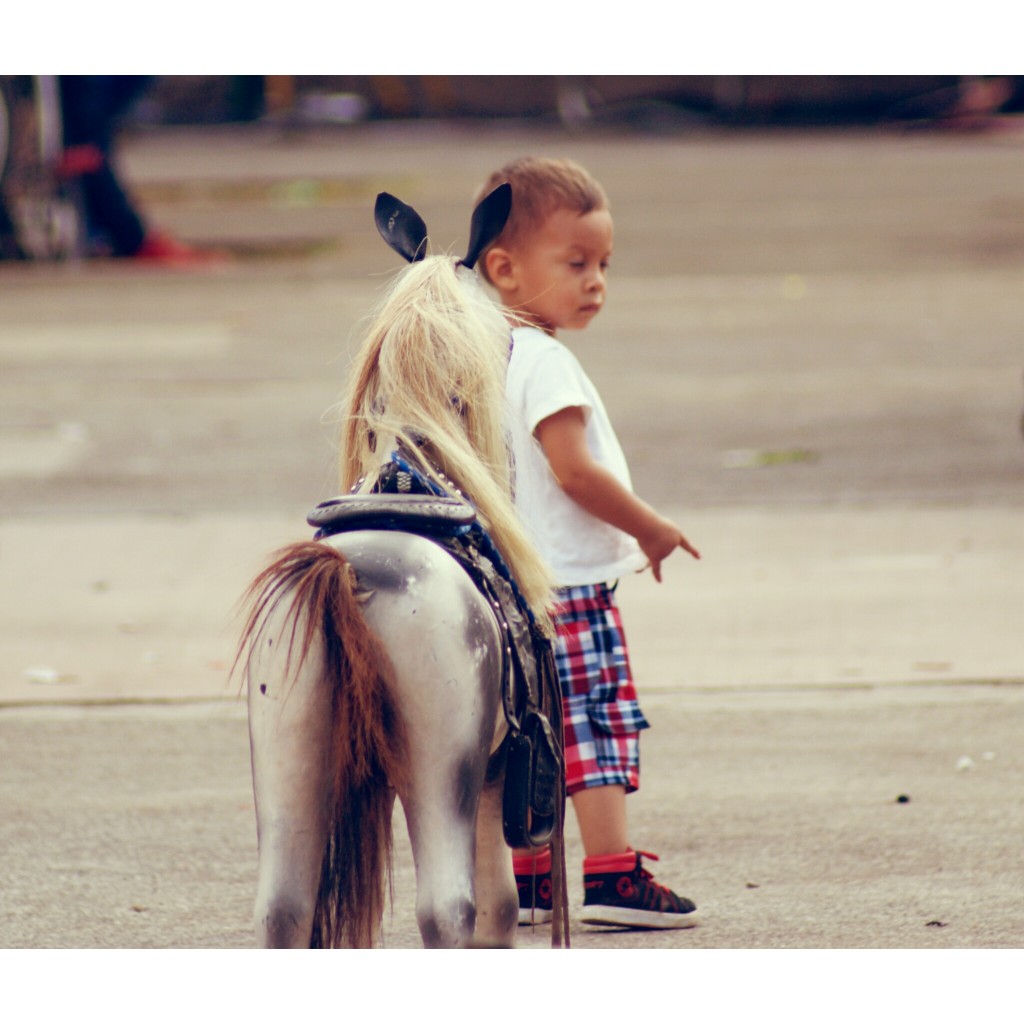 The filet mignon wrapped in bacon and topped with mushroom sauce, served with lassitude by the negligent waiter, was superb.

He’s lucky I do not take an excellent steak lightly. 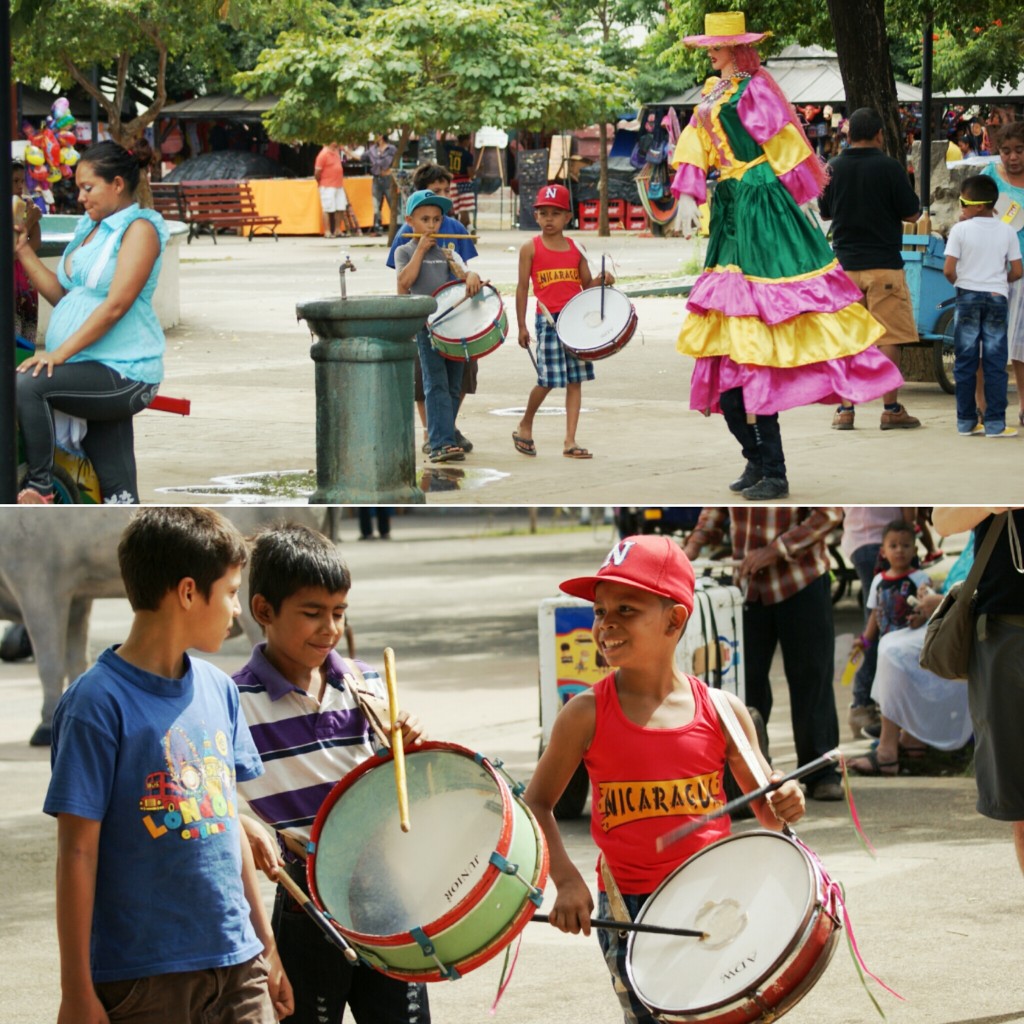 The British couple staying in the room above us appears to enjoy a rousing round of ten-pin bowling at 8 a.m., based on the loud rolling sounds echoing across their floor. 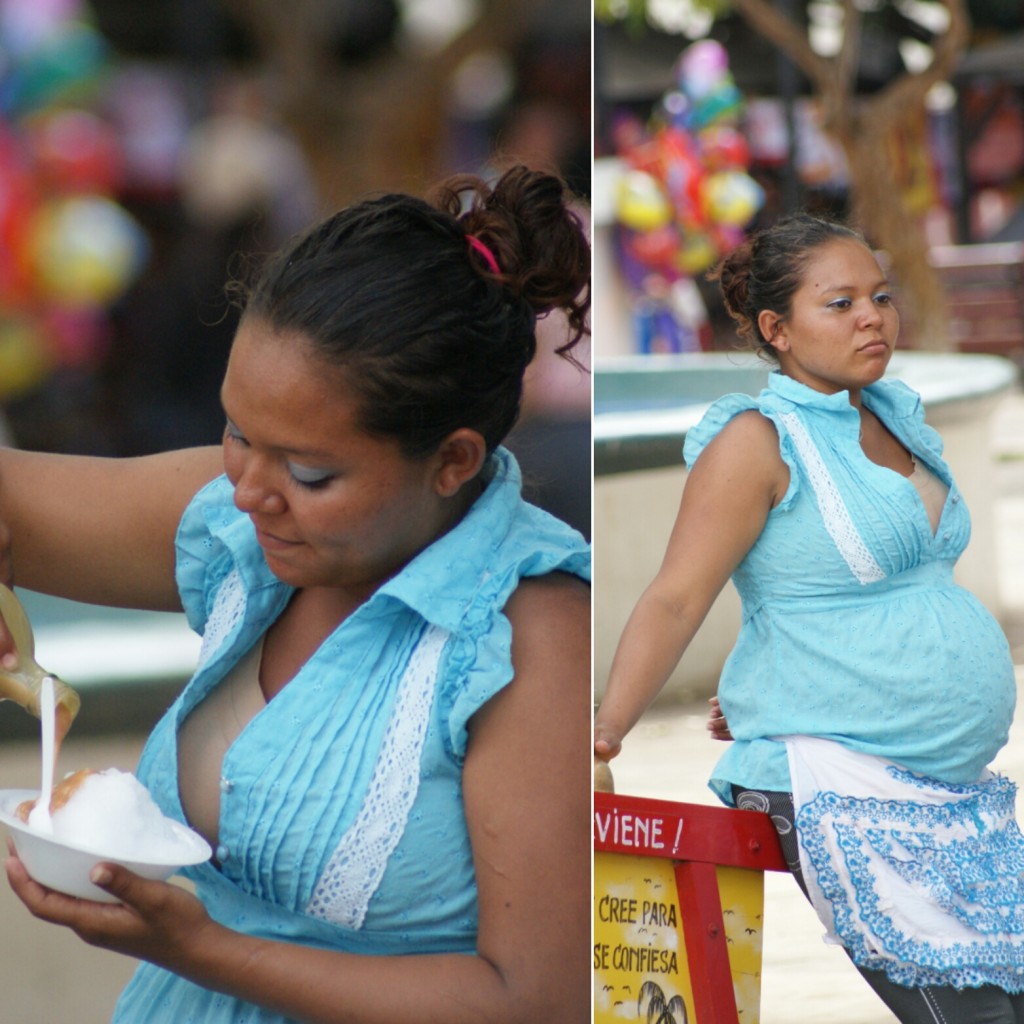 When I’ve asked the night clerk at the reception desk for some ice, she disappears into the Employees Only kitchen, and after a twenty second silence, I hear her using what sounds like a pick axe to attack the glacier they apparently keep in there.

With the triceps she’s built up from the job, I daresay she could be a fearsome serial killer.

Good thing she weighs 80 pounds. Gives us a fighting chance. 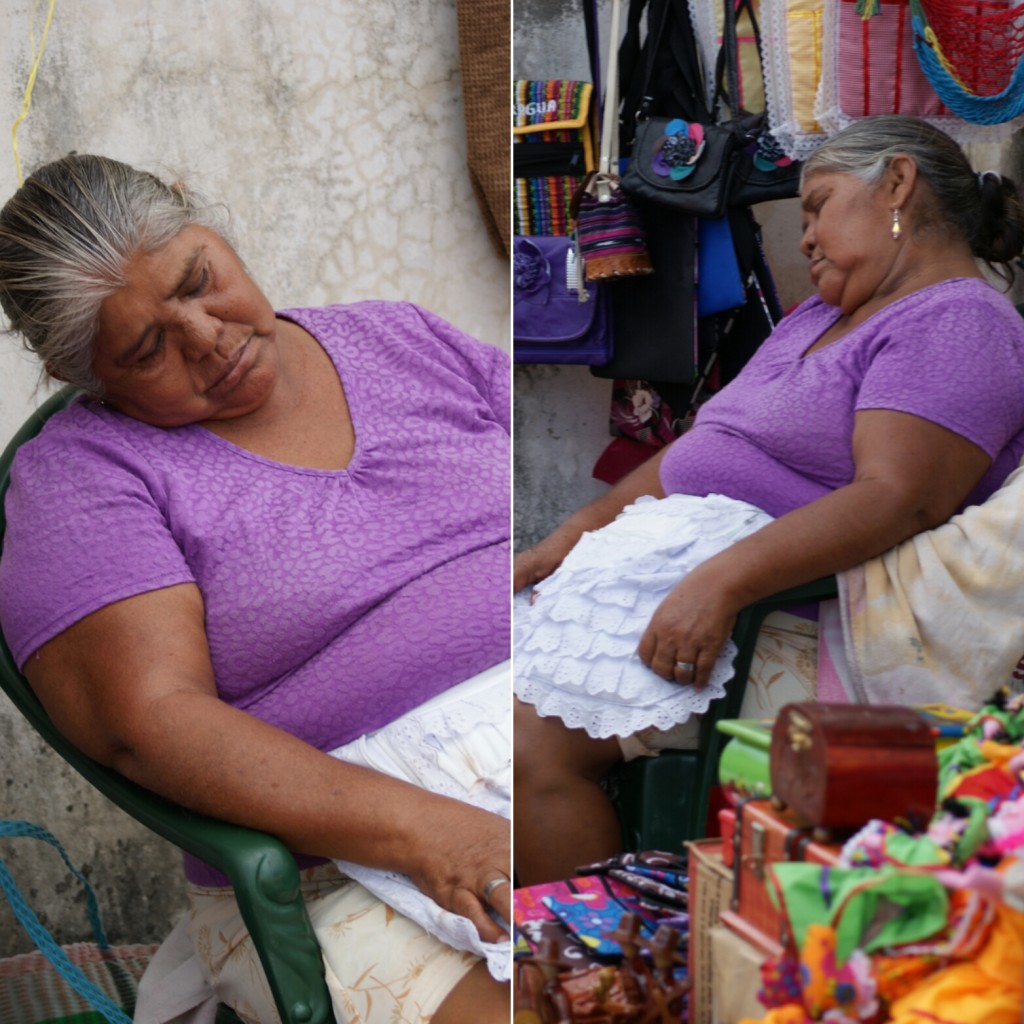 The Italian hotel guests spend, truthfully, six hours a day in their teensy suits, lounging next to the pool. Clearly, they need their fix of sun before returning to the gloomy skies of Tuscany. 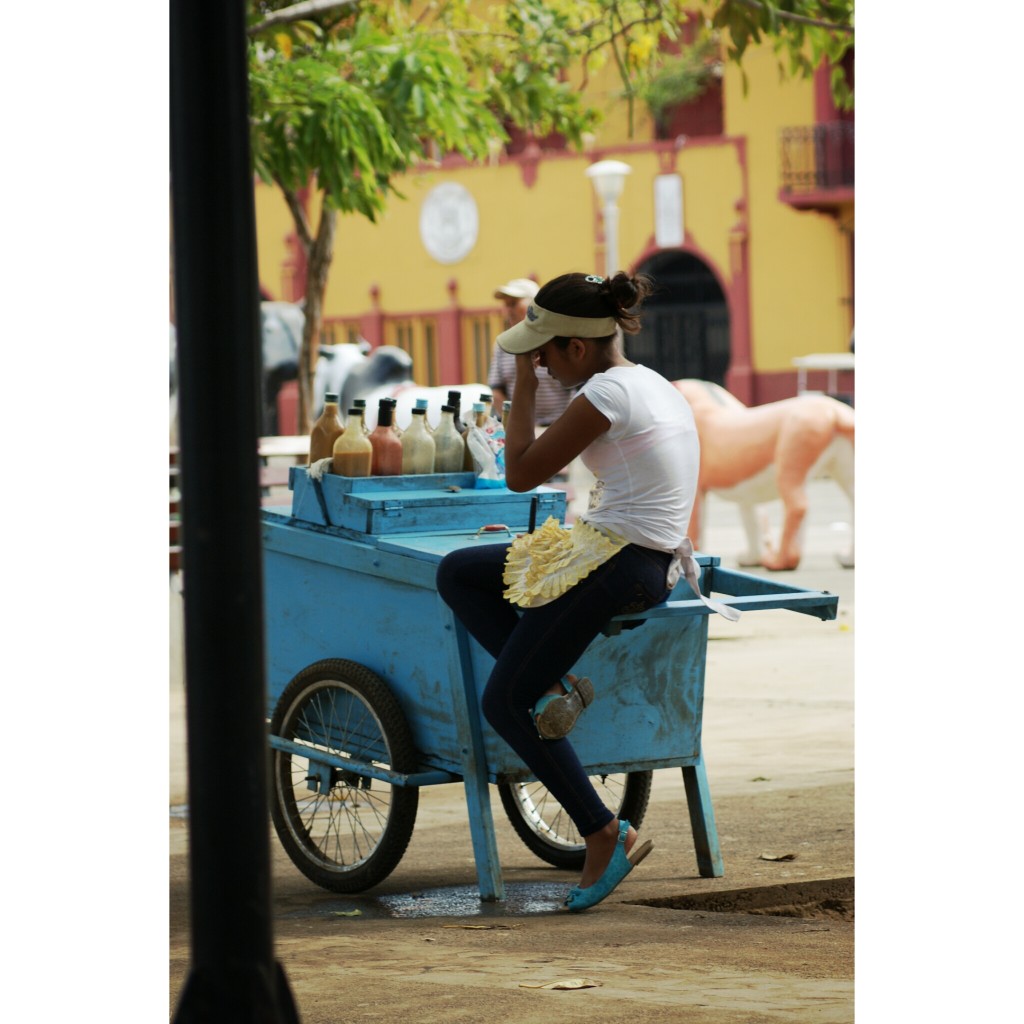 A woman who runs a “You think of it, we’ll fry it” joint a couple of doors down from the hotel was hanging out on the sidewalk, a boiling vat of oil doing its job on some plantains, when she tried to call our family in to eat. We smiled and kept moving, at which point she shifted into a technique wherein she labeled what had just walked by her door:”Mami! Papi! Ninos!” 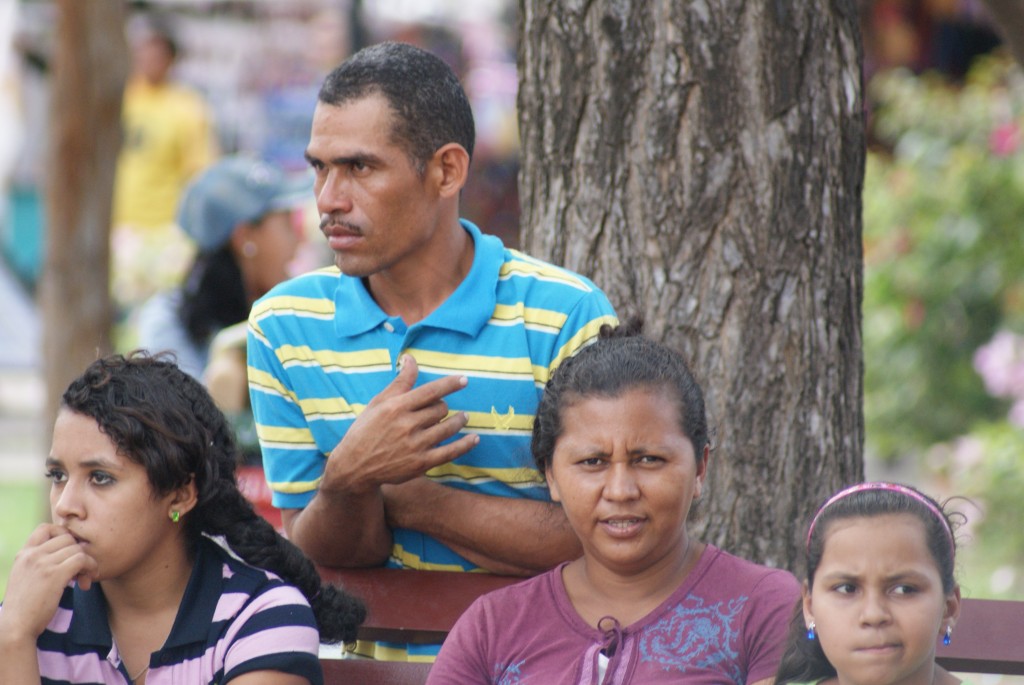 The daddies in Nicaragua are very on the job with their kids. While the mothers hang off to the side or totter along in tandem on five-inch heels, it’s Papi who carries, chases, feeds tiny mouthfuls, plays hide-n-seek, and puts his hands on the baby.

So I guess what I’m saying is: hey, ladies, go ahead and have unprotected sex with a Nicaraguan guy. 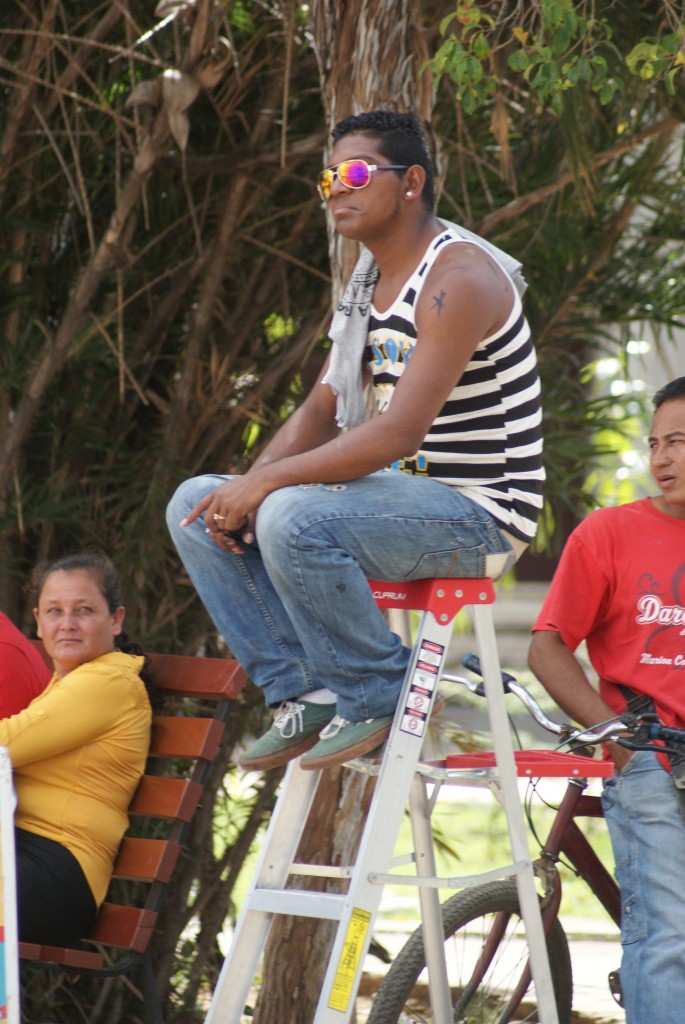 After shouting my order over the counter at a busy mom-n-pop store, the sweet mom, shoulder-to-shoulder with Pop, told me how much we owed her. To me, it sounded like “Some number, maybe a four but possibly a five at the end.” So I looked to Byron, who’s had some Spanish, but he hadn’t heard her. Then I looked to Allegra and Paco, both of whom are taking Spanish, and repeated what I’d heard. Since it had essentially become a game of Telephone, Allegra could only take a stab at what the cost was.

Still unsure, I turned back to Mom and Pop and held up my fingers, “A six and then a four?”

I was laughing, Mom was laughing, and so was the mustachioed guy to my left. He did a slow, mocking headshake, like, “Seriously, there are four of you, and you can’t figure out 64?” In return, before I considered it too deeply, I tossed him and elbow and gave him a good thump in the ribs. 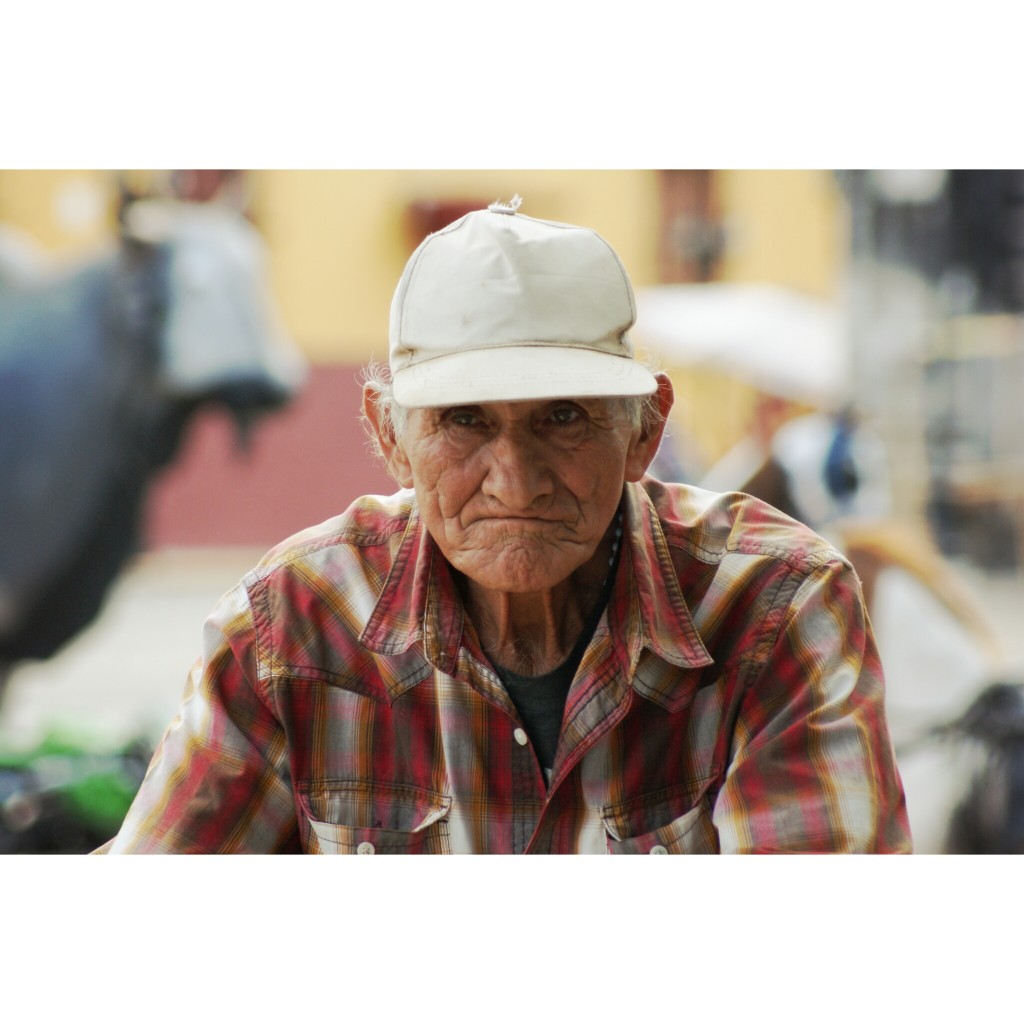 2 responses to “Faces of Nicaragua”