He has been, and in some cases still is, 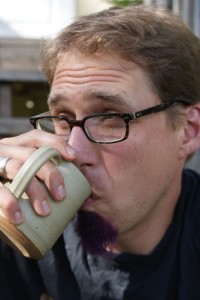 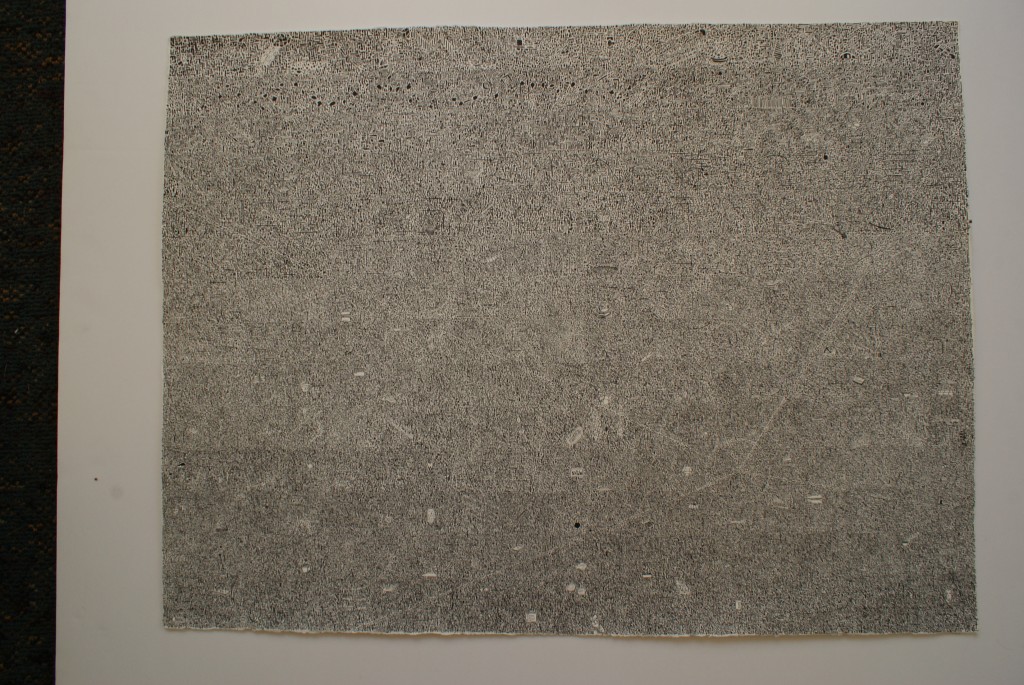 For this piece, Byron laid out 275 one-inch by one-inch squares, and then, for each of 275 successive days, drew a mini-diary entry. There’s a teensy ink sketch of a necktie for the day he went to a meeting with the mayor to strategize about how to re-imagine park funding in a way that could keep libraries open. There are also minute depictions of a shovel, an owl, a planter, a pumpkin…among 270 other Lilliputian moments of life, all harmonized by the presence of emerging sight lines that meet up in the lower righthand quadrant.

Byron, the least OCD person on the planet, makes art that presents as fairly OCD.

He had a show this past summer and spent weeks deciding which pieces to include before working on matting and framing and layout. Below, you can see where we laid out the final drawings in an effort to figure out how they’d fit on the public wall space to best effect. 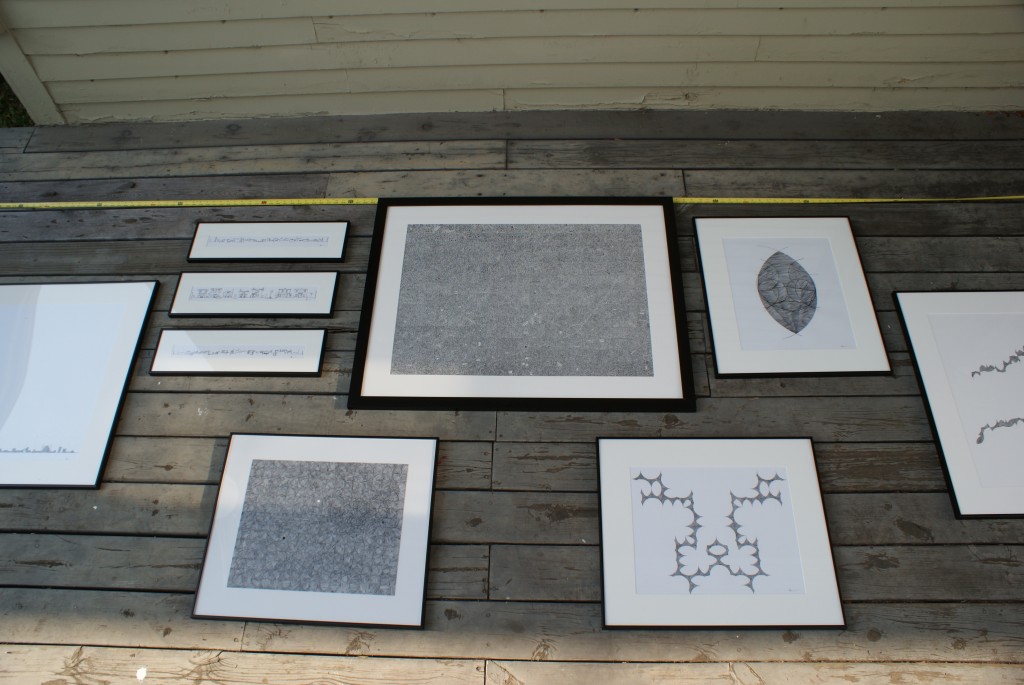 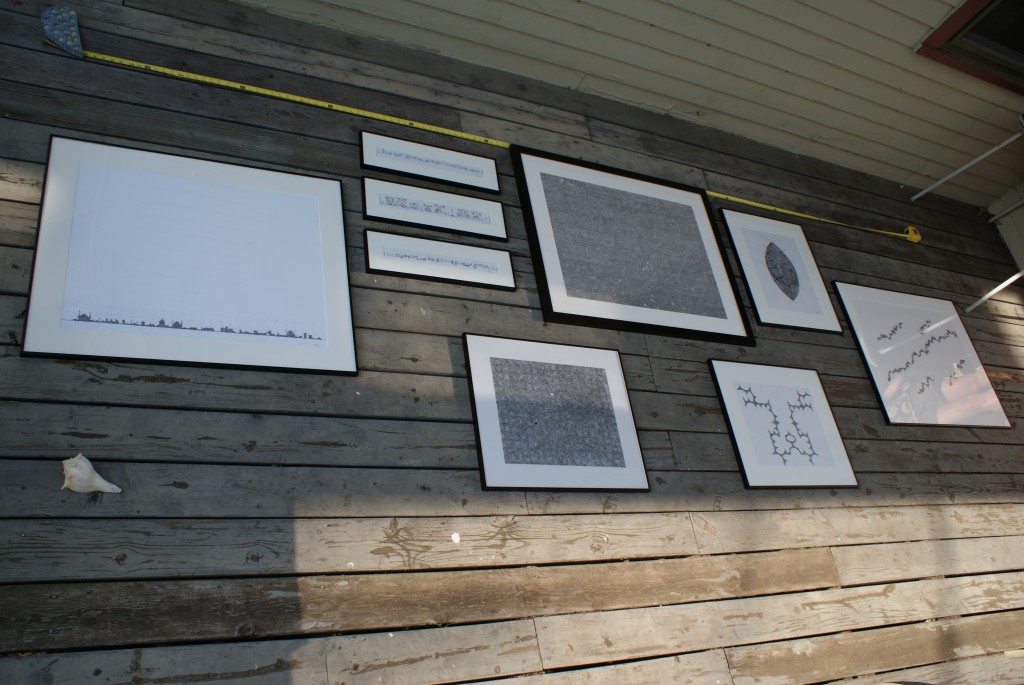 Our time living in a Muslim country affected him. Upon our return to the States, he spent some time studying Islamic art and the use of variations within sets of geometric shapes, as we had seen all across Turkey in the tile work of madrassas and mosques. Here is one result: 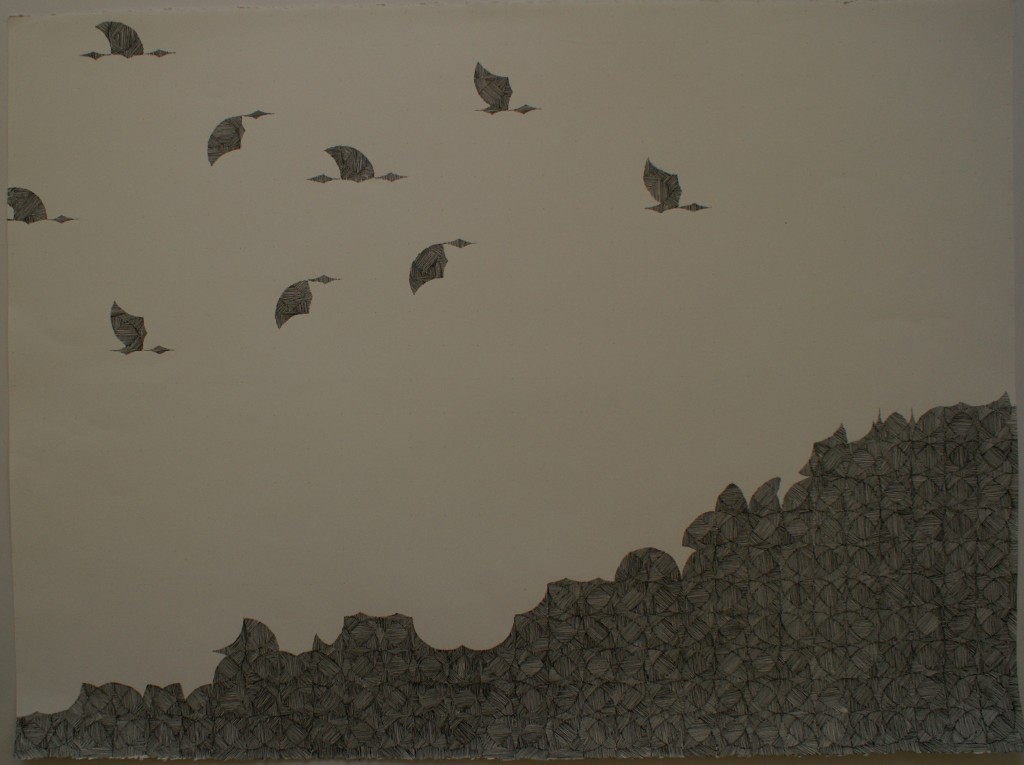 He is pulling together a website to showcase his art. Here’s a link to his “galleries” page, which includes both pen & ink drawings and digital collage: Laying Fallow. I love the precision of the pen & ink and the whimsy of the digital collages (the one with the Amish figure on the ship was a commissioned piece; he bartered his services, and, gollee, have we enjoyed the blueberry-lemon bread, pickled beets, and other baked goods from the recipient).

Tonight, we will celebrate with white bean/bacon soup, pumpkin bars, limited-release Surly Darkness beer (gaspingly expensive), and a night of music seeing his favorite group, Cloud Cult (having conveniently driven their biodiesel van to Duluth to perform on the anniversary of his birth). 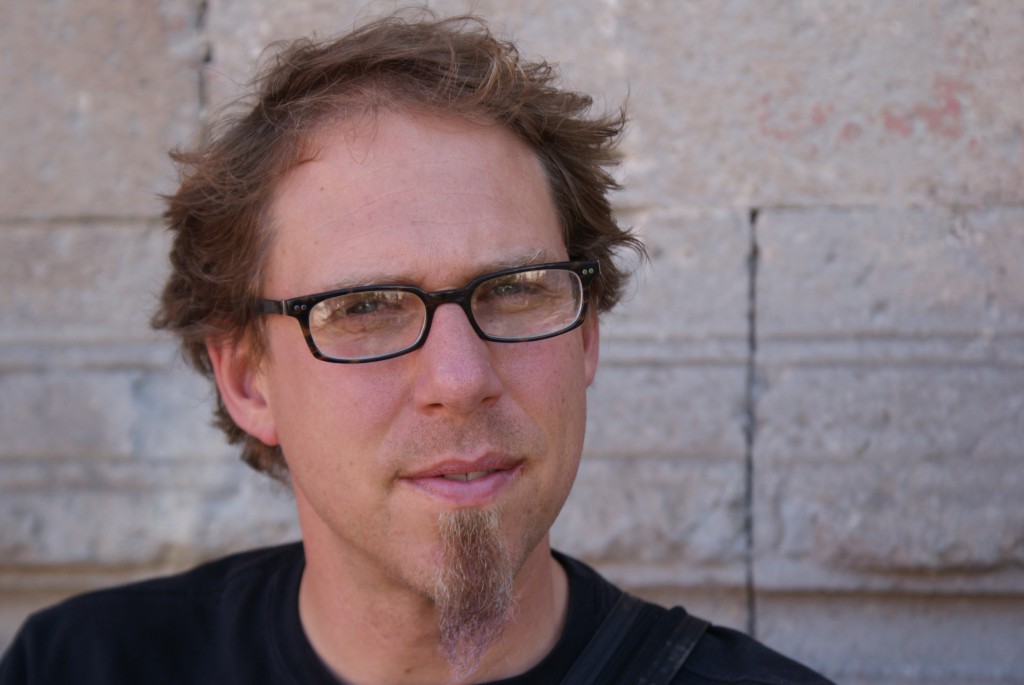 birthdays, it just gets better