If My Rack Doesn’t Give Me a Black Eye, the Catholics Will

The other day, Duluth was coated with six inches of new snow (I hate it when old snow falls–it’s all crochety and hunchy, hollers at me me to get off its lawn, and wears black socks with sandals when it mows), which means my winter attitude has been reinvigorated. See, I only hate winter when I can’t get out in it and have a proper romp. Now, the romp, accompanied by just a smidgeon of mischievous rumpus, has returned with gusto.

Indeed, since the town is soft again and not just a ginormous slab of ice covered by sleet covered by yellow ice covered by salt, I’m able to get out in it and ski and run on snowshoes, kind of like Robert Redford did down the side of a mountain when he portrayed Jeremiah Johnson in 1972, only I don’t wear big old traditional snowshoes like he did, nor do I do it down the side of a mountain, nor am I as appealing as Redford, even though I’m getting kind of craggy around the eyes and appreciate independent films. 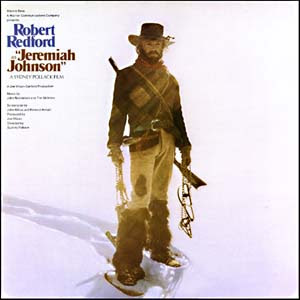 After the snow falls, so do the temperatures. Consequently, the other day when I was snowshoe running, it was about -17, which usually isn’t a problem, since I am permanently wrapped in Nature’s Insulation, aka an extra 20 pounds, which kind of makes me, in the Very Special Place that is My Brain, a super hero lady, one whose name in the mid-summer-release movie directed by Ridley Scott would be Calorie Queen (I’d blind the bad guys by pelting them with Jolly Ranchers and then restrain them with raised-donut handcuffs).

However, that particular day, even with supplemental poundage, my haunches just couldn’t get warm. What’s more, I couldn’t feel my fingers. Thus, I was doing a tragic slogging thing where I would shake my hands down to the core of the earth really hard every, um, thirty seconds, lest I return home and have to ask my husband to amputate my pinkies with the electric knife. Which would entail us getting an electric knife. And that might be worse than amputation.

The good news, in the midst of my frozen shenanigans, was that I’d dressed reasonably. Gone are my days of wearing cotton socks and a saucy tank top–and little else–for snowshoe outings. Rather, I’m all about the wool and poly-syntheticacization and layering. On my torso alone, I sported three layers (plus one invisible mantle of evil). Earlier, at home, once I’d had all the clothes heaped in front of me, it still had taken me 22 minutes to get dressed. Had I a Mammy like Miz Scarlett, we could have whittled it to 16; if I’d had the poster of a bed to clutch, we might have taken it down to 15. Support staff or not, I had put thought and effort into my clothing.

Except, huh? Suddenly, not only was I uncomfortably chilly, I was starting to veer off course without meaning to. First right. Then left. Despite my eyes being focused straight ahead, I couldn’t run a steady line. It was like all hell had broken loose on my body.

Wait a Jeremy Pivening moment, but it seemed someone had just undone my bra with whisper-fine fingers and the faint hope of an Emmy!

Wearing one of those front-closing zipper sports bras, with Mammy having neglected to lock down the zipper, I was experiencing boob vertigo. My head and body were all dizzy and powerless as they were directed by a compass beyond their ken.

Unfettered, the breasts were in charge.

Heady with the power, they charged me towards a stand of white pine. Then, changing tack, they whushed me towards the cliff overlooking the lake! What next? A round-off back-flip-flop, starring my nipples?

As The Breasts steered me towards a particularly precipitous drop-off, I realized it was time to stage a coup and maneuver some other part of my body to the helm.

But. Um. Frick. To rein in the breastual dictators, I was going to have to–

when I already couldn’t feel my fingers–

and then do some probing.

You know what I’m talkin’ about, right, fellas? It was kind of like the time in your early twenties when you tried to “convert” that nun. You were a little numb; there were yards of fabric to wade through; and then once you got to actual flesh, your efforts were little more than random flailing (during which she crooned, “Oh, sweet Jesus” and made you huff, “What? You’re calling out some other guy’s name? Real nice, Sister Mary Agatha. I think you’ve just transmogrified my lust into a little something we Lutherans call predestined disappointment”).

With it being -17, though, I only copped a quickie and managed to rein in The Little Sinners before the Father, the Son, or the Holy Ghost got a gander.

With a subdued chest, my brain was once again nominally in charge. Immediately, it started musing, “Hey, now I’m like Jeremiah Johnson again, here, running on snowshoes. Isn’t it funny how my friend Gretchen has a sister who named her baby Jeremiah Johnson AnonymousSurname? And now she insists that everybody, all the time, call that kid not just ‘Jeremiah’ but ‘Jeremiah Johnson’? Everyone’s too scared of her to ask exactly why she insists both names be used, but speculation has it that she thinks it contributes to a sense of quirky funky-ness and makes her one of those mythical beasts called The Hip Mama. But hell if I know what I think about this issue, what with me never having met the kid or the Faux Hip Mama, but now that I have no need to focus on my chest anymore, I’m kind of at loose ends here, and I have another half hour to run, so hmmm, tweedle-dee, tweedle-doo, is it just weird that she is so manic about the whole Jeremiah Johnson thing or what?”

What do you think?

19 responses to “If My Rack Doesn’t Give Me a Black Eye, the Catholics Will”