The Crying Game: Except I’m Not Hiding Anything Under My Skirt 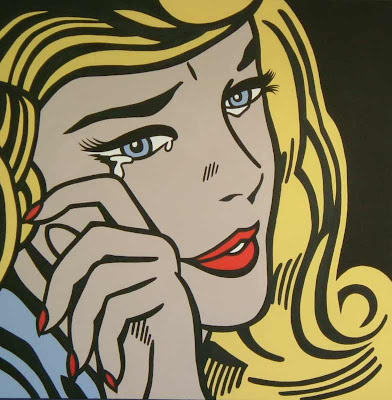 I posted a few weeks ago about needing the physical release of a good, deep cry. The comments in response to my “make me sob, woncha?” post were amazing. So far, I’ve used some of your suggestions and shed a few quiet, gentle tears. First off, I want to thank my close personal friend “Anonymous” for her terrific tip to watch something I never would have otherwise: the Catelynn and Tyler episode of Pregnant and 16 on MTV. Since we don’t have cable, I watched it online and, yup, found myself wiping my eyes. Criminy, but both teens were unbelievably aware and realistic about their chances of being good parents at the age of 16. Quite bravely, they chose to give up their daughter for adoption, despite the active opposition of their crap-ass parents (so helpful of Tyler’s father to get a weekend out of jail so he could come home and lecture Tyler about how every kid needs a father). It was immensely good for me to feel such respect and awe at two 16-year-old kids who somehow achieved a preternatural maturity. My tears were exclusively reserved, though, for the birthing scene; I will always and forever be a sobber at the moment of witnessing a birth. In fact, if you are in labor right now, as you read this post, just know I’m crying at the wonder and beauty of what you’re doing. Except maybe don’t touch the keyboard until you’ve washed up, honey.

Several fine commenters also suggested I watch P.S., I Love You, a film based on Cecelia Ahern’s book (which I’d read but forgotten). For the most part, this effort was less successful. Partially, the film never became “transparent” for me; I kept thinking, “Wow, the costume designers sure are dressing Hilary Swank in black and white a lot. Hmm, where’d they get those boots? I like those boots. I want those boots.” At that point, I tried to work up a good cry over the fact that I’d never get those boots, but then I remembered there are other boots in the world, and some of them know my address, and then I started smiling rather too broadly. Throughout the film, I was also distracted by how Gerard Butler’s self-confidence borders on arrogance; I was immune to his very studied, near-gloating cock-eyed charm. Mostly, though, the problem was that the couple of times I managed to get to the brink of tearshed, the DVD froze up. By the end of the film, the thing had frozen more than 20 times. It took me almost three hours to watch that two hour movie. However, the next day, when I returned the film to our neighborhood movie store (and bike shop!), I mentioned the freezing issue to the owner, Tony. In return, he gave me two DVD rentals free of charge that day, at which point I got a little weepy over how cool people can be. So, ultimately, I did get about 32 tears out of P.S., I Love You. You’re a great guy, Tony. Oh, crud. Here I go again. Pass me a tissue, Tito.

In truth, the cathartic release I’d been craving came at me sideways, catching me unawares. Its lack of orchestration made it perfectly gratifying. There we were, His Groomishness and me, watching the final season of The Shield on DVD. Damn, but I love it when a good show goes out in a way that enhances all the seasons that came before it. Specifically, the finale pulled together every tendril, every thread, of all the characters’ actions all along—and, thusly, catapulted the show to a higher level of quality than I’d expected. Without spoiling anything for anyone, I’ll just say there is one particular scene in the finale that revolves around a profoundly tragic gesture of love. The whole thing cracked my heart in two. When I finished sobbing and keening and blowing my nose and eventually just wiping my whole disgusting mess of a face on the couch upholstery, I turned to mein Groom and noted, “We’re going to need a new couch now,” and he agreed, assessing the quality of my breakdown, “Yea, that was a particularly good one. You’re going to be feeling good tomorrow.”

As ever, he was right.

Next up in my Calculated Stress Relief Through Sobbing plan: watching Love, Actually–which, again, I’ve seen but forgotten, as is my wont–just to see the “I’ve Looked at Love From Both Sides Now” scene with Emma Thompson and Alan Rickman.

Groom says I have to sit on the floor during it and not go near the furniture. With the kitchen remodel and all, we can’t afford the continuing cost of my tears.

16 and Pregnant, 42 and Weepy, crying, Love Actually, PS I Love You, The Shield

22 responses to “The Crying Game: Except I’m Not Hiding Anything Under My Skirt”